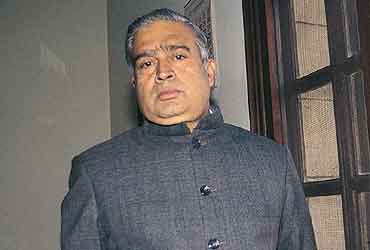 Journeys Through Babudom And Netaland —Governance In India
By T.S.R. Subramanian
Rupa Rs 395; Pages: 376
Memoirs of retired bureaucrats are an interesting genre. They give insights into governance and the dynamics of a parliamentary democracy. More interestingly, we get forthright opinions about how the innards of the ‘system’ function—or don’t—and the role of the players. Subramanian, popularly known as TSR, has adroitly weaved a story that moves from personal experience at the cutting-edge of administration to the broader vision at the policy level. With a career as varied and colourful as his own persona, TSR travelled the gamut of the IAS to reach the ‘sanctum sanctorum’, the cabinet secretary’s office.

It seems things have not changed much since TSR’s stint in the districts in the ’60s—whimsical politicians and commissioners calling the shots while young officers try to get something done. The ‘canny politician’ C.B. Gupta is, according to TSR, part of a ‘vanishing tribe’, Sucheta Kripalani seemed to have only holidayed in Ranikhet and the ‘firebrand’ Raj Narain was keener on dispensing patronage than combating malpractices. Commissioner H.C. Gupta, ICS, spent 10 days in the hills pretending to be on inspection, M.A. Qureshi’s main objective was to spend time at his home in Ballia and Bhaghwant Singh ‘lived in his own world’. While the ‘babudom’ at the top continued as if the Raj was still around, the rule of the patwari continued unchallenged. Even as cabinet secretary, TSR admits, he could not bring about transparency by pushing computerisation of land records because of resistance at the ‘local’ level. In an incredible expression of frustration with the entrenched problems facing bureaucrats, TSR wishes Cornwallis would reappear and create a ‘permanent development’ structure. He seems to forget that with strong political will, the AP and Karnataka governments have been able to provide access to land records online. It was Rajiv Gandhi who laid the foundation for this with his vision of IT.

Of course, much of the regulatory regime for commerce and industry, which TSR describes during his economic work in the government, has now been dismantled but the era of shortages in industrial raw material did give bureaucrats immense power. International trade was another sought after field. The battle for turf was vicious and TSR describes the jockeying (including his own) for glamorous postings in Delhi and abroad. He is frank enough to admit that sometimes he lost! Nevertheless, despite adversaries, he did become UP Export Corporation MD; joint secretary, commerce; advisor in the ITC at Geneva; and Union textile secretary. These included ambassadors like the ‘rabid, dogmatic, impractical’ S.P. Shukla, the ‘bull in the china shop’ Muchkund Dubey, the ‘little knowing’ A.P. Venkateswaran and the naive L.K. Jha, Romesh Bhandari and R.N. Malhotra. He also takes a swipe at some economists who were advisors ‘for all seasons, nimble-footed, quick thinkers with the ability to justify any course of action’. He hesitates to take names here, one wonders why! Perhaps selectivity while writing memoirs is inevitable. Yet, to be fair, TSR does accept that he has also been ‘a beneficiary’ of an international ‘haven to accommodate a few fortunate proteges’. #Without spice, such memoirs tend to become pedantic. Surviving three-and-a-half years as chief secretary of a problematic state like UP is no mean achievement. This, in the aftermath of the Babri demolition—which brought pressures from the home minister, the likes of Chandraswami and even the Sahmat Trust—required a skilful balancing act. TSR performed this with finesse and continued to do so with Mulayam Singh despite ‘political interference in the matter of transfers’, which reduced the chief secretary to a non-entity. While bemoaning the situation in the states, TSR says the situation also deteriorated at the Centre. He should know. As cabinet secretary he could not reverse the downslide; today, a joint secretary cannot get a posting in Delhi without a political godfather and ministries get a change of secretary every three months. On the contrary, he admits the principal secretary to the PM has ‘fully overshadowed the role of the cabinet secretary and become the dominant power centre in India’. Strong words indeed. Commenting on the present, TSR states frankly that ‘Brajesh Mishra’s own domestic administrative experience in India is scanty’, representing ‘Vajpayee’s status quo objective of how to proceed for five years showing a lot of activity with no real action’.

TSR is somewhat less than objective too and many could take umbrage at his views. But then personal accounts are seldom without the author’s own predilections and he makes no bones about this. A good read, even though it’s more an individual journey rather than musings on governance.