How transparent are appointments to our highest court? 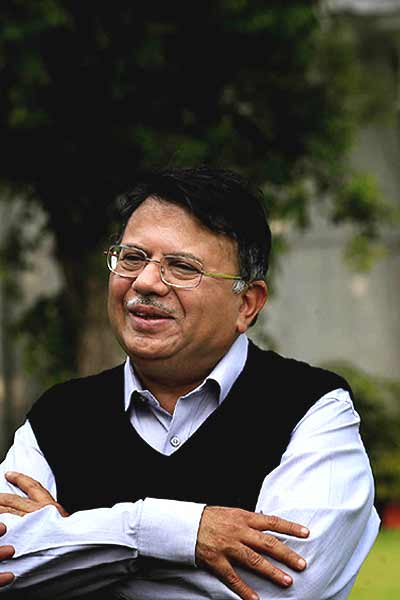 Rarely has a judicial figure struck such a chord with civil society, rarely has a judge’s not being elevated to the Supreme Court generated so much controversy. Former Delhi High Court chief justice Ajit Prakash Shah’s landmark judgements on the rights of the disabled and homosexuals and on bringing the office of the Chief Justice of India under the ambit of rti grabbed headlines and were widely lauded as modern, liberal and democratic. So when he was not moved to the apex court and had to retire on February 12, the obvious question on everyone’s mind was: why was this good judge kept out?

It is not clear if the Chief Justice of India, K.G. Balakrishnan, was in favour of Shah’s candidature or not. However, Supreme Court judge S.H. Kapadia is believed to have been the chief dissenting voice in the five-member collegium which decides who should or should not move up to the Supreme Court. Sources attribute this to a professional rivalry dating back to Mumbai when both were judges. Others, however, talk of Kapadia’s unhappiness with two verdicts Shah delivered as the chief justice of the Madras High Court; the former is believed to have told lawyers who met him that the judgements were made for “extraneous reasons”—that is, considerations not germane to the case influenced the judgements.

If true, this could be a serious charge against Shah. However, strangely enough, nothing of this sort has been put on record. Nor have the two questionable judgements identified before the legal fraternity. Sources, in fact, say that Justice Shah himself is keen to know which cases these are so that he can defend his judgements.

The specific reasons apart, Shah’s exclusion has raised general questions about the process of selecting judges for the Supreme Court. What are the norms for such appointments? Conversely, what are the reasons for rejecting a judge? Are the reasons cited put down in writing? Are appointments made after consultations with the legal fraternity or do they rest on the preferences of a single individual?

From what has been reported in the media, Shah appears as anguished as anyone else who believes in a transparent, accountable judiciary. Equally baffling to all is that while Shah has not been considered for elevation to the Supreme Court, the court collegium has been silent on its own recommendation of Justice P.D. Dinakaran, against whom there are several allegations of land-grabbing. Going by press reports, of the five names suggested by the collegium for elevation to the Supreme Court, Dinakaran is one.

All this comes as no surprise to former CJI J.S. Verma. The history of the Supreme Court, he says, is full of instances of good legal luminaries being kept out of serving the court. “The question one should be asking is how to ensure that the most suitable get appointed,” says Verma. Other legal experts are realistic enough to point out that several factors like caste- and region-wise representation, religion and politics do come into play. Senior Supreme Court advocate Anil Divan feels there should be a separate statutory body to look into appointments. “Have a body which has a senior judge, outstanding civil servants and respected members of civil society who will be entrusted with the responsibility of selecting judges,” he advocates.

Shah’s omission, says senior advocate Prashant Bhushan, underlines the absence of clear criteria in the selection of judges. “Are factors like judicial temperament, sensitivity towards the common man and transparency in making the names of judges public being considered at all?” Bhushan asks. At present, he says, all that’s offered as reason for appointing judges is integrity and competence. How do you measure these, he wants to know.

Right through the ’80s till the present, several instances have surfaced from time to time when senior judges have failed to move up while their juniors have marched ahead of them. As many as 43 chief justices of 18 high courts have retired without being elevated to the upper court since the ’90s. Some have even quit in protest.

A question legal experts often ask is whether the apex court follows its own judgements vis-a-vis appointments. In a historic judgement by a nine-judge bench in 1993, the judiciary took over the rights of appointment from the executive on the premise that appointments should not rest on the whims and fancies of a single individual. But has exactly the same happened in Shah’s case? Was Kapadia the only one opposed to Shah’s candidature or did all members of the collegium opposed his appointment? Did one judge stand in the way of this appointment? The 1993 judgement also says the opinion of all members of the collegium with respect to each recommendation should be put in writing. Something, experts say, that is hardly observed. “The collegium,” senior lawyer Rajeev Dhawan concludes, “has created a cabal in court and we know nothing about how this cabal functions”. Who is to judge those who judge us?