Saugata Roy speaks his mind on land, then sits out 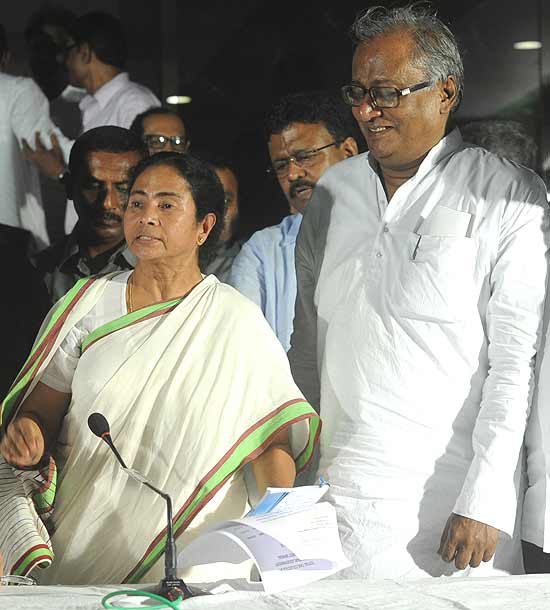 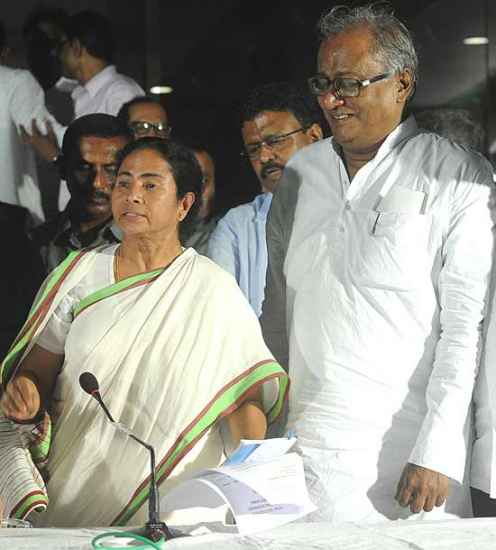 Grabbing farmers’ land triggered the downfall of West Bengal’s Communists, clearing the decks for the Trinamool Congress’s march to power with Mamata Banerjee at the helm. After 22 months, land is still such a touchy issue for Mamata that any partyman talking out of turn about land is sure to be grounded, as the fate that befell senior Trinamool MP Saugata Roy illustrates.

Saugata—suave and erudite—doesn’t admit it but Mamata has reportedly given him such a dre­ssing down for blabbering in public about the non-availability of land in Bengal for new industries that he instantly resigned from the high-powered advisory council on industry. Mamata had inducted Saugata into the council and instr­ucted him to formulate a draft pol­icy for ind­ustrial rejuvenation after pulling him and five other MPs out of the UPA-II ministry in Sep­tember. Now, he is in the doghouse for defying the party line on the sensitive issue of land acquisition, and for publicly clashing with Partha Chatterjee, industry minister and a Mamata loyalist.

Saugata submitted his report to the CM with a covering note dated January 8. Branding Bengal a “land-scarce state”, he reasoned that as big-ticket investm­ents were not possible, it would be prudent to focus on medium, small and micro enterprises which generate emp­loyment without being land-intensive. The report incorporated suggestions of various chambers of commerce and nine prominent industrialists.

But neither Mamata nor Partha Chatterjee took cognizance of Saugata’s report beca­use it flew in the face of the TMC government’s stand that Bengal has as much land to offer industrialists as Guj­arat, Mah­arashtra and Karnataka. The lull was broken by a financial daily which published Saugata’s recommendations, creating a furore. While Chatterjee reprimanded Saugata for lowering the gov­e­r­nment’s image, Mamata’s ton­gue-lashing compelled the high-profile MP to put in his papers.

“Here we are pulling out all stops to woo big investors and Saugatada anno­unces that they need not come because there is no land for setting up big industries”, Chatterjee told Outlook angrily. “As a young student I assisted Saugatada when he was Pradesh Congress general secretary. Today, I’m very disappointed. The advisory council has big names like Sam Pitroda, Narayana Murthyji and Kiran Karnik. But Saugatada thinks he is wiser and smarter.”

The spat reveals Mamata’s distrust for those who left TMC and rejoined it later. Saugata walked out on her twice.

“Is land available on Mumbai’s, Bangalore’s or Ahmedabad’s doo­rsteps? We too can provide land at a reasonable distance from Calcutta. How far are Hal­dia or Kalyani? It’s criminal to indulge in loose talk when Ben­gal’s future is at stake. Saugatada talks about medium, small and micro industries. But they can survive only as ancillaries of big industry,” remarked Chatterjee.

Saugata, significantly, has stuck to his guns after stepping down as Didi’s advisor. “I stand by my report. I have done a thorough job and arrived at certain conclusions which are valid in my opinion,” he told Outlook after a long day in the Lok Sabha fighting for causes dear to the Trinamool, like the neglect of Bengal in the new rail budget.

An industrialist whose name figures in Saugata’s report says that the controve­rsy is bad news for Bengal. “The industry minister and the industry advisor hold diametrically opposite views. The TMC is running the state administration for the first time but such squabbling knocks the confidence of the business community even as the media goes to town slamming the regime.”

The spat also reveals Mamata’s distrust for those who left Trinamool and rej­oined when it suited them. Unlike Chatterjee, who has been by her side since the party’s bir­th in 1998. Besides Cha­tterjee, Mukul Roy, former railway minister and Didi’s second-in-command, minister Firhad Hakim, MP Sub­roto Bakshi and Calcutta mayor Sovan Chatterjee are like the CM’s fam­ily members. Saugata, in contrast, had deserted TMC twice. He also conte­sted a Lok Sabha election against Didi, which is held against him even today and probably explains his current discomfiture.