Qaidi No. 3351 at Hotwar jail is no ordinary prisoner. Phone calls go out to new legislators, and at the other end is a certain voice that resembled Laloo Prasad Yadav. 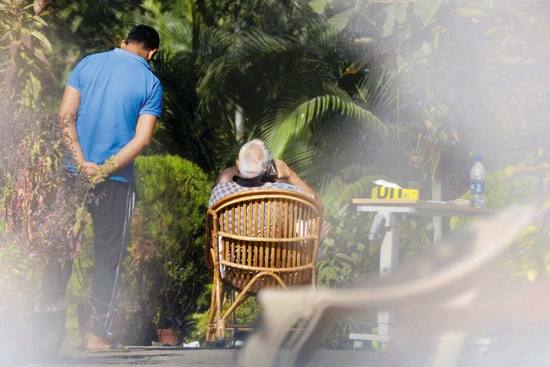 Qaidi No. 3351, serving time at the Hotwar jail in Ranchi, is no ordinary prisoner. But then, Laloo Prasad Yadav is no ordinary politician either. A long stint in prison after his conviction in multiple fodder scam cases has not prevented him from playing eminence grise in Bihar politics, pulling strings from behind the scenes in his alleged bid to topple the newly-elected Nitish Kumar government.

A day before voting to elect the new assembly Speaker late last month, BJP’s Pirpainti legislator Lalan Paswan received an unusual phone call, allegedly from none other than Laloo. Lalan says he initially thought that the RJD president had called him up to congratulate him on becoming a legislator. But it was not long before he got a different message. “Laloo -ji told me to skip the voting on the pretext of Covid infection to help topple the NDA government,” he says. “At first, I was happy that a big leader had called me up to congratulate me but I was dismayed to learn that he wanted to involve me in a conspiracy to topple the government,” he says. “I am sad that someone known as the champion of social justice made a brazen attempt  to buy a poor and Dalit MLA like me.”

Paswan has since reported against Laloo under the Prevention of Corruption Act with the vigilance department in Patna. “It is a common refrain that Dalit and poor people can be bought. When will this perception change?” he asks.

Curiously, the matter came to the fore when BJP leader Sushil Kumar Modi, Laloo’s long-time bête noire, tweeted about it, even making public the number used to call Paswan. Sushil claims when he called back, Laloo himself picked up the phone. “I told him not to indulge in any such manoeuvre from jail since he will never be successful,” Sushil tweeted. Chief...