One Man And His Party

Vajpayee's legacy notwithstanding, it will pay to be wary of a 'Hindu' BJP 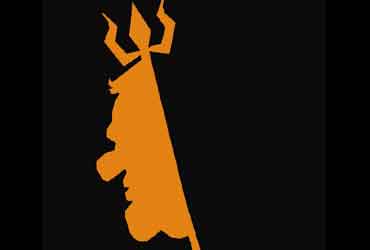 outlookindia.com
-0001-11-30T00:00:00+0553
Ever since the state assembly elections two months ago, Atal Behari Vajpayee has been the darling of the Indian intelligentsia. Those elections were fought on every issue but Hindutva. Virtually from the day after Narendra Modi's electoral victory in December 2002, Vajpayee has spared no effort to wean the BJP away from the lure of Hindutva, and put Modi and the VHP back in a tightly sealed box, where they belong. In this he had the quiet, unflinching support of L.K. Advani and, less openly, of RSS chief K.S. Sudershan.

The electoral victories of December '03 crowned Vajpayee's strategy of moderation with success. The breakthrough in relations with Pakistan at the Islamabad SAARC summit sealed his absolute ascendancy in Indian politics. Today, Vajpayee is seen not as a politician but as a statesman who has risen above party politics in his devotion to the nation. He has taken advantage of this to move his party even further away from communal and sectarian politics. As a result, the coming polls will be the first ever in India that will be fought on the issue of economic performance and not solely on the traditional ones of caste, community and dispensation of favours.

In electoral terms, the Vajpayee strategy is likely to confer an immense bonanza upon the BJP in the coming parliamentary elections, for it has enabled the party to seize the political centre of the country. Today millions of voters who belong to the middle of the political spectrum have all but forgotten their earlier distrust of the BJP and have begun to identify it with Vajpayee and his policies. Herein lies the most serious danger to Indian democracy. For Vajpayee is not the BJP. On the contrary, he is an aberration—a Gandhian who joined the RSS when he was still a child, but has remained true to his commitment ever since. And Vajpayee will not live forever.

The true face of the BJP peeps out every so often in the statements and actions of other party leaders. The most recent example was Pramod Mahajan's statement at a press conference on Republic Day that the country needs a law that will bar not only all those who are not Indian citizens by birth from aspiring to the office of PM, but also all those whose parents are not Indians by birth.

One does not need to look far to see what triggered Mahajan's proposal: it was the tumultuous reception that Rahul and Priyanka Gandhi received in UP during their debut into politics two weeks ago. A law on the lines that Mahajan has proposed would not only knock Sonia Gandhi out of politics but her children as well. Needless to say, it cannot be passed in the current Parliament. But Mahajan has put India on notice: if the BJP and its allies come back to power, they will lose no time in enacting such a law.

Admirers of Vajpayee—who are even now girding themselves to vote for the BJP because this will keep the economic reforms and detente with Pakistan on track—are likely to dismiss Mahajan's statement as a knee-jerk reaction to this reminder of the crowd-pulling power of the Gandhi family. They would do well not to be so sanguine. Were such a law to be passed, the Congress would lose whatever coherence it still retains and rapidly fall apart. The BJP would emerge as the sole national party and its dominance of the nation would become unchallenged. It could then look forward to winning the next parliamentary elections, in 2009, virtually by default and would thus have a full 10 years in which to usher in its concept of a Hindu rashtra.

New converts to the BJP are likely to challenge this assertion. Where, they will ask, are the old warhorses of the BJP's election platform? Where is the demand for a uniform civil code, for the abolition of Article 370 of the Constitution (pertaining to Kashmir's special status), and the construction of a Ram temple at the site of the Babri Masjid in Ayodhya? Not one of these finds a mention in the BJP's election platform any longer.

The answer is that these old demands have been dropped because they have served their purpose and would now be albatrosses around the BJP's neck. They helped to catapult the party to power between 1991-98. Today it is dropping them and doing so ostentatiously for it helps to reassure coalition partners and to draw secular middle voters into the BJP's fold.

What the BJP will do when it feels that it has a sufficiently secure grip on power is reflected by its quiet but systematic demolition of the country's education system. In the past five years, Murli Manohar Joshi has rewritten the history textbooks used in secondary education to virtually eliminate the Muslim period of Indian history. He has packed educational oversight bodies like the Indian Council of Historical Research, the Indian Council of Social Science Research and the ugc with his own party ideologues, and steadily increased their powers of oversight over colleges and university departments in order to prevent 'socialist' and 'pseudo- secular' thinkers from having any say in their working. At the same time, goon squads of the Sangh parivar and the Shiv Sena have physically threatened world-renowned scholars like Romila Thapar and Irfan Habib.

What the BJP has quietly undertaken is the systematic brainwashing of the youth of this country. It knows that this is the surest way to usher in a Hindu rashtra. And it does not mind waiting 10-15 years to do so. In Gujarat, we have already seen how a decade of brainwashing can turn an otherwise gentle and industrious people into beasts. That is the direction in which the Sangh parivar wants to take the rest of the country. Using constitutional amendments to bar Sonia Gandhi and her children from politics, in much the same way as Musharraf barred Nawaz Sharif and Benazir Bhutto, is the fist essential step in the achievement of this long-term goal.