Once Upon An Erissery

Authentic Malayali cuisine? The old days are gone, now we must digest caricatures. 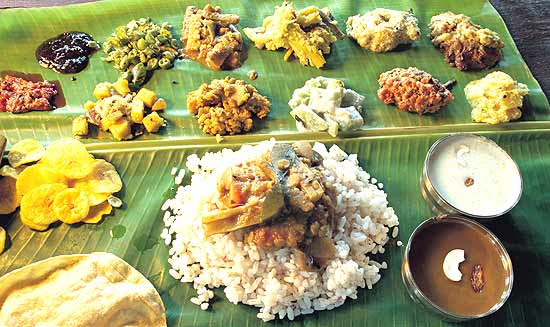 It looks like one can’t write about food without introducing an element of nostalgia. The food of long ago always seems more mouth-watering. The food I grew up with in an almost inaccessible village in Kerala in the ’50s and ’60s seems to me irreplaceable. I couldn’t get it today if I went back to that village because my mother’s generation has gone, and the cuisine went with it. The next generation of women came in armed with recipes that emerged from a ‘home science education’. They had an inescapably manufactured feel to them, though were perhaps simpler to cook.

But the most important change has been in the farming environment itself. The coming of rubber, which is a stand-alone plantation, into the average farmer’s life in the ’50s, brought almost to a complete end the cultivation of the fruits and vegetables that made up our eating world. Even big trees like the jackfruit were cut down to make way for rubber. Unbelievably, the coconut tree, which dominated our world, went on to become near-extinct. Pastures disappeared, and the cows went with them.

Almost everything we ate came from the farm, except of course ‘foreign’ things like potato, cabbage, grams, onions etc. And everything was fresh, because fridges were unknown just as electricity was. Hens gave eggs, cows gave milk and we knew which particular bull, belonging to whom, had met the end of his days to give us beef on Sundays. But rubber threw it all out, giving us, instead, some degree of financial security. Nostalgia is no match for hard cash.

Then there would be evenings when, on return from school, we’d find such-and-such friend well cooked....

So what was it that was eaten in my sort of village home? When I answer that question, I must also add that my village menu does not have any claim to being representative of a universal Kerala cuisine. Not only do food habits, styles and flavours change from district to district and region to region, even the most common recipes get modified from place to place. Each community has its own distinct food style. Not only are the Hindu, Muslim and Christian styles well-defined in flavour, taste and preference but within each, the styles go deliciously haywire: Namboodiri, Nair; Malabar Muslim, Travancore Muslim; Syrian Christian, Latin Christian.... Perhaps the only thing that doesn’t change is how rice is cooked. You can’t innovate too much with that.

It was in our breakfast spread that some universal Malayali elements were present: dosa and coconut chutney; idli and sambar or chutney; puttu and meat or kadala (black chickpea) curry; appam and potato or meat stew. (If historians are to be trusted, all these actually came from Sri Lanka centuries back.) In the jackfruit season, raw jackfruit cooked with coconut, chillies and a delectable home-made masala was the ubiquitous presence on the breakfast table. It was the same with tapioca (cassava) in its season. Next to rice, these two products, one a fruit and the other a tuber, dominated our menus. 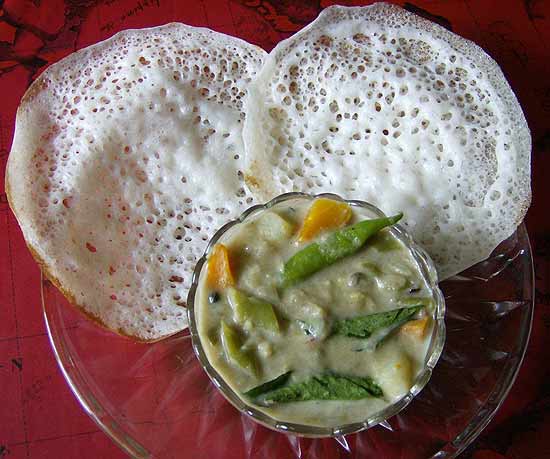 Black coffee, prepared from the farm’s coffee beans, would be kept in a big pot near the fireplace and that was the staple drink (milk added for children). In season, mangoes, both raw and ripe, provided delicious add-ons to the rice meal—perhaps the most famous were fruit mango curry, a sweet and sour wonder, and chakkakuru-manga curry, a brilliant combination of jackfruit seeds and raw mangoes, cooked with coconut, chillies and a simple home-made masala.

Chicken, goats, bulls and pigs were all in our friendship circle. So when it came to having to see one of them, well-cooked, on the dining table (which is just a phrase; we ate sitting on the ground), there was a serious ethical problem. We quarrelled and even cried against slaughtering our friends. Somehow, we didn’t think friends were for eating. But there would be an evening when, on return from school, we would discover to our horror that such-and-such friend was missing. We would rebel by refusing to partake of the friend’s meat, even in the face of threats and terror tactics.

But my personal nostalgia doesn’t count. Original Malayali cuisine, as created by the various communities and geographical regions, is traceable today, perhaps, only to a few thousand Kerala homes—but there is no knowing who they are, unless you have one in your personal circle. What is being served in the large majority of Kerala’s restaurants as Kerala food is bilge.

Till a few years back, the situation was that if you asked for Kerala food, for example, at a Thiruvananthapuram restaurant, you would get in return an unbelieving and contemptuous stare. Is he crazy? To be respectable, you had to order Mughlai or Chinese and be ready to eat the horrors cooked up under those labels. With the coming of tourism and the hard-sell of ethnic Kerala percolating down, the contempt has been replaced by unspeakable muck masquerading as Kerala food. I pity the poor North Indians and the foreign tourists who are the ready victims of this monstrosity.

Once I left Kerala, I was lucky to get my taste-buds trained in virtual heavens of fine eating like Mysore, Bangalore, Delhi and Chennai, with a little Calcutta and Bhubaneswar added. It’s very unpatriotic, but seeing what lurks around here as food, I feel that as a culinary civilisation Kerala’s doomsday has arrived, among several others in the pipeline. On this sad note let me fall into a salivating dream about Delhi’s Pandara Road market eateries and other such kingdoms of heaven.

(Paul Zacharia is a novelist/essayist based in Thiruvananthapuram.)