Once Upon A Bard

The role of Valmiki has transformed a hardened convict into a gentle soul, much like the sage himself 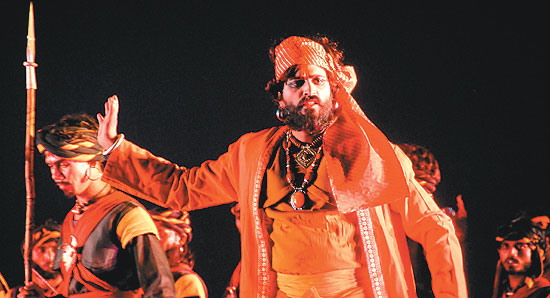 “Thou canst grow downward into the lower nature which are brutes. Thou canst again grow upward from thy soul’s reason into the higher natures which are divine.”

I have done some very bad things,” Vicky says from his prison cell in Calcutta’s Presidency Jail. The 30-year-old is six feet tall, he has grown a beard and wears his hair long so he can look the part he’s playing—the lead in Tagore’s musical drama Balmiki Pratibha, which traces the life of the sage Valmiki, who wrote the Ramayana.

Vicky doesn’t just look the part. There are those who say this well-to-do boy from a Kerala Christian family living in Calcutta, who was convicted for the kidnapping and murder of a businessman for ransom nearly a decade ago, has made the same internal journey from evil to enlightenment as did Ratnakar, the dreaded dacoit of the ancient world who become the sage...