More from Sheela Reddy
View All

When the Mercedes office in Pune got a call two months ago from Aurangabad, a city better known for the nearby seventh century Ajanta-Ellora caves than for its industrial growth, the salesman at the receiving end was not impressed. Not even when the caller told him that they wanted to book at least a 100 Mercedes cars, the largest-ever bulk booking of the luxury car in India. “We’ll call you back,” he said, but never did. 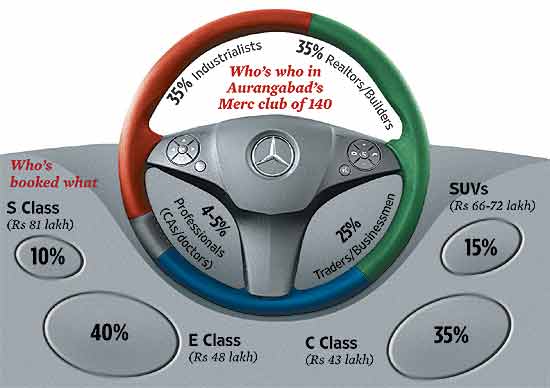 It’s an attitude that raises the hackles of Aurangabad’s mushrooming new billionaires. It’s an uphill task, they say, to convince anyone outside Aurangabad that there’s big money in this small town, once touted as Asia’s fastest growing city but better known for the ‘industrialists’ from outside who milked the state government dry of subsidies and vanished overnight. “We resent being called a backward town,” explains Sachin Nagori, a builder who, like many of the city’s rich, has made his fortune from scratch in the last 10 years. “Even MacDonald’s and Pizza Hut haven’t set up shop here as yet,” Nagori says, adding that a few years ago when Aurangabad’s entrepreneurs wanted Skoda to open shop here, they had to make a trip to the parent office with a Czech interpreter to persuade them. Fed up with the patronising tone they get from metros and multinationals alike, Nagori persuaded his friends and business associates to book their Mercs in bulk—140 of them at last count. “It was time to tell people outside that Aurangabad, far from being backward, has the potential to be another Pune.” 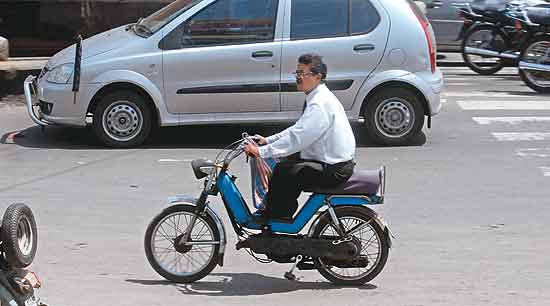 The moped is still seen in the city