On The Take, It's Big Deal

Two days after Judeogate, we went back to get the voters' mind. Jogi, Judeo stand tall. 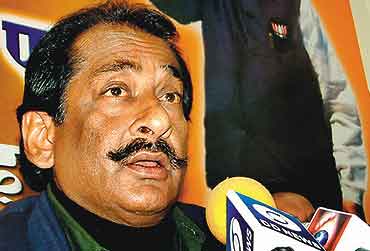 
Has the sting operation on Dilip Singh Judeo—showing him accepting a bribe made an impact on voters in Chhattisgarh? Contrary to Congress and BJP perceptions, it may only have a marginal influence on the final electoral outcome. A snap poll conducted on November 18 by AC Nielsen—two days after the scam broke into the open—reveals that nearly half (48 per cent) of the respondents were not even aware of the Judeo scam. Among those who knew about it, 31 per cent said the allegations were false. The remaining 21 per cent, though, felt they were true.

In light of the allegations, when prospective voters were asked whether Judeo should withdraw, 47 per cent felt he shouldn't and that he must contest the polls. Only 23 per cent said he should. The remaining 30 per cent did not wish to express any opinion.

Going by the poll, the allegations against both Jogi and Judeo have received a similar public response. In both cases, close to 50 per cent were unaware of the allegations and the other half felt that they should continue with their election campaign. So it is unlikely that the charges against the two will have much of an impact on voting patterns. In all, 729 interviews were conducted in six assembly constituencies in the state, but mainly in the urban areas.