On An Electric Cool Memory Ride 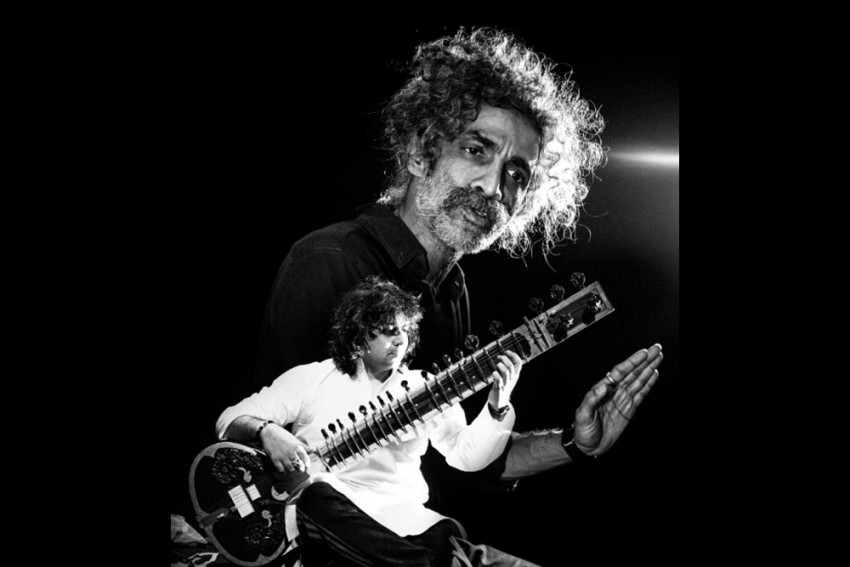 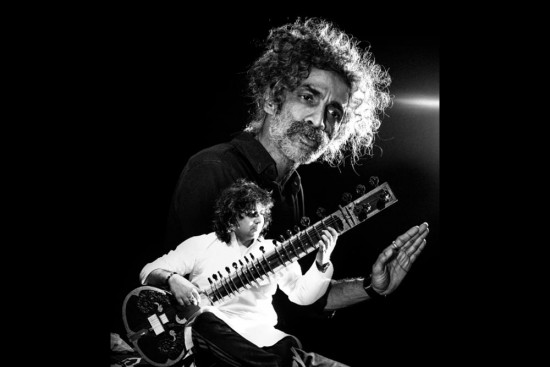 The show generates curiosity for bringing two maverick artistes together. That apart, if being absent and yet somehow simultaneously present, and playfully meddling with the consciousness of the audience was a parameter of how enjoyable a performance is, then Patni is right up there.

Makrand Deshpande’s latest ‘prayog’ (experiment) is a solo act accompanied/interjected with live music by Niladri Kumar. It is written, directed, performed by Deshpande, who plays Parag Godbole, who wants us to meet his wife, Neelam, except that she “happens to be dead”.

The multi-lingual play starts with Deshpande miming a climb of the stairs to his apartment, then coming down and climbing up the pipes, and a lovely, frothy introduction to his bank manager’s job, followed by a conversation with his neighbour, whose son has settled in the US and yes, a very husband-like chat with Neelam. He introduces her, her eccentricities and her habits: “Kuch adatein aisi hoti hai, rooh se dhari hoti hai,” he says about his habits and her soul....

While all this goes on, Niladri Kumar, who prefers the prefix of ‘bandit’ over ‘pandit’, wat­­ches till his moment comes. And then in perfect sync with Deshpande, plays his Zitar (electric sitar), capturing different moods depending on the point where the monologue has paused.

Deshpande says though the structure is in place, every show and every rehearsal is different. The one hour seven minute-long show can be extended by 10 minutes or so because it is about the “state of mind”. “Because I was presenting a state of mind to the audience, I needed someone to heighten that emotion. Niladri Kumar has that tremendous strength,” he says.

Conspicuous by her absence, Neelam comes across as utterly lovable, a melancholic mirage created by Deshpande.

So the audience and the neighbour, who we never see, is taken on a memory ride—of love, loss and longing, under the pretext that Neelam’s soul has to leave the house and he wants to bid her a proper farewell. Deshpande’s skill lies in making the whole thing so natural that one not just believes in her presence but thoroughly enj­­oys the banter between a loving husband and wife, whose replies we never hear. Even better is his skill in perhaps knowing when to punctuate it with music, recordings and pauses.

And Niladri Kumar is the perfect partner. “I don’t know what I am going to play,” he chuckles in the interval between two shows. “You liked it? It works? Great. I don’t plan any ragas etc bec­ause every show is different,” he says.

With generous sprinkling of humour (even some digs on demonetisation) and Niladri’s lov­ely music, the experiment is over before one gets time to pick on plateauing/slowing moments, if any. The show, as Deshpande knows, has triggered curiosity of theatre lovers as well as music ent­husiasts, and the attendance of stalwarts of both disciplines—from Zakir Hussain to Manoj Bajpayee—was an indication of that.

However, amidst all the good acting, effective stage design and enjoyable music, one must not forget Neelam. Conspicuous by her absence, she comes across as an utterly lovable human being, created entirely through Deshpande’s writing. Schizophrenic or hallucinating seem harsh words, though perfectly valid, for the idea and its execution. Mirage is more like it, retaining a certain poetry, however melancholy it may be.

When asked about his continued involvement with the subject of human relationships—Maa in Transit, Meri Maa ke Hath, Shakespearecha Mhatara and now Patni, Deshpande says, “The more you live, the more sensitive you become towards the inevitable truth. You start seeing mortality more delicately. That is perhaps what I am trying to do—to find the sweetness in the final truth and to find the strength to face it.”

Join The March For The Riddles