An old narrative seems to be gaining currency. 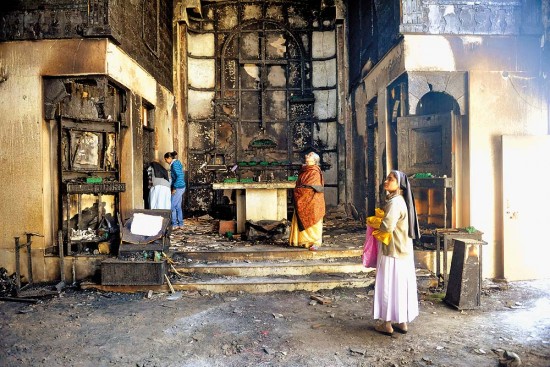 The underlying thread of the ongoing debate on Christians and conversions (and this is what is making the Christians more upset and fearful than the reports about attacks on them) is the insinuation that people of faiths other than those of Indian-origin are somehow less Indian. And this, despite the fact they are as much daughters and sons of this soil as anyone else and their own or their ancestors’ decision in bygone centuries to choose a path of their liking doesn’t change this one iota. The idea of stigmatising people who changed their faith has a long history, going back to Veer Savarkar—and later M.S. Golwalkar—who argued early in the last century that those who consider any land outside India as ‘sacred’ are not full-fledged Indians. This definition was probably a device specifically created to keep out Muslims and Christians, but it posed and continues to pose serious conceptual and logical problems, quite apart from the fact that it was gratuitous on the part of Savarkar/Golwalkar to define what people of other faiths considered sacred or not sacred.

For example, are the 350 million Buddhists around the world who may consider places in India sacred, and sometimes come on pilgrimages here, lesser citizens of their own countries? Are the 1.9 per cent Hindus in the UK, the 2 per cent Hindus in Canada and the 0.5 per cent Hindus in the US lesser citizens of those countries because they may look up to India not only as their ‘sacred’ land, but also their ‘mother’ land? Should Myanmar look at its Hindus, or China look at its Buddhists as less than full citizens? Should the US curtail the freedoms of its Hindu citizens to propagate their religion and culture, build temples, bring priests and new-age gurus from the motherland, or get new adherents? No reasonable person can say yes to any of these questions and that is because the very idea cuts at the roots of modern notions of state, citizenship and democracy.