Of Man And Mannat

Dewa Sharif: The dargah of Haji Waris Ali Shah provides salve for many a wounded soul 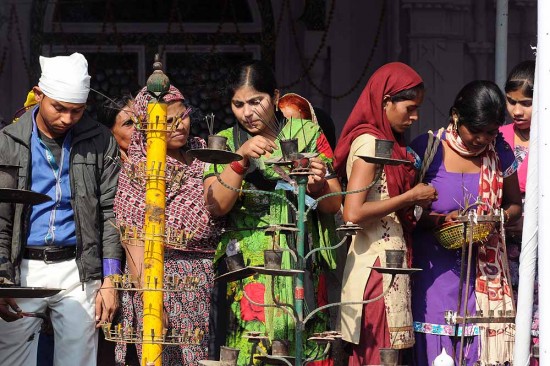 “You ask for the moon, Haji Waris Ali Shah will not disappoint you.” Perhaps a tall claim to make, but then such is the unerring faith in the dargah of the 19th century Sufi saint that his devotees believe he has the power to grant them anything. Even celestial objects, as Wamiq Rafiq Warsi, one of the key trustees of the shrine, has just finished promising on his behalf in this conversation.

Four years from now, Dewa Sharif, as the shrine is called, would have completed a 100 years of existence. Back in 1917, the first secretary of the trust, a Hindu by the name of Babu Kanhaiya Lal Srivastava, had laid the foundation of the shrine. Ever since, this quiet corner of Barabanki district in Uttar Pradesh has thronged with lakhs of devotees, Hindu and Muslim alike, peaking during the annual Urs at Dewa, birthplace of the saint, from which the shrine derives its name.