Engorged on Anna, a feral media orchestrates opinion by inculcation 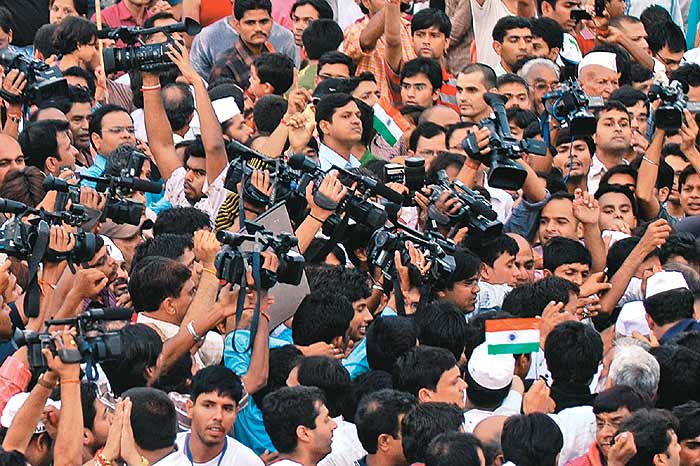 It would, of course, be an unwarranted insult to the intelligence and solicitude of the cross-section of society taking to the streets against corruption to brand it a rabble roused to frenzy by media wiles.

The credit for bringing things to this pass goes, perhaps even more than to Anna Hazare, to the government strategists who thought up the incredibly foolish plan of taking him into preventive custody and soon found themselves at a loss to handle a detenu determined to overstay his welcome in Tihar jail. Hazare and his cohorts couldn’t have asked for a better opening to this, the second round of their campaign for a Jan Lokpal bill. The government, which has clearly lost the plot, now seems reduced to a face-saving role in Hazare’s script.