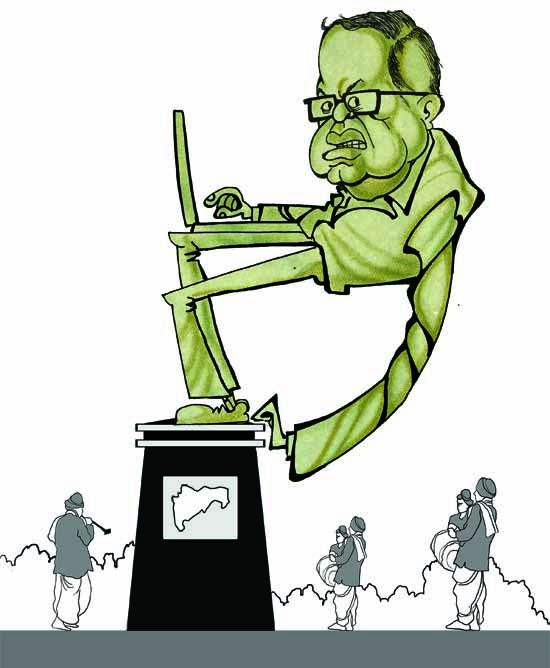 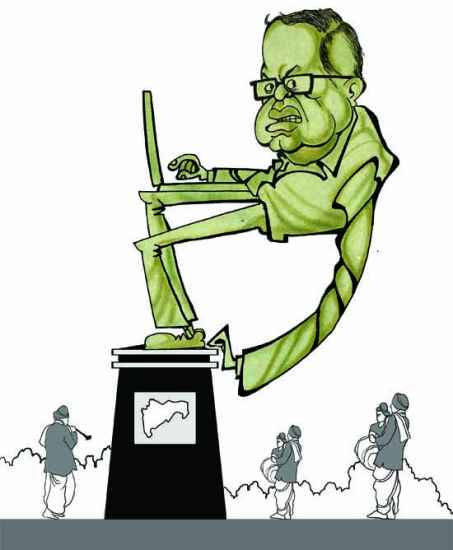 N.R. Narayana Murthy’s continuing influence in Karnataka is a tribute to his staying power. Infosys, which he founded, has been a key face of India’s 1990s IT boom. For over two decades, Murthy, and Infosys, have represented the rise of an Indian way of doing business, a success story that changed the way the world viewed us. And even if the IT boom is waning today, Murthy’s role in building India as a knowledge economy, raising an army of Indian millionaires, has been stellar. Part of Murthy’s appeal has to do with his carefully cultivated persona—middle-class, rooted, earthy as well as international. With his pants tucked halfway up his chest, Murthy looks earnest and serious. He mouths all that appeals to the middle class: hard work, merit, English, abstinence, grit, and, most importantly, reward. He could well be termed the A.P.J. Abdul Kalam of business. Murthy has made no secret of his ambitions—like becoming president or an ambassador to the US. Many feel his presidential ambitions floundered during an Independence Day function at the Infosys campus in 2007. Defending the playing of a pre-recorded electronic version of the national anthem, Murthy said that “foreigners (on the Infosys campus) should not be embarrassed while we sing the anthem”. This led to an uproar. He even tried to speak out about larger issues in Bangalore and Karnataka and was part of various committees. Nothing much came of it. That’s why perhaps Murthy, aged 67, recently came out of retirement to rejoin Infosys (which has been going through a rough patch). It goes against many of his stated ideals: retirement, meritocracy (his son Rohan is part of the new Infy team), professionalism (he pushed a new system where only promoters can take the top slot, which critics say is the cause of the company’s problems). A risky gamble, you’d say.

Edited to correct the reference to Ambareesh who was erroneously described as " the Union MoS for Information & Broadcasting," which he indeed used to be -- but he resigned as an MP to contest the Karnataka assembly elections recently and won the Mandya constituency by a margin of 42,937 votes