Not A Kon Tiki Adventure

I understood why Suu Kyi remains silent on the Rohingyas. There seems little hope for them. 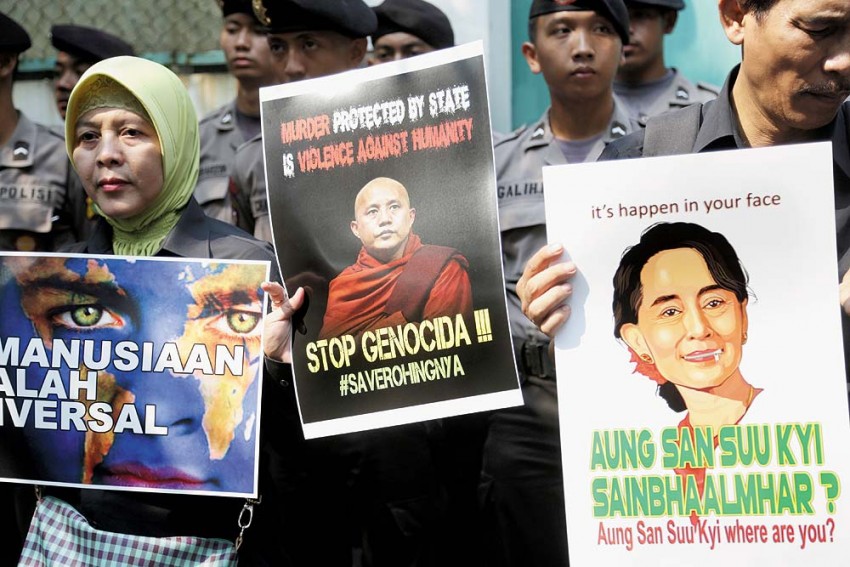 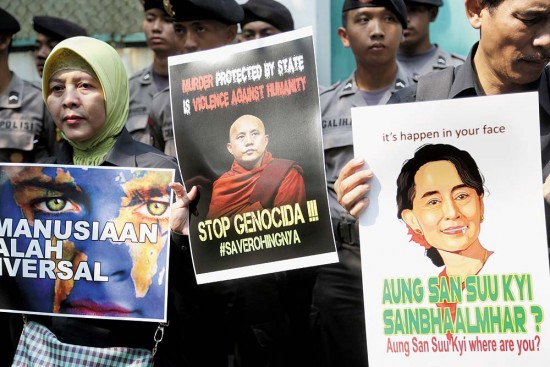 In December 2008, eleven badly dehydrated men swam ashore on Little Andaman Island, south of Port Blair. The island has many Bengali-speaking residents, so it wasn’t long before the story of these strange, new arrivals became known. It shocked the world. The marooned men were a mix of Rohingyas and Bangladeshis. They had set off in a people trafficker’s boat from Teknaf in Bangladesh, lying just across the Naaf river estuary from Myanmar’s troubled Rakhine state, hoping to find jobs in Malaysia. But the endpoint of their perilous sea journey was southern Thailand, from where they were to proceed overland.

They never made it. Instead, they were captured by the Thai military, imprisoned in a barbed-wire camp on a densely forested island near Phuket along with hundreds of other boat people, and tortured, even as touts demanded money to get them released. Finally, around 400 of them were put on a large, engine-less wooden barge that was towed to the high seas and left to drift. Days later, starving and desperately thirsty, their meagre supply of rice and water having long run out, they saw lights in the far distance. At least 300 jumped into the water from the leaking barge to swim ashore. Only 11 made it, after battling the choppy Andaman Sea for two days.

When asked, Suu Kyi's aide fumed about how foreign aid agencies were ‘pampering’ the Rohingyas.

One of them was Abdul Malik, a 22-year-old scrap steel cutter, who told coast guard officers that he had paid 15,000 takas (Rs 12,000) to a trafficker to join a small group heading for Malaysia. He also spoke of the horribly overloaded Thai barge that was sinking on the high seas. The coast guard found the barge a few days later and rescued the 88 dehydrated, famished men still on board. Six dying persons had to be lifted by helicopter.

“Some of the people we rescued, as soon as we brought them aboard the coast guard ship, fell flat and started licking the water on the deck,” an officer told me when I went to the Andamans to write about the Rohingya boat people. “They were really desperate”. Of the 300 who had jumped into the sea earlier with Malik, only four bodies were found.

The Rohingya, who according to legend are descended from Arab sailors plying the ancient trade routes, were not unknown in the Andamans. They would come to the archipelago in fishing boats to poach on its rich marine life. Some would get caught. But in December 2008, the Andamans turned into a graveyard for the Rohingya.

Four years later, Aung San Suu Kyi came to Delhi. Just months earlier, Rohingyas had been brutally attacked in Rakhine state and herded into refugee camps. At a lunch for the Nobel laureate, I found myself seated next to her close aide. I asked the lady about the plight of the Rohingya. Her response stunned me. She went into a diatribe on how international aid agencies were “pampering” the Rohingya, providing them food and other essentials when the poor Burmese were getting nothing. I understood then why Suu Kyi remains silent on the Rohingyas. There seems little hope for them even if her party comes to power in the forthcoming national elections.

Delhi-based journalist Maseeh Rahman has written on the Rohingya for The Guardian, London; E-mail your columnist: maseehrahman [AT] gmail [DOT] com