Books No Way Out

The fight for justice and dignity hasn't ended. It won't, so long as our collective conscience stirs. 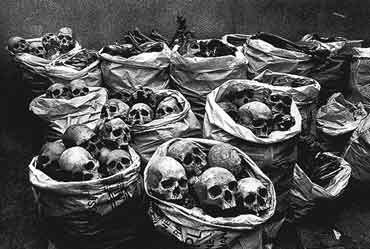 Bhopal saw the world’s worst industrial accident 18 years ago. Over 3,500 people choked to a chemical death, roughly the same as in 9/11. Life became purgatory for another 2,00,000 exposed to the poison gases from Union Carbide’s ill-designed plant. The toll now exceeds 20,000.

The disaster is still happening. People with corroded lungs still cough their lives out. Children born then have monstrous deformities. And there’s no systematic treatment for those who suffer from a range of frightful ailments.

These are flesh-and-blood people. I saw Sunil in 1984 when he became the head of his orphaned family at the age of seven. There’s Nadira, who waits long hours daily at the outpatient clinic. Hasan Ali, Jamuna Devi, Mehboob Bi, Gangaram are as sick as they were in ’88, ’94, ’99...Mohammad Rehan, 18, has already had two heart surgeries. The middle-aged are fading out, the young have no future.

Raghu Rai has captured their grim reality on...