No Vaccine Against All This ­Apathy 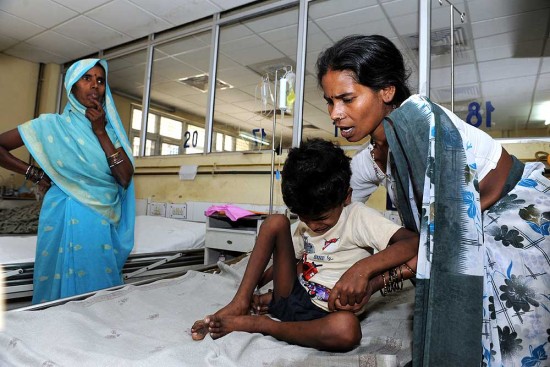 Sitting in her small house in Kotana village in Baghpat dis­trict of western Uttar Pra­desh, 25-year-old Ruby tells the ­local anganwadi worker yet again that she won’t vaccinate her 16-day-old son as her husband has refused permission. This is the third visit by Beena Devi, the ang­anwadi worker of the area, to Ruby’s home in the Muslim basti of the village. Under the government’s Universal Immunisation Programme (UIP), she is required to make calls at and inquire about all newborn children and keep track of the immunisation schedule of each child. It is a task that has proven to be almost unachie­vable in most parts of state.

The universal immunisation programme under the government of India aims to immunise all newborns and children up to the age of 16. According to World Bank data, the under-5 child mortality rate in India is 48 children per 1,000 births. Vaccination is the most cost-eff­ective intervention available to reduce deaths due to preventable diseases.