No Poets In The Republic

First, dream was never too far from nightmare. Then we lapsed into pure slumber. 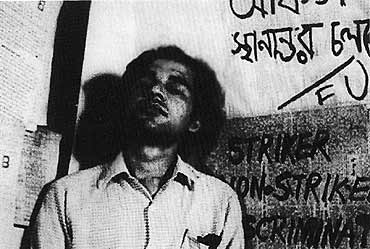 It is amazing how, whenever you search for anything in popular Hindi cinema, you invariably land up at Guru Dutt's doorstep! There have been other filmmakers, of course, mainly in the '50s and the '60s, who also confront the idea of India handed to them by their forefathers. Isn't that the definition of political cinema? We all inherit a world with its social norms, political systems, traditions and ideas of justice and freedom. Whether we agree or not forms the basis of how we live our lives or make our films.

These filmmakers inherited the compromise of the Congress party with the reigning pro-British Indian establishment, its continuation of the administrative and legal systems of the colonial masters, and the fact that the party joined hands with the most regressive of politico-religious elements on the Indian scene!