No Paperdart Policies In The Classroom

Getting serious about education calls for rigour, all-round effort 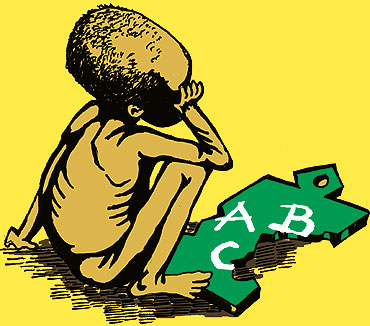 Illustration by Sorit
Rahul Jacob June 08, 2009 00:00 IST No Paperdart Policies In The Classroom

outlookindia.com
-0001-11-30T00:00:00+0553
In a darkened room, 20 children were watching what looked like the desultory antics of a petulant Hollywood child star. The film turned out to be Home Alone-IV. This entertainment was part of summer school for students at a school in south Bangalore, run by Parikrma, an educational charity. As I stepped out of the room a few minutes later, about half the audience voted with their feet and were soon following the charity's founder, Shukla Bose, to her office instead.

Crowding around her desk minutes later, the 11- to 12-year-olds were soon trading questions about what the difference is between a novelist and a journalist. Their spelling was superb; both "journalist" and "ecology" were spelled effortlessly. And only the question "What does being prime minister require?" seemed to perplex them, till one answered, "Peace of mind."

Their high spirits were infectious; it is rare to see such enthusiasm to go to the "principal's office," typically a form of punishment in other schools. But what was remarkable about these children was that they come from the nearby slums and were confidently speaking English. In a novel twist on the usual practice of a school positioning itself near a "good" catchment area, Parikrma's four schools in Bangalore, serving 1,200 children, are a three- to ten-minute walk from a slum. The schools have a 360-degree approach to looking after children, which includes offering micro-loans to single mothers of students and primary healthcare for students and their families. The results are spectacular; two of Parikrma's children were among the 26 selected in a national scholastic contest in which the competition included plenty of private schools. Its athletes, meanwhile, hold a couple of Karnataka inter-school records.

Across India, charities like Parikrma and Pratham, whose exhaustive annual survey of numerical and reading skills showed us first how little children were learning in school, also show us ways to improve that. Pratham now has MoUs to work with 14 state governments. This is the good news. The bad news is so pervasive that it is no longer news.

Just as school enrolment rates across the country had increased dramatically, lacklustre teaching methods and chronic absenteeism in government-run schools, especially in the north, has led to high dropout rates. About half our children have dropped out of school by age 14. The percentage going to college just about hits double digits. With 550 million of our population under 25, this large number of under-educated young people is not a demographic dividend. It is a national catastrophe, albeit one unfolding far beyond the Lutyens Delhi obsessions of our 24-hour news channels. One does not have to travel to the interiors of Bihar to see how poor our elementary and secondary schools are, either. In a column earlier this year, the editor of the Hindi daily Hindustan recounted how her reporters fanned across schools just outside the state capital of Dehra Dun to find some with just one teacher and chronic absenteeism in others because, for instance, one teacher was busy building a house.

India's much-cited demographic dividend may turn heads at Davos and make for catchy jargon in the research reports of American investment banks, but it encourages complacency in our political class. As Ramachandra Guha reminds us in India After Gandhi, as far back as 1955, the American economist Milton Friedman was warning against the Indian government's fascination with heavy industry and its neglect of human capital. In contrast, countries in East Asia in the sixties and China in the past few decades benefited from having a large young population because these countries enjoyed much higher levels of literacy—upwards of 80 per cent—and far greater emancipation for women. The high literacy levels for women and better primary healthcare led to a drop in maternal and infant mortality rates and better nutrition for women and children. 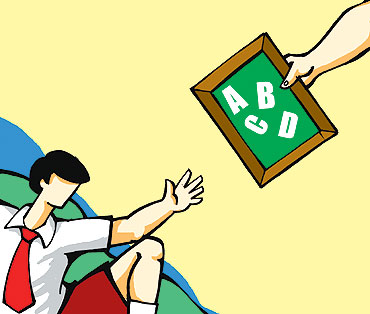 Measured by those yardsticks alone, we are still decades behind China. The dividend of having a widely educated population in East Asia led to higher productivity on the farm. But it also helped overseas Chinese entrepreneurs rapidly staff light manufacturing factories—from Indonesia's Java to China's Guangdong—making products as diverse as computer peripherals and sneakers in an era when global trade was expanding rapidly. Even if we were to accomplish long-delayed labour reforms in the next couple of years, our young people are handicapped by this deficit of education and our woeful infrastructure.

Yasheng Huang, an mit economist, observes that India and China seem determined to learn the wrong lessons from each other. Our political elite overlook the huge investments in education and primary healthcare made by Mao and Deng Xiaoping, and fixate instead on the shiny skyscrapers and highways of Beijing and Shanghai, which Yasheng says is increasingly wasteful capital expenditure by the state at the expense of investments in the rural sector. Inevitably, we have copied SEZs, a strategy Deng used in a Communist country that needed to phase in capitalism. (In India, our political and industrial class have conspired to use it as a way to bring back the worst sort of feudal land-grabbing in the name of industrial development.) In China, meanwhile, Yasheng says that its leadership looks appalled at India's noisy democracy and overlooks that it is a great strength, building cohesiveness and creativity among its people.

What the new UPA government (working with the state governments, for education is a subject on the concurrent list) must do is bring a focus to improving primary and secondary education that approaches something like a military campaign. I mean that quite literally—absurd as this may sound, we may have to deploy part of our army to help speed up the building and management of our village schools in the lagging BIMARU states. This could counter what economist Arvind Subramanian identifies in rural areas as the twin problem of "low competence and low accountability" on the part of local administration. More prosaically, we need cash vouchers for schooling, so that badly managed government schools are forced to compete for resources.

It is not clear that, beyond the prime minister, anyone in government in the last five years fully grasped either the scale or the urgency of the problem. Indeed, given the tolerance shown towards Arjun Singh's hare-brained idea of increasing reservation in higher education, one can only conclude that the Congress did not see education as a high priority and was content to play Mandal-style votebank politics.

In another sign that the status quo persists, politicians alone were among the candidates mooted for the post of hrd minister, whereas the new government could have had on its list of candidates such names as Pratham's Madhav Chauhan, Nandan Nilekani and Jean Dreze. The government should also create one-stop clearance windows for NGOs with proven track records so they can get the permissions and assistance they require to expand quickly. (Why should we assume only industry needs a fast-track?)

Finally, as those energetic children at the school run by Parikrma reminded me last week, this effort will need each of us. India will need a JFK-style Peace Corps initiative to improve government schools, with young citizens volunteering in cities and in villages. India will be adding a staggering 200 million to its workforce in the next couple of decades. No government—least of all our lethargic imperial governing class—can convert a looming demographic disaster into a dividend all on its own.

Iron In The Soulless State