No One's Too Poor For The Class

A funds crunch was never a concern for students here. Why then subsidise and erode the brand? Updates 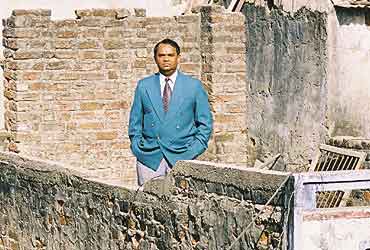 outlookindia.com
-0001-11-30T00:00:00+0553
Varun Arya spent most of his growing years in a 10x15 room that his family—parents and five brothers—called home. It had no electricity and the lantern light could never quite light up the muddy walls and floor, or Arya's books, on which he sometimes had difficulty focusing. Not for lack of interest, but for lack of energy, since he had been working at a shop after school hours from the age of six. His wages provided a vital supplement to what his father, who studied only up to the second standard, earned through small-time businesses and the mother, who never saw the inside of a classroom, made by working in other households.

Today, as director of Jodhpur's Aravali Institute of Management, with years of high-level stints at top-drawer companies behind him, Arya looks back at that one-room home with fondness and pride. Arya joined IIT Delhi in 1976 and IIM Ahmedabad in 1981. The value provided by these institutes has helped him soar above that first home in Abu Road, a small town in Rajasthan's Sirohi district.

Arya is thankful to ncert, whose scholarship took care of course fees at IIT, and forever indebted to a brother who left studies midway to add to the family income and finance the boarding part. His IIM stay was financed by a loan from the State Bank of India, which he repaid within three years of starting his working career. What he is today, he says, he owes it all to the IIT-IIM combination. That gratitude has bred a fierce loyalty to the institutes whose full blast can be felt at even a passing mention of the surname Joshi.

"It's a lose-lose situation for everybody. The poor will not benefit. They will merely get a donkey's education," fumes Arya about Union hrd minister M.M. Joshi's decision to slash IIM fees from Rs 150,000 to Rs 30,000 a year. Arya's is not a unique story. Nor is his ire at the minister. The hallowed IIT-IIM alumni community has a generous sprinkling of people who came from backgrounds ranging from the humble to the impoverished and rewrote their destiny. And all of them consider Joshi's move a threat to their alma mater.

Take K. Raghavendra Rao, son of a railway clerk, 1979 batch IIM Ahmedabad. Getting a loan from the campus branch of SBI was a cakewalk for him. The bank asked for no collateral, no guarantor and minimum paperwork. "I don't think Joshi's decision is correct. I don't believe it will help the poor," says Rao, now the MD of Chennai-based Orchid Chemicals & Pharmaceuticals Ltd, adding that he had sons of teashop owners as his classmates who faced no problems in financing their education.

Even alumni who joined in the aftermath of the securities scam when educational loans from banks were not easy do not support Joshi's move. Krishnan Mahesh had to go on a borrowing binge when he joined IIM Ahmedabad in 1992—from uncles, friends, friends' uncles and uncles' friends. His situation was one of unadulterated penury. When he was in Class X, his father retired due to health reasons and the family of four had to make do with a pension of Rs 1,500 a month.

The year he joined, the institute hiked its fees from Rs 3,000 to Rs 14,000 a year. It got worse in the second year; fees climbed to Rs 27,000 a year. Boarding was additional. Secondly, banks, reeling under the Harshad Mehta effect, were wary of lending. The campus branch of the State Bank of India refused him a loan, as did the 10-15 other branches of various banks in Chennai. It was a difficult time. But then the magic wand he held, a seat at IIMA, did the trick. People came forward to help with personal loans.

Now a marketing manager with an energy MNC, Mahesh is clear that an IIM education should not be subsidised the way Joshi wants to. "People who get jobs with, say, Goldman Sachs, for $250,000 a year ought to pay for their education," he says.Instead, he would like an institutional mechanism to ensure that no one getting through cat has to quit for lack of money.

"A person who's cleared jee (the IIT entrance test) has already gone through the worst in his life. No support is needed after that. In fact, the time to pay back starts then," says Sachchidanand Rai, a wealthy Calcutta-based businessman now and from IIT Kharagpur's '85 batch.

If any support was needed, Rai would know. He had just one set of clothes when he joined IIT and his family couldn't afford even the "everything subsidised" fee structure of those days. His father had died when Rai was a child and the family survived on the income from a small grocery store run by his elder brother. A merit-cum-means scholarship of Rs 170 a month solved part of the problem. For the rest, the brother had to borrow from everyone on the street. Regardless, Rai believes that his problems ended the day he joined IIT and says what he wouldn't want his mother to read: "From second year onwards, I could even afford smoking."

By far the most high-profile of penury-to-pinnacle stories is that of Vinod Gupta. As a boy in Rampur Manhyaran village 166 km north of Delhi—which his official profile describes as "without electricity, roads, toilets, televisions or cars" when he was a child there—Gupta was amazed at the sight of a US-made transistor radio a friend had smuggled into school. The amazement led to a vow to become an engineer and Gupta went on to join IIT Kharagpur. Then came the by-now fabled trip to the United States with one suitcase of clothes and $58 in his pocket. Today, Gupta, a billionaire and a mover-and-shaker in the Democratic Party, sits atop Nebraska-based database giant InfoUSA, a company he started in his garage in 1971.

All these stories drive home one point: if Joshi's decision to slash IIM fees is intended to help the poor, it is wholly unnecessary. The poor need little help once they get selected for an IIM, or an IIT. No one ever selected for an IIM or IIT quit just for the lack of funds. The system of bank loans that helped Rao, although it eluded Mahesh, has kept pace with the rising fees and is now stronger than ever.

Take SBI's education loans, for instance. Any student who is an Indian national and has secured admission to a professional or technical course through a selection process or to a foreign university is eligible. The interest rates are 10.5-11.5 per cent a year with long repayment periods of 5-7 years that commence a year after the course ends or six months after he/she has got a job, whichever is earlier.

The terms are bound to be softer for IIM students. Even the worst finishers here get Rs 5 lakh a year as starting salary, presenting an extremely attractive investment opportunity for any bank. Little surprise then that IIM brochures coolly declare that the institute will organise loans for students who can't afford the fees.

"My loan was sanctioned in a day. Just show the bank your call letter and you get the loan. It's that easy," says Shashwat Sharma, a student at IIM Ahmedabad who comes from a middle-class Varanasi family and has taken a Rs 4 lakh loan from Union Bank of India to pay his fees. Dipti T.R., of the same institute, says a majority of her batchmates have opted for a bank loan regardless of their families' economic situation. "It's this feeling of independence the loan gives you which many like," she says.

Dipti is making a point more poignant than she realises. If a student says no to parental funds for that "feeling of independence", what about the institutes, who would have to depend more than ever before on government dole to bridge the gap between fees and expenses on a student? Taking the total expenses on an IIM student to be Rs 3 lakh, that gap will widen from Rs 1,50,000 to Rs 2,70,000 per student if Joshi's move goes through.

There is consensus among all quarters that a crucial reason for IIM/IITs being centres of such excellence is their autonomy—financial and otherwise—which successive governments have allowed them. A second consensus is that Joshi should channel the hundreds of crores of taxpayers' money, required to meet the higher IIM subsidies, towards improving the pathetic condition of primary and secondary education in the country. That will give the poor a better chance of cracking the IIM/IIT entrance tests. Once they pass these, the economic situation of their families anyway becomes irrelevant. A third consensus, laden with fear, is that the government's financial control will inevitably lead to control over the other aspects: faculty, courses and the admission process.

The 1992 Verghese Kurien Committee report, which formed the basis for cutting subsidies to the IIMs and raising their fees, probably had this in mind while stating: "Every institute (IIM) should pursue a policy of progressively moving towards full cost recovery in its education and training...." It had suggested limiting the government's role to just block contributions.

Nearly 400 students of IIM Ahmedabad have signed a memorandum requesting President A.P.J. Abdul Kalam "to urge the government to reconsider its moves and refrain from damaging the structure of some of the finest temples of education which are essential to drive India's development". In mid-January, when the fee cut move was in the air, students of IIM Calcutta had released a poll, just a day before Joshi's visit to the city, in which the respondents had condemned the move.

Now, Saiket Sengupta, Dorm-8, Room-18, IIM Ahmedabad, and Anish Mathew, who graduated from IIM Bangalore last year, have joined hands with Sandeep Parekh, a practising advocate and visiting faculty at IIM Ahmedabad, to move a public interest petition in the Supreme Court challenging Joshi's fee cut fiat. "The central themes in the petition are two: power and the abuse of power," says Parekh.

The SBI webpage on education loans has a quote from former South African president Nelson Mandela: "Education is the most powerful weapon which you can use to change the world." Joshi seems to be taking the "weapon" part too literally, determined to take control of it. Meanwhile, a decoy mail sent to the government's address seeking details on low-interest education loans, information@indiashining.com, sent over 72 hours before writing this article, remains unanswered.