No More Red In The Palette?

The Left must innovate and reach out to new marginalised groups 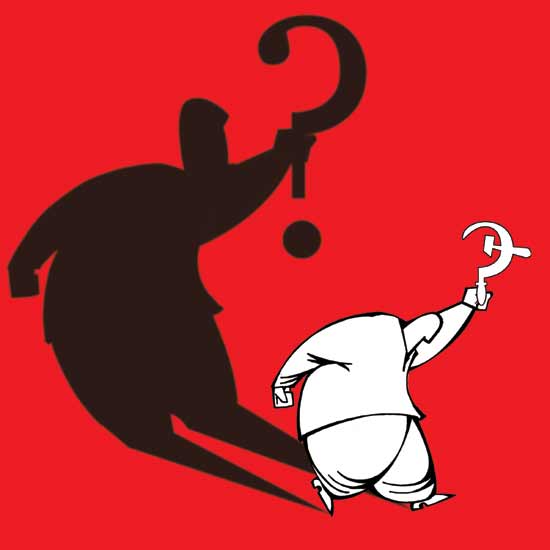 What an irony that the seeming vindication by Wikileaks and the Japanese nuclear crisis of the Left’s stand on the Indo-US nuclear cooperation bill, voted in by the last Lok Sabha, will not matter much in the forthcoming assembly elections in five states. The Left’s opposition to the bill, in the name of not allowing India’s subordination to US interests, resulted in the severance of ties with the Congress-led UPA-I. But—some would say not surprisingly—the issue did not matter in the Lok Sabha elections that brought UPA-II to power.

In the old discourse, the Left’s denunciation of imperialism, represented by the US and western powers, gelled with the denunciation of capital, for imperialism was explained as the highest form of exploitative capitalism. This was disseminated by the Communists in a potent communication package in their strongholds to charge a politically organised underclass, especially in the light of US adventurism in Indo-China and West Asia. But, as the anti-big capital stance of the Marxists blurred markedly in the context of Singur and Nandigram, there was a disconnect on the other count too between the Left and its audience. In fact, the parliamentary Left had lost the dialogue for quite some time, especially with voters born after 1977 in its strongholds of West Bengal, Tripura and Kerala and also in other states. While large sections of these young people were charged by aspirational goals and sought individual upward mobility in opportunities provided by the new economic dream-world forged in the 1990s, another section of resentful laggards was mobilised for communal politics. And in the absence of an innovative Left, it was either left to new social movements and NGOs to give voice to the underclass that was the victim of neo-liberal policies or to the Maoists to lead this underclass into armed conflict. The shibboleths of the Soviet era were unhelpful in communicating with and mobilising the youth of the world being fashioned in a globalising, neo-liberal image.