No Justice For Insaf

Right to protest suffers another setback with this forum stifled 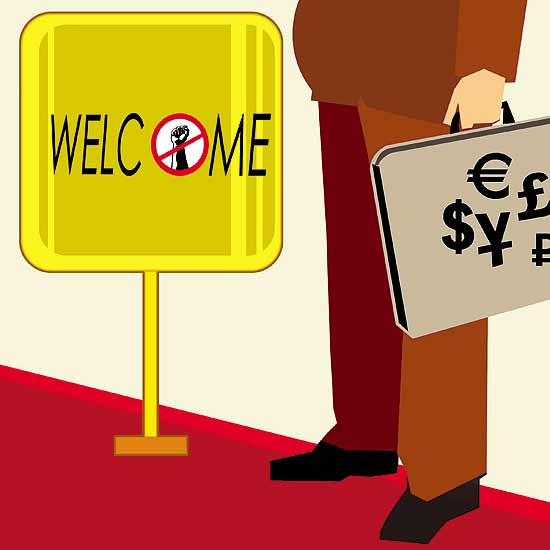 On April 30, 2013, the Union ministry of home froze the bank account of a coalition known as INSAF (Indian Social Action Forum) and suspended its registration under the Foreign Contribution Regulation Act or FCRA. INSAF is a network of 700 NGOs, people’s movements against acquisition of lands and forests and other resistances from Koodankulam to Kashmir. It has been a sort of facilitator, a clearing house for donations and support to various struggles. The home ministry believes its actions to “be prejudicial to public interest”.

On May 13, less than two weeks after the attempt to stifle INSAF, news agency Reuters filed this report: “Foreign institutional investors’ (FIIs) ownership of the BSE Sensex stocks touched its highest in eight years as of the January-March quarter, Bank of America Merrill Lynch said in a research report. During the Jan-March quarter, FIIs were net buyers of Indian equities, while domestic mutual fund companies and state-owned insurer lic were sellers, it said. According to regulatory data, FIIs have been net buyers for 15 consecutive sessions, bringing their total investment for the year to $12.70 billion.”

The contrast is quite remarkable. We celeb­rate those who come to set up business, invest in the stockmarket, mine our natural resources, build nuclear plants and run them. These investors in smart suits and sharp shoes are to be feted and waited upon. They are the good people with the big bucks who fit into the idea of India as an economic powerhouse, the winners in this game of globalisation.

Then there are the wretched of the earth who stand in the way of this wonderful progress. These little people inconvenience the big plans, be it the POSCO project in Orissa, SEZs across the country or the nuclear plant in Tamil Nadu. There seems to be no ambiguity on the issue for those who run the country, frame its laws and implement them: those who resist are a danger to public order.

Given the recent action on INSAF, one can only presume this is the Orwellian standard that will now be applied in a future India. Without getting into the complexity of FCRA, there is something seriously wrong with the spirit of the law. Basically, it can be countered not by legalese but by a very simple argument: if a government can get billions of dollars worth of foreign investment for a specific project that is cleared on paper, why can’t a meagre amount of foreign funds reach activists who wish to help those who actually live on the land where these projects are planned? And we are talking small change here, a few thousands to a few lakhs compared to the billions on the other side.

How did we end up creating a world where those who make the blueprints are celebrated while those who sweat it out with people are seen as dangerous?

The attempt to crack down on INSAF has been made possible because of the amendments to FCRA in 2010. Rule 3 of the law now says that the activity of any organisation that “employs common methods like bandh or hartal, rasta roko or jail bharo” will be deemed political in nature although it is not a political party. The government, of course, has the right to define such organisations.

The point here is not to argue against a scrutiny of funds that come for political activity. The rules, in fact, began to be tightened in 1984 when several Sikh organisations using violent methods were getting funds from abroad. The VHP likewise raises money outside India for activities that are certainly political. But how can legitimate struggles against specific policies, the leitmotif of a healthy democracy, be seen in the same light as advocacy of separatism, violence or communal hatred? The UN Human Rights Cou­ncil resolution adopted on March 21 this year actually called upon states to ensure that “restrictions are not discriminatorily imposed on potential sources of funding aimed at supporting the work of human rights defenders”.

And if we are so suspicious of foreign funds coming for those who influence public opinion, why leave out the media? According to a FICCI report, FDI inflows to the information & broadcasting sector, including the print media, was $2.17 billion in India in Apr 2010-Mar 2011. The same report says that “India has one of the most liberal investment regimes and the media and entertainment industry has significantly benefited from this.” But we see no grand conspiracy about the “foreign hand” if the news channel we watch or the newspaper we read is partly owned by foreign groups when in fact there is evidence that the media now accepts certain agendas unquestioningly.

The INSAF story is at its core an action against the idea of legitimate protest on which this country was built. In an age of corruption at every level, it’s an obvious attempt to intimidate those who challenge certain notions of “progress” and care about things other than profit margins.