No Escape From This Slave Trade

Placement agencies are trafficking agencies. Instead of curbing the sale of girls, rape, and the sale of their babies, the government seeks to legalise the agencies. 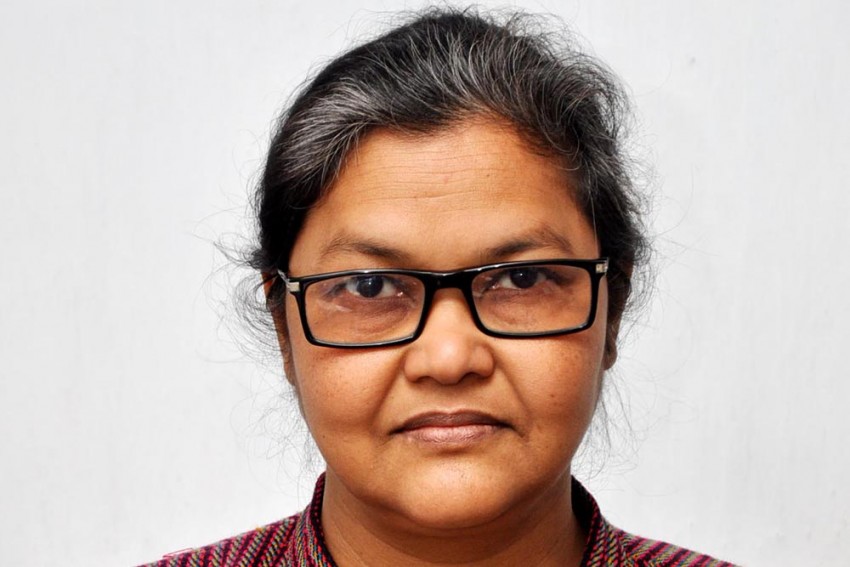 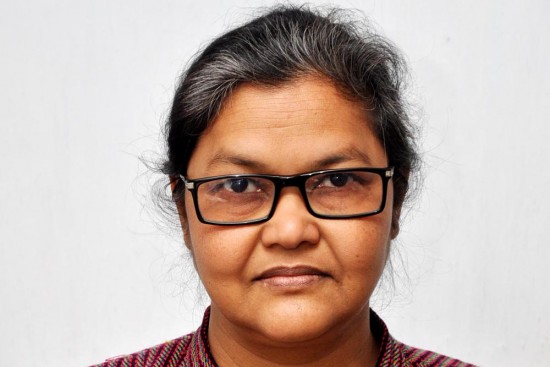 After drugs and arms, human trafficking is the third largest profitable industry in the world, and Jharkhand happens to be the worst victim in India. Human trafficking, particularly that of minor tribal girls shipped out to be deployed as domestic helps in big cities, has been a decades-old phenomenon that no government has, for mysterious reasons, ever wanted to address. But recent rep­orts indicate that a second, more heinous level of exploitation has been attained. Many of the trafficked girls, according to reports, are impregnated and made to bear children so that these children could then be further sold off.

Ironically, neither the government of Jharkhand nor the central government has ever devoted any serious thinking to this whole subject, or wondered about its ghastly implications. Instead, the Jharkhand assembly, despite its apparent consequences, has even got a bill through to regularise the euphemistically named ‘placement agencies’. Thank­fully, due to the reserves of good sense that still prevail, the Governor of Jharkhand is yet to give assent to the bill. If the bill does pass that barrier and become law, the very sets of people or organisations responsible for trafficking of tribal girls would be able to openly carry on this modern form of slave trade. One can just imagine the fate of Jharkhand’s tribal girls. 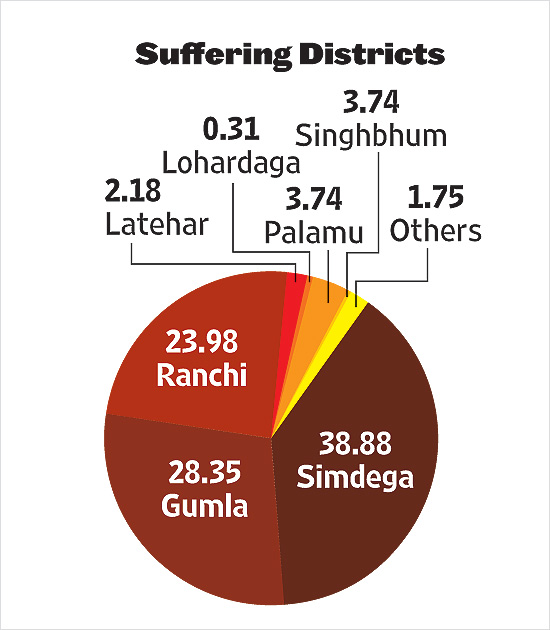 According to UNICEF, a child victim of trafficking is “any person under 18 who is recruited, transported, transferred, harboured or received for the purpose of exploitation, either within or outside a country”. Human trafficking is the hardest crime to track and hence accurate data on the subject is very hard to obtain. The latest figures estimate that 1.2 million children are trafficked worldwide every year. The Jharkhand government does not have genuine data on trafficking of girl children from the state to metro cities, particularly to the national capital, but traditional data occasionally put forth by non-government organisations working in the field suggests that the figure is alarming—to the tune of five lakh trafficked only to New Delhi. Nearly all these girls belong to economically backward tribal communities of the state. Apart from Jharkhand, the phenomenon of tribal girl trafficking is a major concern in states like Orissa, Chhattisgarh and Madhya Pradesh as well.

According to the Indian Social Institute (ISI), 60 per cent of girls placed in Delhi as domestic helps—or ‘maidservants’, to remove the veneer of politeness—are from Jharkhand alone. The rest of the girls are from other states like Orissa, Chhattisgarh, Madhya Pradesh, Assam, West Bengal etc. There are roughly around 14 lakh girls now who have been lured out or trafficked from different states across India and engaged as dom­estic helps in Delhi.

Of the lakhs of girls trafficked, 72.1 per cent remain unwed. Yet a large number become mothers. Of them, 70 per cent are below 18.

Seen from a social axis of deprivation, most of the women and children trafficked from Jharkhand belong to the Oraon, Munda, Santhal, Kharia and Gond tribes. As many as 77 per cent of all trafficked girls are tribals, 12 per cent belong to various Dalit castes, eight per cent are OBCs and  three per cent are from the general category, as per the reports of civil societies working on this issue.

Now intersect that with other disturbing statistics. According to Child Rights and You (CRY), firstly, an overwhelming 80 per cent of all trafficked or migrating girls from Jharkhand belong to tribal groups. Among these, about 70-80 per cent are children and mostly school dropouts. In Jharkhand, the trend of dropping out of school after completing primary classes is very common. Over 50 per cent of girl children drop out after the age of 10, though the government does not accept this data. The destination of a majority of these children is the same: the metros, where they are mostly employed as domestic helps.

The local agents of placement agencies are active in the remote villages of Jharkhand, where they lure children and their parents with scenarios of a good career and money in the metros and then take them away to the city, where they are either sold, used as bonded labour or employed as domestic helps. At work, they face a hazard-filled life—extreme hard work, unhygienic living conditions, insufficient and irregular wages, and mental and often physical torture by the employers. Many of them have no liberty to return to their parents and native village. They are thus living in a form of bondage. But as of now, none of the cases are booked under clauses of the Bonded Labour Abolition Act, 1976.

Tribal India is an unseen India. Governments do not want to open their eyes and see the real problems of this India. Its circumstances—the wholesale poverty in tribal areas—that forces the people of Jharkhand to migrate. Successive state governments have been deficient in addressing the livelihood issues of rural tribal parents. They are more interested in serving the rich middle class and elite industrialists rather than poor, rural, tribal households. Forests, a source of sustenance for rural tribal households, have not been linked in a sustainable way with any industry des­pite repeated pleas. 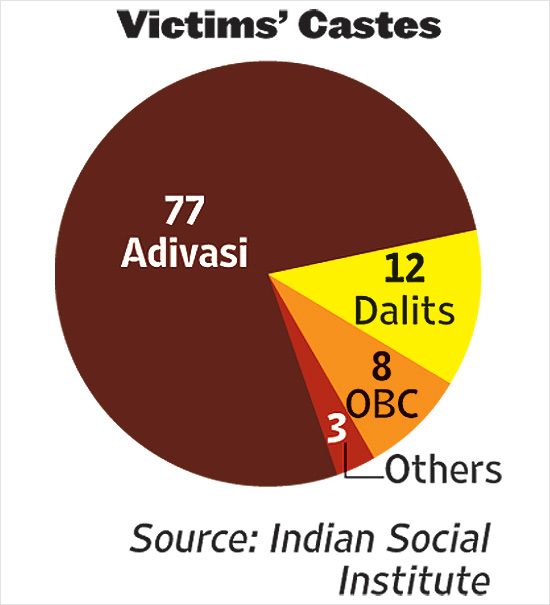 In 2015-16, CRY had conducted a study on human trafficking among 183 victim families in seven villages—Domnabagh, Pratapur, Abhua, Akhrasol, Chhotkedua, Kerachetra and Mahesh­pur—of Pakur district of Jharkhand. The families had no proper means of livelihood whatsoever. Some 25 children were missing and untraced. Family members believe they must have become victims of the organ trade. The rest were found to have been eng­aged in 11 different sectors—in hotels, factories, as domestic helps etc. In most cases, the parents do not even know where their girls are, until the girls manage to come back home after getting physically and sexually exploited to narrate their story. Many girls simply never come back.

“Many instances of kidney and other organ theft of children have come to our knowledge. Those who never come back probably fell victim to such crimes. We have handed over lists of such children to the police. But even the police are not able to trace them,” says Shiv Charan Malto and Rajeev Malto, the two Pahariya social leaders working among their tribes in Pakur. Pahariyas are among the most disadvantaged of Jharkhand’s tribal groups, and trafficking of girl children in this district is rampant.

The wholesale poverty in tribal areas makes it easy for traffickers in Jharkhand. Most of the girls’ parents don’t have a regular means of livelihood.

Torang  Trust, a social organisation working in Ranchi district, has found similarly alarming facts about trafficked tribal girls. Three minor tribal girls studying in class VI-VII had been lured away and placed in middle-class families of Ranchi city itself. After a year, these girls managed to go back home and, in early May, Torang Trust convinced and helped their parents to readmit them in schools. The biggest complaint of parents is that they do not have a regular means of livelihood—this renders them vulnerable to the big promises of agents.

The problem lies with law enforcing agencies as well. They fail to keep the ‘placement agencies’ (which in reality are trafficking agencies) under control. A few years back, in the Torpa region of Ranchi, two minor tribal girls had been taken when they were on their way to school and trafficked out to Delhi. Both the girls were killed and their bodies were found after 10 days. Instead of trying to probe the case, it was suppressed. The girls were studying in English medium schools and were from well-to-do tribal families.

As a member of the Jharkhand State Commission for Women, I had demanded from the state government that it come up with stringent laws to deal with ‘placement agencies’ and a social security law for adult women who migrate to cities for livelihood—I had even formulated the framework for the rules. Nothing came of it. Instead, the ass­embly has passed a bill—the Jharkhand State Private Placement Agencies and Domestic Workers’ Regulation Bill, 2016. Over 4,000 placement agencies, not registered with the labour dep­artment, are active all around the state, trafficking minor children everyday. If this bill bec­omes law, they will have no cause for worry, because human trafficking will become legal.

(The author is a former member of the Jharkhand State Commission for Women, and based in Ranchi)