No Bang For The Buck

An annual budget of Rs 4,000 crore, 51 hi-tech laboratories... Yet India's premier defence R&D organisation—DRDO—has little to show for it. 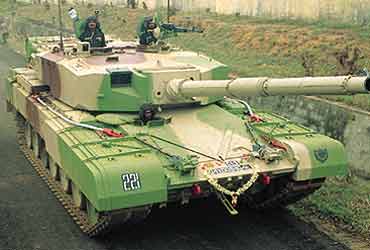 Now, an official court of inquiry (CoI) has identified a fuse as the culprit for the February 26 mishap. Of course, no one will be punished for the failure of the fuse. Yet, the inquiry into the air crash has for the first time held the Defence Research and Development Organisation's Pune laboratory responsible for the accident. The report, which was sourced by Outlook, recreates the incident in damning detail. Soon after takeoff, Khanna followed the lead aircraft in the squadron, flying at a distance of 13 km. His target located, Khanna released the bomb. In less than one-tenth of a second, the fighter pilot and his plane exploded.

The report blamed the FBRN-4I fuse, fitted on all 1,000-pound bombs used by the IAF. The fuse had inherent design deficiencies. It didn't have any "unsafe indicators" nor were its sensors functioning. This, said the report, was what caused the explosion. The fuse was designed by the Armament Research and Development Establishment, DRDO's Pune-based lab, which had copied it from an old Soviet design.