No ‘Authentic’ Data On Mark-Ups Yet

What stops NGOs from doing their bit to rein in private healthcare? 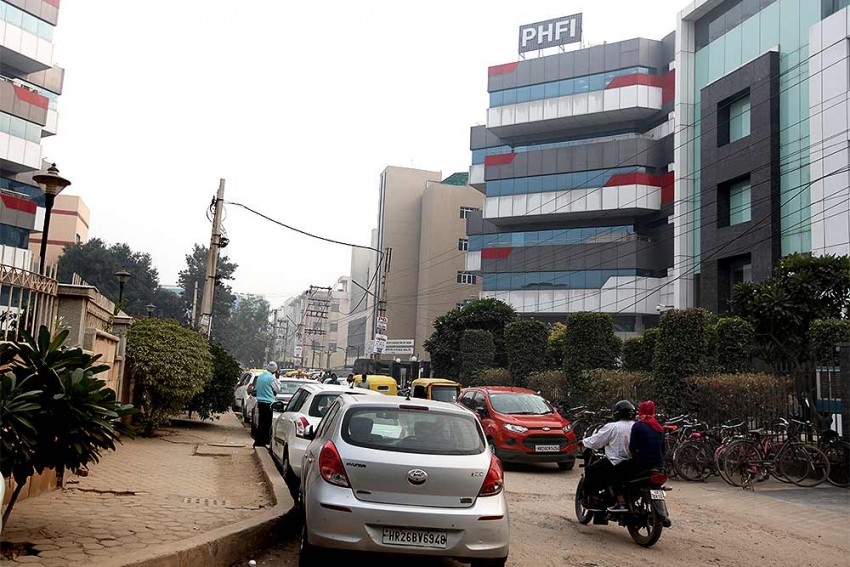 Feeling The Pinch
PHFI office in Gurgaon
Photograph by Vijay Panday
January 04, 2018 00:00 IST No ‘Authentic’ Data On Mark-Ups Yet 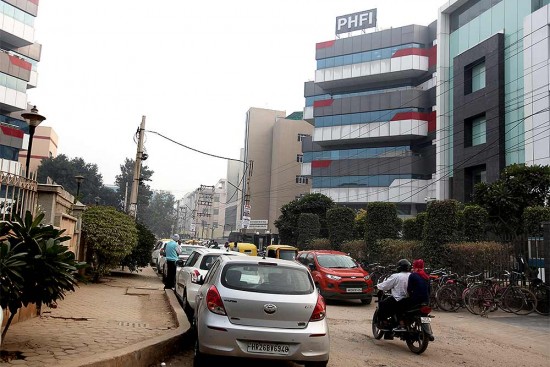 As the debate grows on how best to rein in private/corporate hospitals from extortionate practices, what demands a closer look is the role of another key player in the sector: the NGOs. There are two ways to analyse their role. One is as actual participants. But the more vital impact they have is as influencers, of both policy and public attitudes. They are the ones who work at the conceptual level—­doing research, making projections, asking questions. But, are they asking?

Till recently, big NGOs like the Public Health Foundation of India (PHFI), Voluntary Health Association of India (VHAI), Oxfam India et al were plush with foreign funds. Having run afoul of the swadeshi lobby, now many NGOs like PHFI are facing a money crunch or looking at domestic avenues, including the government, for funding. In PHFI’s case, the charge was of ‘lobbying’ for tobacco control using foreign funds, including from major donors like the Bill and Melinda Gate Foundation (BMGF).

“It is hard for NGOs to hold the private sector to ­account without strong regulations,” says Oxfam India CEO Nisha Agrawal.

Among India’s major health think-tanks, PHFI has been undertaking research and adv­ocacy in various health-related issues ­using foreign funds. It works with the Centre and states on many projects, including HIV/AIDS (which seems to have dropped off the radar as a hot-button issue in recent years, compared to a decade ago). What needs to be asked, however, is: how much has it contributed to the debate on making private healthcare more accountable and affordable? Or in highlighting profiteering by hospitals in devices and drugs? Vital health issues that affect 80 per cent of Indian healthcare?

PHFI president Dr K. Srinath Reddy cites two studies done by his organisation in 2013-14—‘Pricing of Coronary Stents in India’ and ‘Medical Devices: Manufacturing in India’—to stress that healthcare costs have been a continuing concern for PHFI. The National Pharmaceutical Pricing Authority (NPPA) commissioned PHFI for the study on stents, seeking evidence on the supply chain in medical diagnostics and the landed price of imported stents, says Reddy. “The evidence around mark-ups was self-explanatory if landed price and retail price were compared,” he writes in an e-mail response. The report on medical devices (done with research institute ISID) in turn highlights how import dependence, over 70 per cent in some cases, has made India vulnerable to profiteering by multinational companies.

Amidst major downsizing in the absence of foreign funding for many of its research and advocacy projects, Reddy says PHFI has received funds from diverse international and Indian funders. Foreign funders include UN agencies, NIH, IDRC, MRC-UK, DFID, USAID, Queen’s Diamond Jubilee Trust, BMGF, Government of Norway and Australian MRC.

“Research and implementation grants come with specific research and outcome objectives, agreed upon by funder and gra­ntee,” says Reddy, who chaired the expert group study on Universal Health Cov­­erage. The report, submitted in Novem­ber 2011, is yet to be acted on, though universal healthcare was an NDA poll promise. “Our work includes Universal Health Coverage, empowerment of women’s self-help groups to imp­rove maternal and child health, preven­tion and control of chronic diseases, air pollution, nutrition, HIV-AIDS, vector-borne and zoo­notic diseases, tobacco and alcohol control, etc. There are no non-permissible areas as long as research is ethical,” says Reddy.

VHAI chairman Alok Mukhopadhyay says his NGO’s source of funding is the government, UN agencies, consultancies, publications et al, and “not the private sector in any form”. But why the delimited areas of­ ­focus? “We are unable to address every aspect of healthcare due to limited resour­ces and capability, therefore the focus was where change is possible. These are public platforms and financed by the government. We have effectively addressed public health concerns caused by the private sector through our tobacco control work. It’s due to our sustained work for the last two decades that tobacco control is a reality today.” But why not touch the 200-400 times mark-ups in medical devices by hospitals? Mukhopadhyay admits candidly in a telephonic interaction, “Unfortunately we have not done any study on it. Getting authentic data is very difficult...the private sector isn’t covered under RTI…. There’s a well-founded public understanding of the situation, but little authentic data.” 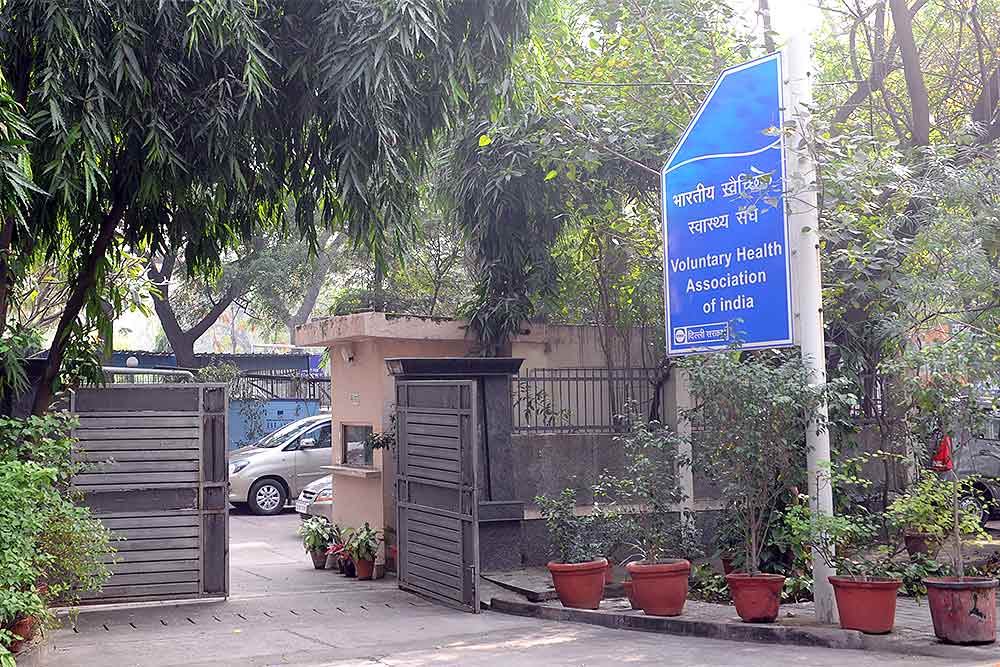 VHAI is not alone in waiting for “auth­entic data”. Four months after regulator NPPA collected the first round of data from device manufacturers and importers, it’s still to make the report public—and there’s talk of the usual pressures at work. Given the success VHAI had in its PIL against tobacco, Mukhopadhyay is mulling adopting that route to get all states to adopt the Clinical Establishment Act, which seeks to bring more transparency in how private players operate and charge patients. Only that Act, “and consumer education”, can ensure affordable and quality care, says Mukhopadhyay.

Oxfam India too has domestic as well as overseas funding sources. Denying any conditionalities to funding, Nisha Agrawal, CEO, Oxfam India, states, “We have not focused on tertiary healthcare because of our strategy—it has nothing to do with the source of our funding.” NGOs have limited resour­ces, she says, and have to be necessarily selective in focus areas. Oxfam works in the six poorest states—UP, Bihar, Chhattisgarh, Jharkhand, Assam, Orissa—and specifically in rural communities, she says. Oxfam India is not a specialised health sector NGO, she clarifies, and also works in education, forest rights, violence against women, disaster risk reduction et al. In health, “we have chosen to focus on the part—access to primary healthcare—we think will deliver maximum benefits for poor people,” specifically via the National Rural Health Mission.

Oxfam India has done research showing the PPP model in hospitals “is not delivering for poor people,” Agrawal states, lamenting that access to primary healthcare is a fundamental right and it should be publicly funded. As such, that remains Oxfam India’s primary focus of work and advocacy.

At 1.2 per cent of GDP, India’s health spending is the lowest in BRICS, and even among low-middle income countries, says Indira Chakravarthi, a public health researcher and consultant with SATHI Pune. In BRICS, per capita health expenditure in 2014 was the highest in Brazil at $947, which is a striking 13 times that of India at $75; whereas Brazil’s per capita GDP was only five times that of India. Between 1995-2005, China upped its per capita health spending by 20 times, the highest increase, and much of it from public funds.

On malpractices in the private realm, Agrawal says there’s no alternative to strong regulations—“once we have that, we can hold the health sector to account. It’s hard for NGOs to do that in its absence.” Still, Mukhopadhyay concedes, “True, if we, the NGOs, could have worked together, things wouldn’t have been so bad.”

Fight Among The Wolves