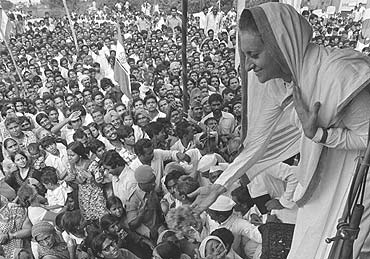 A Puerto Rican friend of mine in graduate school at the University of Chicago in the late 1950s and early 1960s used to mock what he called "the great celebration" that characterised academic discussions of American democracy and substituted for serious analysis of its shortcomings. The academic celebrators arrived on the postcolonial scene as well, directly after the process of decolonisation began, first in India, then all over Asia and Africa. All these celebrators hoped for a bright future for democracy. At the same time, they had concerns about too great a rush to adopt fully democratic principles and practices and felt a need for a double containment to allow any kind of Anglo-American style of democracy to develop and flourish.

One containment, of course, was the famous one, the blockage of Communism or any form of social revolution throughout the developing world. The second was to be internal to each country, irrespective of any real or potential revolutionary threat. Public participation was to be contained until the people and their institutions were ready for it, otherwise the new polities would be submerged under a flood of unrealistic, unattainable popular demands. So, first the people must be tutored, taught patience, taught to vote, taught to postpone the satisfaction of their needs for the sake of future generations.

Academics, along with the new leaders of the postcolonial countries, the "donor" nations and the new world banking institutions in effect hoped for what I call the three 'Ds': deference from the people to the new leaders of the new states, the new nations, and the new institutions, on the one hand, and deferment of any hopes for themselves for the sake of the bright future that was to come for future generations through development.

Despite such worries about the readiness for democracy, India, in 1951, adopted universal adult suffrage that enfranchised more voters at one stroke than the entire populations of the other two great democracies, Great Britain and the United States. At the same time, the Indian government wasted no time in dealing with organised Communist forces that used violence in the early years after Independence, which were soon smashed, while the other main Communist organisations were tamed and became domesticated to representative government. But, from time to time, persisting up to the present, there have been pockets of Left revolutionary resistance and rebellion in various part of India, all of which are labelled in Indian parlance as 'Naxalite', denoting a category of persons whom the police and other armed state forces are entitled to kill on sight. But such radically violent forces have never been in a strong enough position anywhere in India to recruit large numbers of the deprived population or threaten the strength and stability of the Indian state. Moreover, there has been a long-term process of what I have called "caste succession" over the past six decades, involving the successive incorporation of backward and lower caste groups into electoral politics.

But do the vast mass of peoples living in India called, in the political parlance of the country, scheduled and backward castes, tribes, and classes continue to defer to the elite, aristocratic, and otherwise upper dominant castes in the country? With regard to deference, the vast majority of the poorest among the lower and lower backward castes remain deferential to their imagined "betters", or feign deference to them, but political practitioners have arisen from these classes who bargain with the upper caste leaders for power, place, and pelf on terms of equality, and they do so with increasing effectiveness.

But what about the material basis of life of these classes, their dignity and respect, their ability to live the life, in Walter Bagehot's phrase, "that becomes a man" or woman? The answer to this question may be summarised under the terms, marginal gain and a somewhat altered set of 'Ds', namely, continued deprivation, deferment and displacement. The marginal gains are tabulated in the declining incidence of poverty and the increasing literacy rates, both of which, however, are contested and are far behind most of the rest of the world. 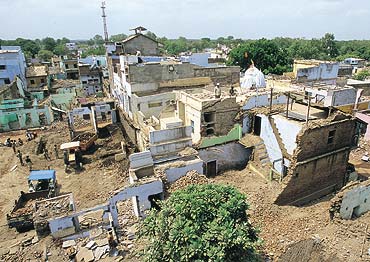 Harsud town in MP which was submerged by the Narmada dam

But deferment for the sake of development is no longer, in the age of globalisation, a justification for continued deprivation, for postponement of the needs and aspirations of India's hundreds of millions of desperately poor and "ignorant" classes. What we have now in India is Displacement. Several kinds of displacement are taking place. For the poorest and most vulnerable sections of the population, the adivasis, there has been a literal, ongoing displacement of them from their lands and rights for the sake of huge development projects, notably big dams, and forestry and mining projects.

On the other hand, the upper classes and castes in India have been largely displaced physically from exclusive political predominance in nearly all the states of India, but those who remain in power in several states and in the central government have countered their partial physical displacement in two ways. One has been to maintain their hold on the heights of power, society, and the economy, which goes a long way towards explaining their resistance to the extension of reservations for the deprived classes of India in institutions of higher and professional education and the private sector.

But, more to the point here is the third type of displacement, namely, the ensconcement in Indian society of a hegemonic ideology of militant Hindu nationalism that has displaced the formerly predominant ideology of secular, (culturally) composite nationalism. This ideology, Hindutva, is a form of mystification that aims to provide a substitute, chimerical dignity and respect for the country, India, that is "Bharat", in place of significant, genuine material advantage for most of its people. Although the BJP-led alliance, in power for the previous half-a-decade, was defeated in the last general elections and replaced by a Congress-led alliance with the economist Manmohan Singh as prime minister, the ideology of Hindutva remains vitally alive and its political representatives will remain a force in Indian politics for the foreseeable future.

Walter Bagehot believed that the vast population of England or of any country, for that matter, the "ruder sort of men", were incapable of responding in any meaningful way to anything but the various forms of mystification that he called "the theatrical elements" of government, those that appealed to the senses rather than to the mind, to the mystic, occult, obscure, and specious, and those elements appearing to promise "palpable...results". Insofar as India is concerned, there is much to support his argument: the earlier sway of charismatic leaders from Gandhi through Nehru to Indira Gandhi; the later arrival on the Indian political scene—not to mention the American—of movie stars seen as embodiments of gods and goddesses; the development ideology already mentioned above, promising, but never providing "palpable" results for most people, only just enough to sustain the slightest ray of hope; and, always important, but now more important than ever, the ideology of "the nation", of the great new Hindu nation, inspired by its "Hinduness" to greatness.

This new ideology of Hindutva, the ideology of pride in the Hindu people, also involves deferment of hopes, but in this case through their displacement on to the great Hindu nation. The hopes of the people for a better life now must once again be deferred until the Hindu nation achieves unity and strength and contains or demolishes its internal and external enemies (indigenous Muslims, rebellious Kashmiris, and Pakistan in particular). The Hindutva route and the route of liberalisation, globalisation, and a market economy that does away with or minimises subsidies and other state-granted benefits to the poor for the sake of a future growth that will "lift all boats" are quite compatible. 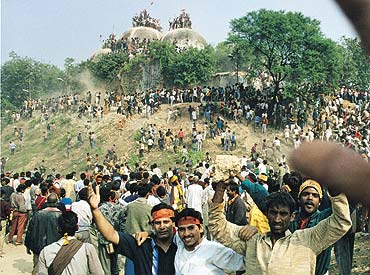 In India, the militant Hindu leaders in the ascendant for the past 15 years have mystified themselves as well as others. They have written—and told me—that they deliberately "played the Hindu card" in elections through various forms of mobilisation of the Hindu community, which included anti-Muslim, anti-Pakistan rhetoric as well as violence against Muslim populations in the country carried out by their local cadres in numerous cities and towns throughout the country during their rise to power. But, they also believe that all this is necessary in order to consolidate and unify the Hindu nation. This consolidation is not for the purpose of ultimately providing the wherewithal to satisfy the basic human needs of its hundreds of millions of poor and deprived people, but, on the contrary, is designed to acquire the respect of the other great nations of the world, particularly the United States. All hopes and needs that require large and sustained programmes and resources must be deferred and the attentions of the people displaced on to the march of the nation to greatness by putting Muslims in their place, displaying toughness and military might against Pakistan, and building a fully operational nuclear arsenal.

The current government in India does not engage in scapegoating of Muslims, but no Indian government will be willing to make any compromise on Kashmir that would satisfy Pakistan, though it may adopt a more conciliatory stance in the Valley itself to coopt militant local leaders. Nor is any change to be expected in India's nuclear policy that represents its aspiration for recognition as a great military power. That this policy is about the "country, India" and not about the people who live there is reflected in the infamous statement attributed to the former defence minister, George Fernandes, that "India can survive a nuclear attack, but Pakistan cannot". In other words, however many millions of Indians and Pakistanis may be slaughtered in a nuclear exchange, the great Indian nation will survive.

To conclude, therefore, it seems to me that the time is long past for ending the great celebration of the world's leading "democracies", which persists even in the writings of its most trenchant analysts and critics, in the latter case in the form of, "This is as good as it gets" or "it's better than the alternative". That good is simply not good enough for most of the people of the world. It benefits rather a minority, large in some countries, smaller in others, who sustain their wealth, power, and influence through both conscious manipulation of symbols and through the general processes of mystification mentioned above. The fruits of a half century of mismanagement, loot, and disregard of the needs of ordinary people in contemporary developing countries have already begun to appear in the form of genocide in several African countries, riots, pogroms, and massacres in others, including in the latter case the Indian democracy, and the ever-increasing threat of nuclear catastrophe confronting both the "greatest" and the "world's largest" democracies, the US and India.

(Paul R. Brass is Professor (emeritus) of Political Science and International Studies at the University of Washington, Seattle. His most recent books are Forms of Collective Violence: Riots, Pogroms, and Genocide in Modern India and The Production of Hindu-Muslim Violence in Contemporary India, OUP, 2003.)