Nipped In The Budget

Long on hype, short on delivery. That in sum is Jaitley’s maiden financial statement. 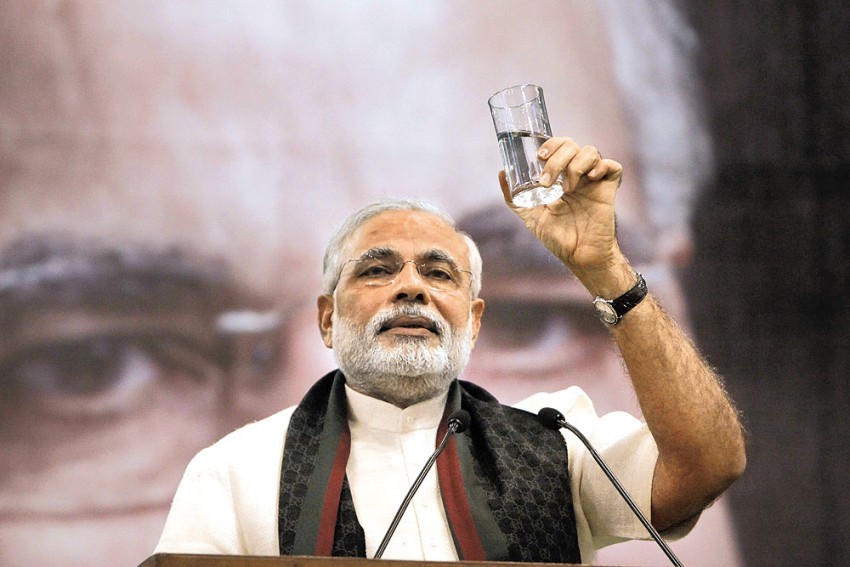 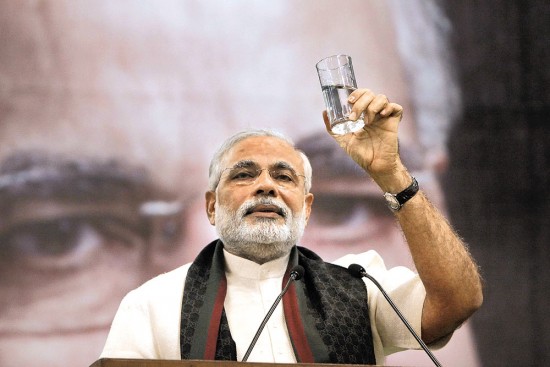 What’s In The Budget For

The unprecedented hype made it worse. For a month and a half now, a breathless media beamed only one message at hundreds of millions of Indians: lower prices, big economic changes and achhe din were to be kickstarted come July 10, budget day. But at the end of a mind-numbing afternoon, it was evident that the budget speech was too long, overloaded with minutiae, and fell far short of presenting an emphatic big picture. Actually, Union finance minister Arun Jaitley’s maiden budget left consumers and experts alike with more questions than answers. That’s hardly the signal you’d expect from a government that just two months earlier had won a massive mandate for change.

Worryingly, far from a roadmap, the Narendra Modi government’s gameplan seemed overeager to please all with symbolic grants. It didn’t need to do so. Wasn’t its mandate to reverse the slowdown in economy witnessed in the last two years and revive growth through a big investment push and policy change? Instead, as a senior economist said in a snarky (and therefore anonymous) comment: “This is an extension of Manmohan Singh’s budgets, framed in a lazy mood that does not spell out any change.” To make matters worse, former finance minister P. Chidambaram congratulated Jaitley on presenting a UPA-style budget.

As many as 29 projects in Jaitley’s budget have been allocated Rs 100 crore each, while 11 figured in the Rs 200-crore category, including the Sardar Patel statue planned in Gujarat. Six projects cornered Rs 1,000 crore allocation each; double that number will net Rs 500 crore. As someone remarked, only consultancy firms will benefit from such low allocations. The first budget announcement included a long list of measures covering issues ranging from irrigation, farm loans, rural and urban infrastructure to women’s safety and sports.

Now, the knives are out. Experts say the bureaucratic hold in government is responsible for the continuity in policy. This is possibly why the NDA government decided to go along with the fiscal deficit target of 4.1 per cent, taking it as “a challenge”, says Rajiv Kumar of the Centre for Policy Research. He wasn’t exactly “jumping through the roof” with the government’s juggling act between fiscal consolidation and promoting gro­wth and giving the aam aadmi some relief.

The charitable view is that it may be early days for expecting too much from the Modi government. “In terms of the length and in terms of the laundry-and-cookbook approach, the budget was identical with the Congress and therefore very disappointing,” says Surjit S. Bhalla, the chairman of Oxus Investments. This was “more of a vision statement,” he went on to add, “with content to come out later”. Perhaps. 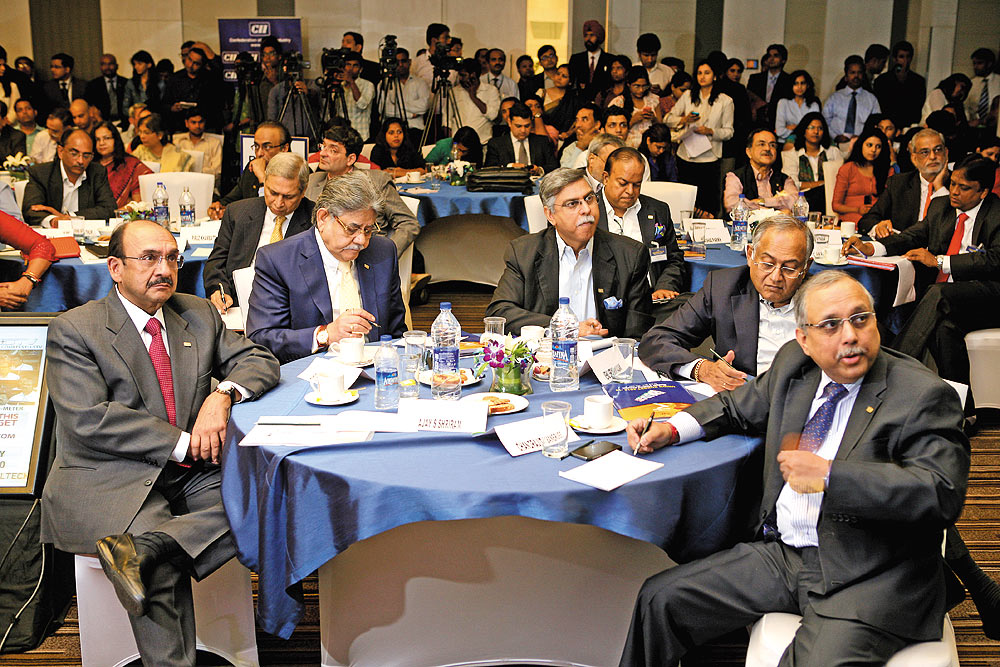 But even as a vision statement, it was wanting. There was little clarity, for instance, on how exactly the economy was going to be revived. Or on whether the government proposes to continue with the various subsidy schemes (all Jaitley stated was that the government would be relooking at the urea fertiliser subsidies and reformating the rural employment scheme of NREGA). And while Modi has rewarded the average tax-payer and supporter with the promise of some more money in their pocket, foreign investors are hardly jumping with joy at moves to increase FDI in defence and insurance, but with the powers still vested in Indian hands.

Likewise, there is mixed reaction in industry over the finance minister’s proposals on the controversial retrospective tax that had many MNCs and companies up in arms against the previous government. The FM said that while retrospective tax from older cases cannot be withdrawn, in future, it will be dealt with at the highest level of the government. This is being interpreted by experts in many ways. Says Pranay Bhatia, partner with BDO India, “It is not in line with expectations. The ambiguity about retro taxation remains.”

Girish Vanvari, co-head, tax in KPMG, takes the explanation further. “He is not solving the issue,” he says. “He is saying that in future, there would be no retrospective tax. This would make new investors happy and bring them some comfort. There is hope that new cases will not open in litigation and the ones that have come up in the last few years will be treated leniently.” This remains to be seen, of course.

Ambiguities remain even in the much-talked-about infrastructure boost—an area of major focus in Jaitley’s budget. “There is a clear push towards infrastructure-building,” says Mahesh Vyas of CMIE. “However, it is lacking in answers on things like land acquisition or labour reforms.” And this when no budget has been as long in detail as this one, making it unavoidably and unusually long, adds a weary Vyas. Similarly, though the budget has provided incentives in manufacturing, particularly for the MSME through greater access to funds, Jaitley has carried forward the concessions P. Chidambaram provided in the interim budget.

The FM has also belied the expectation that the budget would lay out the roadmap for an inclusive and sustainable growth. “It was not about numbers (we all realise the fiscal constraints) but a lost opportunity to showcase the roadmap and the government’s commitment to poverty reduction, health, nutrition and education,” says Dr A.K. Shiva Kumar, economist and policy advisor. Kumar described the vision for reforms in the social sector as very weak—“lacking in vibrancy of the kind of thinking displayed for revival of manufacturing and infrastructure.”

Atsi Sheth, senior VP, Sovereign Risk Group, Moody’s, felt the budget did not have an “overarching theme”. The budget speech, for instance, did not detail exactly how the deficit will be reduced to 3.6 per cent and 3 per cent over the next two years. “This lack of detail on key policy challenges makes it difficult to assess the likelihood that these challenges will be successfully addressed,” she says. The finance minister would have been better-off adopting a more realistic fiscal deficit target which would not have put his 19 per cent revenue growth assumption to major test.

Achieving it would in large part depend on the government meeting its disinvestment target of Rs 63,425 crore, which is lower compared to the Rs 80,000 crore the UPA government planned to raise during the current fiscal. Buried inside the budget papers, it includes disinvestments of the government’s stakes in central public sector enterprises, and equity in non-government entities and in the Central Public Sector Enterprises Exchange Traded Fund.

It also includes offloading shares in PSU banks to the public. This, analysts say, is a way to kill two birds with one stone. Banks need to fulfil international norms on capitalisation—they need over Rs 2.4 lakh crore by 2018. They are also thrashing about to raise these funds and struggling for autonomy. “Even in the most buoyant of divestment years, India could raise only Rs 36,000 crore. Now, this is a novel approach by the government, to keep the government’s hold on banks intact while meeting their capital needs by raising funds from the market,” says U.R. Bhat, managing director, Dalton Capital.

As for non-banking PSUs, market regulator SEBI wants them to divest anything more than 25 per cent government shareholding. Jaitley made no mention of this in his speech. What’s holding the government back, perhaps, is the immense complexity woven into PSUs. Oil marketing PSUs, for instance, need to know where the official policy on oil subsidy is heading before letting go of the government’s hand—an area Jaitley has failed to shed light on. The issue of energy subsidy is expected to assume greater focus once the government takes a call on the gas pricing formula in September, a move that could double the price of domestically produced gas.

As it is, with the Iraq crisis continuing and adding to the troubled scenario in West Asia, global crude prices have shot up again, adversely impacting domestic prices of petroleum products. India currently imports over 80 per cent of its crude oil requirements. Under the subsidy regime, under-recoveries from sale of subsidised petroleum products is split between the government and marketing companies. If the government decides to further divest stake in the oil PSUs, the subsidy issue will have to be looked at more closely, else the investor could always question the subsidy burden placed on the company by the government.

As Jaitley’s maiden budget documents show, nearly a third of the revenues disappear into interest payments and subsidies, another third to defence and establishment costs, including salaries and pensions, leaving 10 per cent or less of tax revenue for actual expenditure. One of the changes in Budget 2014-15 is Jaitley’s decision to hike Plan allocation to Rs 5,75,000 crore, a 27 per cent hike over ‘actuals’ for 2013-14, and not the amounts allocated in the previous year. This results in savings on expenditure. 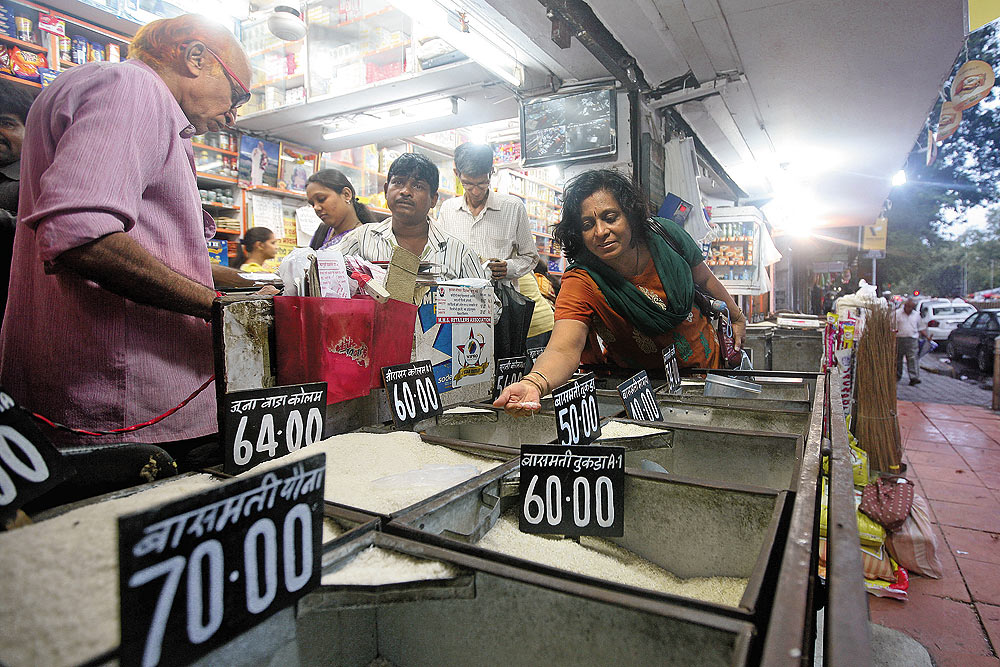 Retail Therapy Will more income in the hands of the middle-class consumer increase spending?. (Photograph by Amit Haralkar)

Explaining the concept of his budget, Jaitley had mentioned that the takeaway is the incentive to manufacturing, a roadmap to tax reforms and making life easier for tax-paying citizens. The government has striven to clear some of the unresolved agenda items of the UPA regime that had affected the credibility of India’s economic model of development.

One legacy of that is the public-private partnerships (PPP), which Jaitley assures will be looked into for resolving issues leading to charges of corruption and crony capitalism. Critical of the overdependence on PPP to deliver on infrastructure and services, Narendar Pani of the National Institute of Advanced Studies says the NDA government’s budget is a “continuation of the UPA kind of budget and economic philosophy of promoting the private sector. There is no focus on cost-effective infrastructure appropriate to what the industry needs without losing competitiveness.”

Like the previous NDA government, Modi is looking at roads, rail, ports and waterways to push demand and create jobs. While reforms on social sector spending await a relook, the government has set up two committees to look into expenditure reforms and tax laws.

Many experts are willing to give this government more time. According to Vijay Mahajan, chairman, Basix Group, “For the bottom third of people, there is a message that if you need help the government will help, but the old-style subsidies and cash help will not come. It will be more organised. For the middle-income people the government has said that for their 100 micro problems, a bit has been done and the rest will be fixed in the next budget. For the top third, the government has tried to address their problems through clearances, policy and by fixing the system and by tapping FDI to bring in money.”

But all said and done, there’s no denying the sense of having been let down in comparison with the expectations. S.L. Rao, former director general of NCAER, exp­resses disappointment that the big action promised by the Modi team has failed to materialise, be it in social sector spending or in providing clarity on tax matters. “The budget lacks in macro-economic details. It would have been better if there had been less schemes with more reasonable budget allocations,” he says.

Though there is hardly any long-term vision in this budget or measures to generate revenues in the mid- to long-term, many have chosen to call this a budget in progress whose final instalment will come in February 2015. Imagine the hype next February.

By Lola Nayar with Arindam Mukherjee and Pragya Singh