Self-explode kits for beginners; Up in smoke; Reserved tables; Li'l late in the day; Sky is the limit 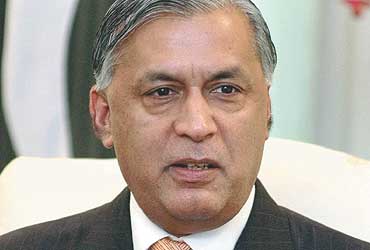 The United States state department has told Pakistan Prime Minister Shaukat Aziz not to visit Washington in July to avoid "crowding and complications". The man himself wanted to come in end-July, around the time Prime Minister Manmohan Singh is expected in the US capital. The reason: Pakistan’s compulsive "hum bhi hain" competition with India. Fortunately, the state department showed some clarity of thought and decided it wasn’t a good idea to have two PMs around at the same time, especially when business with one is of an entirely different nature from business with the other. As a White House source deliberated, with India, it’s a positive agenda for the future while with Pakistan it is atoning for past sins.

Still, not to be pushed down easily, the Pakistanis have decided to send foreign minister Khurshid Mehmood Kasuri to mark their presence. The alleged reason was to "prepare" for a future Aziz visit, whenever it may materialise. The state department said yes, but apparently rolled its eyes. Emboldened, the Pakistan embassy then asked for a meeting with President George Bush. Why? Because Indian foreign minister Natwar Singh had got one in April and Bush was noticeably enthusiastic about Indo-US relations. The White House relented because "we don’t want them to think we don’t care", said one US official, adding "Pakistan is always looking at how we are treating India". Another US official was heard complaining that the Pakistanis make everything into a competition. "If we have a dialogue on space cooperation with India, they want one too. We have to ease their anxiety and get them used to the difference in relations we have with India," he admitted. For now, it all seems like US diplomats are unable to shed the habit, even though they profess to pursue separate policies with India and Pakistan. New Delhi is sitting pretty though, for such nitpicks can hardly bother the Indian caucus nowadays. In these days of multiple suitors crowding the Indian capital, it simply shrugs at such games.