Vidya Balan turned up towards the end to claim credit, of course, but the truth is Indians watched the making of The Dirty Picture all year, this year...

Vidya Balan turned up towards the end to claim credit, of course, but the truth is Indians watched the making of The Dirty Picture all year, this year. And strange as it may seem, it didn’t always feature a bombaat “Madrasan” heaving her heavies at the front-benchers but hamhanded actors from Harvard and Oxford inflicting their sadomasochistic moves on the public—and the Republic. Whether this is what the director wanted we do not know because no one has ever heard him shout ‘cut’. So, when the producer will pull out of such a foolhardy project and introduce a teenybopper is just a matter of time. But what if, like SRK’s film, Ra.One turns out to be a box-office dud?

You could extend the analogy and play on the puns endlessly to understand the “Kolaveri of the Kattle Klass” and emerge none the wiser. But suffice it to say, in the very year West Asia took a giant leap towards democracy via Tahrir, South Asia’s biggest was taking baby steps out of it via Tihar—mocking the rage of the middle classes, smearing dissidents, blocking protests, thrashing protesters, attacking constitutional bodies, choking the media, even fiddling with Facebook.

As The Great Reformer bookended by the euphoria of 1991 and the FDI crash of 2011 sits back to watch Zindagi Na Milegi Dobara at the end of an annus horribilis of missed opportunities, surely there is no harm asking if he would be buying shares of UPA-II were it a listed company?

Over 35 pages in this issue, Outlook’s “Tongue Parivar” licks their way through the nation’s alimentary canal, but the one place we didn’t stop by is that microcosm of secular India in the year gone by: the cold walls of Asia’s biggest slammer. Netas and chamchas; fixers and factotums; entrepreneurs and executives; Brahmins, Muslims, Marwaris, Kayasthas, Nairs, Thakurs, Dalits; from north, west and south—all adorned its air with their effluent, and checked out before the real winter set in.

It might all seem small (and yucky) in hindsight, but a potluck of such varying cuisines—Udupi, Mughlai, Jain, coastal—in a place whose staple is roti-sabzi is not to be sniffed at. Indeed, for a populace that had been persuaded to believe that those with red lights over their crania were beyond law’s long limb, this was a signpost moment: it showed at once the cause—and the effect—of the establishment response to the anti-corruption movement unfolding nightly on television.

Not surprisingly, a regime that couldn’t tie its pyjama strings without tripping over itself sent the very symbol of the “Occupy Tihar” movement to reside with the crooked and the corrupt. If there is anything that might please Anna Hazare’s supporters as a new dawn looms for the Lokpal, it is the delectable prospect that the 170-plus IQ genius who sent him there could soon arrive to taste some home-cooked Chettinad fare.

Like George Orwell, the Bihar-born oracle he considered master, Christopher Hitchens had an India link: his father’s father had been a foot-soldier in the Indian army during the first world war, something he revealed in perhaps the only one major article he ever wrote for an Indian publication. Getting Hitchens to write was easy; receiving his piece wasn’t. Uncharacteristically, he realised on deadline day that he had forgotten all about it. 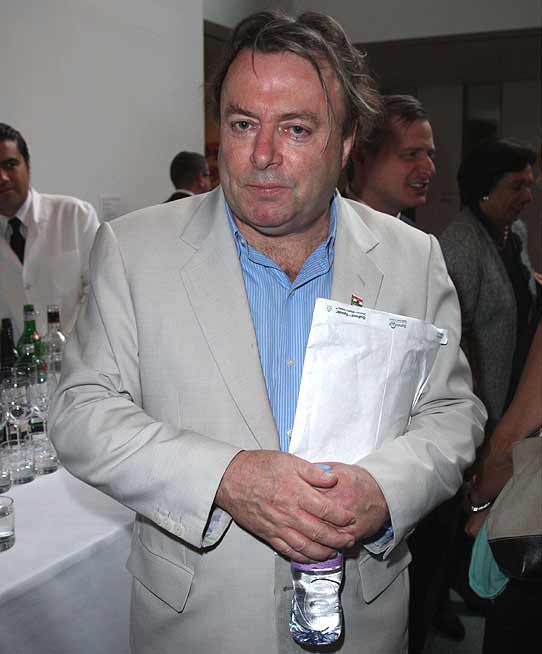 For Christopher’s sake: A piece on tap

“How much time do we have?” he asked on the phone. Three hours, I said. “Okay. I am getting into a plane. Talk to you soon,” he said in that trademark staccato. Two hours later, the 2,156-word piece was in the inbox as promised with the trademark sign-off, “Herewith. Hope it serves. As always, Christopher.”

He hadn’t set any terms for payment, but when a small confusion arose thanks to Outlook’s notorious accountants, Hitchens went ballistic, threatening to out us among “all your friends”. No amount of persuasion was enough to convince him that the cheque was really “in the mail”. When it did finally reach him, he was soft as a teddy, apologising profusely for losing his cool.

Two years later, when we met in Washington, he coined a new nickname for yours truly: Crime. Because crime doesn’t pay. And promptly proceeded to pick up the tab for an all-liquid lunch.

What’s in a mane?

As Rahul Dravid’s 6,403-word masterly oration inspires oohs and aahs, time to remember his idol, Gundappa Vishwanath’s understated humour. On his first tour Down Under many moons ago, Venkataraghavan introduced Richie Benaud to the young batsman already making waves. “Surely, you know him,” said Venkat. “Yesh, of courshe,” said the voice of Australian cricket, “Vishnawath, right?”

Then, turning to Vishy, Venkat said, “And surely you know him?” Yes, said Vishy: “Richie Bednau.”