In West Asia today, the tunnel is long and dark: the only sign of light is news that the US is perhaps encouraging Saudi Arabia to normalise ties with Iran. 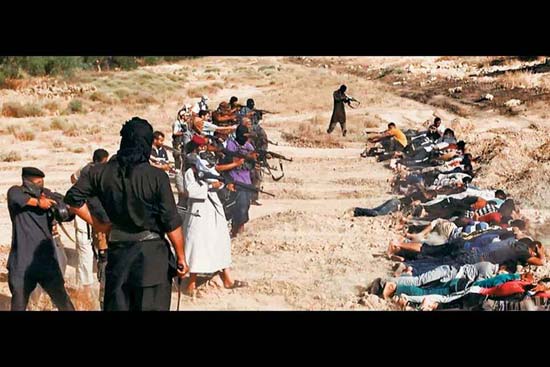 As we survey the West Asian scenario at the end of 2014, it is difficult to recall those heady days four years ago when the Arab Spring had revealed its first promise of freedom and dignity, and opened for the Arab people a season of hope and infinite possibility. Over the years, those expectations have died a painful death, and the region has returned to its all-too-familiar expressions of animosity, intolerance, and violence, amidst scenes of individuals and communities murdered on social media, and millions condemned to refugee camps with no expectation of ever going back to the homes they knew.

Over all these developments is the looming presence of the Islamic State (IS) that has set up a Sunni caliphate, straddling the borders of Iraq and Syria, re-opening old sectarian and doctrinal faultlines, and overturning the regional geopolitical order.

The three principal nations in the region—Saudi Arabia, Iran and Turkey—rich in history and contemporary influence—are themselves deeply divided and mutually suspicious. They make vain attempts to grapple with the deteriorating situation, but achieve little since they have competing interests and cannot unite their efforts to confront the common scourge.

The regional situation is further complicated by the dramatic and unexpected fall in oil prices, to the extent of nearly 40 percent in six months, denying the countries of the region billions of dollars they desperately need for national development and to appease their restive populations lest they clamour for political change that would give them a voice in determining their own and their nations’ destiny.

In this confusing situation, it is important to go back to the first causes of this malaise. The Arab Spring posed a significant challenge to the political status quo that had characterised the region for several decades. The fact that this challenge came from Islamist groups made it even more daunting since their values and agenda were anchored in both Islam and modernity, proposing a fusion of Islamic principles and modern western political theory consisting of constitutionalism, political parties, elections, parliaments, and above all acceptance of universal human rights.

They thus resonated most effectively with the Arab populations and constituted a threat to the pre-modern patron-client political order and the attendant authoritarianism of the Arab polities. The latter struck back, taking advantage of the errors and ineptitude of the Islamist rulers in Egypt, and then demonising Iran for the promotion of its sectarian and hegemonic interests in the Arab world. The battle lines were thus drawn in Syria, whose leadership was now seen as an Alawi/Shia regime and therefore a sectarian enemy.

The other area of contention was Iraq where American intervention had led to a Shia-led government. This was seen in Riyadh as a strategic disadvantage since it privileged Iran. The sectarian approach of former Prime Minister Nouri al-Maliki further fuelled these concerns, leading several public and private sources in the Gulf Cooperation Council (GCC) countries to fund Sunni elements that would confront the regime in Baghdad and uphold their sectarian interests. The virus of sectarianism has thus become an integral part of the strategic competition in the region, with Iran and Saudi Arabia confronting each other in what each of them sees as an existential conflict. The Islamic State has flourished in this confrontation.

Saudi Arabia is also concerned about two further developments: the active Iranian military role against the IS in Iraq, and the Houthi takeover in Sanaa, so that an Iran-supported Shia group is now dominant on Saudi Arabia’s 1600 km long border with Yemen. Saudi commentators see these as “major transformations” and “new tragedies”.

Amidst these regional contentions, the Kingdom seems to be quiescent. However, the reality is quite different: the Kingdom is active in the GCC countries, in Yemen and in Washington to ensure that its regional interests are understood and respected. The success of these efforts is reflected in Qatar recently returning to the GCC fold, even as the US is keeping it informed about developments in its dialogue with Iran. In Yemen, it has terminated its aid programme while its officials are making efforts to establish Saudi influence with the new players.

In West Asia today, the tunnel is long and dark: the only sign of light is news that the US is perhaps encouraging Saudi Arabia to normalise ties with Iran. In the words of a Lebanese commentator, this rapprochement “carries the magical prescription that is capable of resolving all the region’s problems”. Taking into account Saudi concerns that the US might conclude a “grand bargain” with Iran which would give it a premier role in regional affairs, the US is believed to be suggesting a revival of the old Nixon Doctrine in which both nations would be the twin pillars of regional security. As of now, that seems a long way off.

Talmiz Ahmad is a former diplomat. This web-exclusive column does not appear in print magazine.