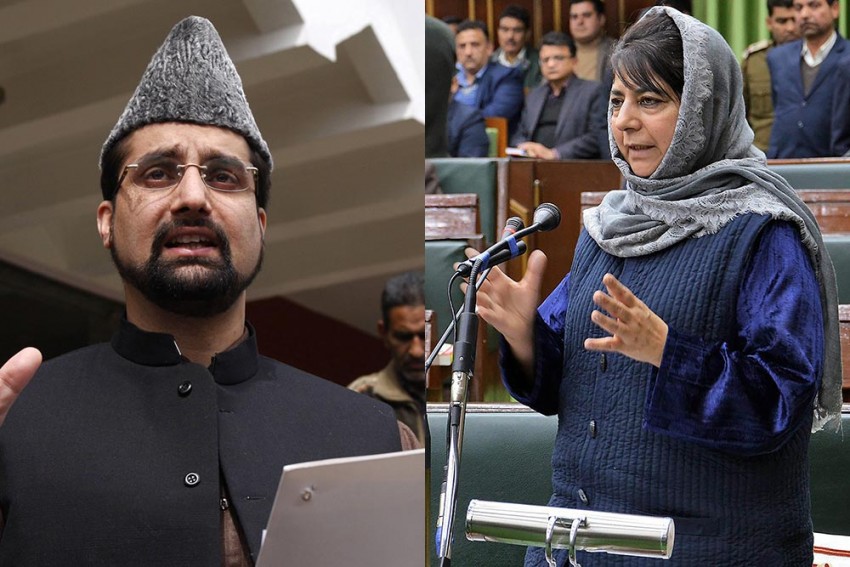 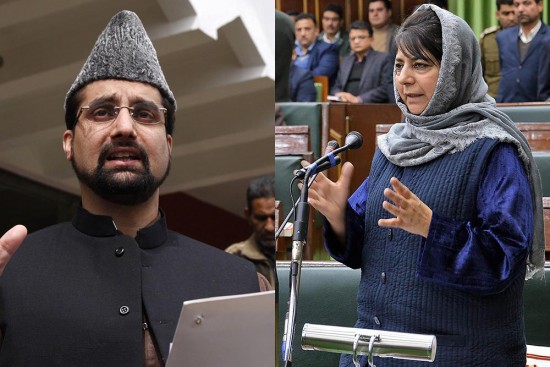 Pakistan didn’t wake up to a happy New Year this time, going by the United States President’s open accusation of the Indian neighbour. In his first tweet in 2018, Donald Trump accused Isla­mabad of “lies and deceit”, and threatened to cut aid to the Islamic rep­ublic for not offering Washington sufficient help in hunting “terrorists” in Afghanistan. The statement did trigger tremors, which crossed over to the Indian territory—up to Srinagar.

For, Pakistan, which has posed as a friend of Kashmiri secessionists, has long been seen as a US ally. The Valley’s separatist leadership has looked towards American int­ervention in resolving the decades-­long Kashmir dispute. Suddenly, the separatists in Kashmir have now little hope left on the US and other Western countries in this issue.

“At one time, we had great expectations from America,” moderate separatist lea­der, Mirwaiz Umar Farooq tells Outlook. “Ours is a genuine struggle based on hum­anitarian principles. The solution of the Kashmir issue should be now found within the region.” For Mir­waiz to say “regional players India and Pakistan” have to take an initiative on Kashmir is a dilution of the stance he took earlier while talking to the then prime ministers A.B. Vajpayee and Manmohan Singh.

It’s not just Mirwaiz, 44, speaking so. Similar views are being echoed by mainstream political parties across Kashmir. Even the state’s chief minister Mehbooba Mufti is advocating dialogue between Islamabad and New Delhi. She, on the second death anniversary of her poli­tician-­father Mufti Mohammad Say­eed on January 7, stated that talks alone will bring peace. “Jammu and Kashmir in this process will facilitate than imp­ede,” added the PDP leader.

Mirwaiz feels it’s “premature” to think that the US and Pakistan will turn into enemies, but says America, since Pre­sident Barack Obama’s tenure (of eight years starting 2009), has remained silent about Kashmir. “In 2016, the American press wrote about human-­rights violations in Kashmir when pellet guns blinded a local youth, but the US government remained silent,” he recalls. “In the Trump administration, we don’t see anything different to happen.”

Why such a prediction? According to Mirwaiz, it’s because India’s clout at the world stage has grown due to its economic power. Without naming the China-Pakistan-Russian axis, he says people within Jammu and Kashmir are keenly watching new alliances coming up in the subcontinent. “But I think India and Pakistan, as regional players, should come forward to resolve Kashmir,” he adds, avoiding China. After the Sopore blast, police believe JeM will take a front seat in the militancy, relegating the Hizb and LeT.

Of late, Beijing’s moves are being keenly watched in the Valley, as the China-Pakistan Economic Corridor pas­ses through Gilgit region of Pakistan-Occupied Kashmir. At the height of the unrest in October 2016, an unusual incident took place in Baramulla district when, for the first time in the restive Kashmir, a Chinese flag was waved alongside the Pakistani flag. The stitched cloth was emblazoned with the message: “Long Live Pakistan-India friendship. Kashmi­ris are waiting for your help, China”. Later, a massive crackdown in Baramulla town traced the flag to a woo­den casket in the local mosque.

Ten months thence, during the Doklam standoff in August last year, China needled India by asking New Delhi what it would do if Beijing “enters” Kashmir. Wang Wenli, deputy director-general (boundary and ocean affairs), had said, “The Indian side has also many trijunctions. What if we use the same excuse and enter the Kalapani region between China, India and Nepal or even into the Kashmir region between India and Pakistan?”

Analysts feel the US administration’s decision to freeze aid to Pakistan will adversely impact the Kashmir situation. They say the western disturbance will not only heat up South Asian politics but also worsen security in the Valley. After all, hardliners in Pakistan and Kashmir have already misread China’s veto on Maulana Masood Azhar as a tacit endo­rsement of anti-India violence. “They will feel emboldened,” says a senior pol­ice official, as Beijing had, in early November last year, blocked a UN bid to list the head of the Pakistan-based militant Jaish-e-Mohammed (JeM), as a global terrorist. “For, the hardliners will believe that China will provide them a strong cover against US pressure whenever India appeals to the West.”

Also, Kashmiris seem to be in a change mode. Instead of old powers, they now want “new bullies” to support their cause. “No surprise that it is North Korea’s Kim Jho-un who has emerged as one of the popular figures on social media in Kashmir due to his calling out to Trump in recent times,” says a senior police off­icer. “It reflects the scale of disappointment Kashmiris are experiencing from the traditional bulwarks of global diplomacy and the West.”

Senior police officials say that two unto­ward incidents at the start of the year suggest what is likely to happen in Kash­mir in the coming months. On January 6, an IED blast set off by the militants killed four police personnel in Sopore, 55 km nor­thwest of Srinagar. Second, the JeM, for the first time in the past two decades, introduced local fidayeen at Lethpora in south Kash­mir’s Pulwama distr­ict on December 31 when its three militants, including two locals, ent­ered a CRPF training INS­titute. The attack killed five CRPF personnel.

The IED attack was preplanned, as militants were expecting huge deployment of the forces on the narrow lane of the Gole Market. The town was shut to protest against a 1993 killing of over 57 civilians, allegedly by paramilitary forces, on the same date. A quarter century later, the militants were expecting heavy dep­loyment of the forces on the day; so they placed an IED under a shop and blew it up through a remote control once they saw the police personnel assembling there. Abdul Majeed, one among the eight traders whose shops suffered ext­ensive destruction, says it was after a long time the IED explosion has taken place in the area.

Sopore senior superintendent of police Harmeet Singh, who is a top counter-insurgent off­icer, is worried about a “return of the IED in Kashmir”. According to police sources, the last IED blast took place a decade ago when militants in 2007 triggered such a device in north Kashmir, killing eight jawans, including a BSF deputy commandant.

In the past few years, militancy and pro-extremist protests have shrunk in the district, which has only a few militants of LeT and JeM operating these days. “There are around 10 to 15 of them,” says SSP Singh. “They are either with LeT or JeM. We have cleared the area of Hizb.” The police believe the JeM would now take a front seat, relegating the Hizb and LeT, courtesy Pakistan having come under pressure from the US.

In the December 31 fidayeen attack, one of the two local militants killed was a teenaged son of a police constable. Fardeen Ahmad Khanday, 16, had left his home for a walk on September 15 last year. A week later, his picture appeared on social media—as a JeM boy brandishing an AK-47 rifle. The last time a local militant was involved in a fidayeen attack was in 2000 when Afaq Ahmad Shah blew himself up at the entry gate of the army’s 15-Corps headquarter at Badami­bagh in his city of Srinagar.

Senior police officers say fidayeen attack and the IED explosion show a changing trend of militancy in the Valley. Unlike in 1990, the present militants don’t cross the LoC to get arms training. Before the December 31 attack, they were not considered as battle-­hardened and fighters. But the fidayeen attack has changed the perception of the security agencies towards local militants. “Now you have quality militants in the Valley,” says Singh. “They have seen the deaths and killings closely. They know the consequences of joining militancy, yet they are joining it.” The police believe the area has 30 to 40 JeM militants, and that they could repeat a deadly Decem­ber 31 type of attack.

While the police apprehend a rise in highly “motivated militants” who may revive fidayeen attacks and IED blasts, the Opposition National Conference says Kashmir is not an issue of violence, fundamentalism or terrorism. “It is a political problem that has to be resolved bilaterally,” says party state spokesperson Juniad Azim Mattu. Senior separatist leader Abdul Gani Bhat, a former chairman of Hurriyat Conference, says America has “never done anything” reg­arding Kashmir. “The present crisis in Pak-US relation is temporary,” he says, adding that Kashmir issue, though, is to be resolved by “India, Pakistan and people of Kashmir”.

By Naseer Ganai in Sopore and Srinagar