Neutral Star Over A Quarrel

The goal of providing the ordinary Indian a clear, objective account of Sino-Indian ties succeeds. Yet, the lucid narrative is blighted by editorial neglect. 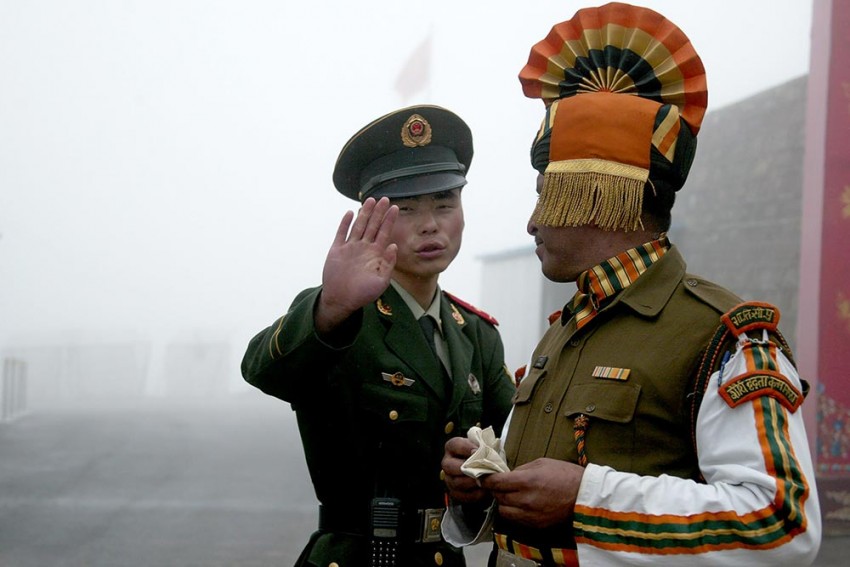 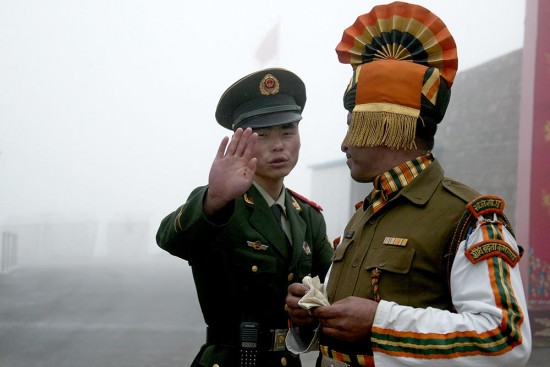 On page 347—an apt point to begin with—the author tells us that he wrote this book bec­ause he “strongly” believed that there was an “urgent need to make Indians aware of the historical facts behind the border dispute...(they) deserve the right to this information....” Nary were truer words said! Border incursions by China have dominated media in India—in a manner that has demonstrated passionate, but UNI­n­formed, intensity. Their eternal vigilance on this issue would be laudable, were it not the case that it has genera­ted more heat than light. Unsurprisin­gly, the uninitiated citizen is con­­vinced that China is lulling India into (econ­omic) complacency with the perfidious intention of gobbling up our territory.

This quest for ‘enlighten(ment)’ has been a driving factor behind Raghavan’s journey into a historical thicket spanning more than a century and a quarter. Rem­arkably, he emerges from there with a lucid road-map for the lay reader. His background—medicine and thence a car­eer in the Indian Revenue Service—is an asset, for he embarks on his journey with “abiding love for history” and analyses policy (both foreign/diplomatic and military) with the objective of acquiring clarity, sans narrow nationalist blinkers.

This account is one of the most concise, coherent and objective accounts of imperialist intrigues and problematic legacies of Britain, India and China to have appeared recently.

But, that is also the reason why he mistakenly contends that “all Indian writers tended to look at 1962 and the defeat” thr­­ough the same prism of Chinese treachery and Indian gullibility. This is certainly not the case; one wishes he had cast his net a little wider and read some serious Indian scholars—Mira Sinha Bha­ttacharjea, Giri Deshingkar, G.P. Desh­­p­ande, V.P. Dutt, Parshottam Mehra come to mind immediately—who have produced remarkable insights into this complex story. To be fair, Raghavan has read extensively—all major accounts by the Indian bureaucracy, civil and military, and some of the authoritative Western scholars, not­ably Garver, Maxwell, Wood­man, Hoff­man, Lamb, and Bell, on whom he relies and who are his main references. Ragh­a­van’s account is easily one of the most concise, coherent and objective acc­ounts of imperialist intrigues and problematic legacies involving Britain, India and China to have appeared in recent years.

For Raghavan, the ‘dividing lines’ are fundamentally about how far back in history does one go and whose history does one privilege. The reach of the Indian civilisation (as opposed to territorial control)—east, west and north—went way beyond the maps that the logic of an expanding British power ruthlessly, and in total disregard of people it affected, imposed. Modern nation-states need fixed boundaries, but in choosing to follow the imperial logic, and selectively at that, we have shackled our ima­ginaries, straitjacketed our peripheries and boxed ourselves in rigid positions.

A spirit of critical enquiry animates this account. From the later 1950s, the period immediately before the war and then the war itself, it asks tough questions and apportions blame fairly. The chapters are compact and pithy sub-headings sum up sections, making it easy to refresh or cross-check. One wishes that more and better maps had been provided—it would have quadrupled the impact of the narrative, for the illustrations provided are ext­remely unfriendly.

We are informed that this is a second edition—(first published in 2012)—with an additional chapter: Postscript to Armed Conflict (1962 to the Present Day). This stands in sharp contrast to the quality of the preceding account. Clearly, it has been put together hurriedly—and far less auth­oritatively—and is characterised by inaccuracies [‘(1962-1976): a period when no diplomatic ties existed’ (p. 303)] and notable omissions. The agreements of 1993 and 1996, which have enabled the maintenance of peace on the borders for nearly three decades now, and the landmark agr­ee­ments of 2003 (Setting up the Spe­cial Political Representatives) and 2005 (Political Parameters and Guiding Princi­ples) do not find any mention. Was the publishing/printing done at record-breaking speed? There are technical glitches too—sentences break midway and start a new para; the font switches to italics without reason; there are no italics where they should be; footnote numbers suddenly vanish and are replaced by symbols, typos etc, which punctuate reading flow.

Raghavan has targeted this book at the average Indian for whom China is looming larger. Given the critical role played by public opinion, this account could be use­ful in tackling some popular hardy myths, raising uncomfortable questions, and maybe promoting honest debate. This book could justifiably have been titled ‘The Intelligent Indian’s Guide to the India-China Boundary Conflict’.

(Alka Acharya is with the School of International Studies, JNU)