Home  »  Magazine  »  National  » Interviews  » Interview »  ‘Neither A Victory Nor An Exoneration’

The amicus curiae of the Supreme Court in Zakia Jafri’s petition in the Gulberg Society carnage, put the SC order in perspective. 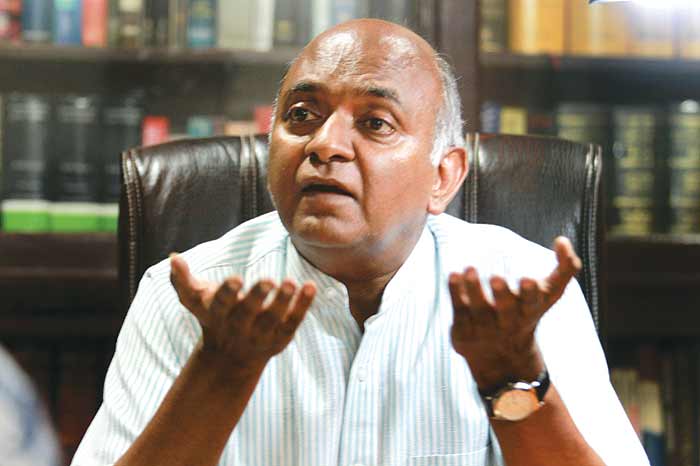 Raju Ramachandran, the amicus curiae of the Supreme Court in Zakia Jafri’s petition in the Gulberg Society carnage, put the SC order in perspective.

How do you read the SC order of September 12?


The Supreme Court’s order advances the cause of justice. The petitioner had approached the Court mainly seeking the registration of an FIR on the basis of subsequent information that she came to know about the events. The Court has got the matter investigated, got an independent opinion, and directed the matter to be placed in court: a stage beyond the filing of an FIR. The Court has ensured that the law is set in motion, and has thus fully discharged its responsibility as the highest court.

This is the legal position but the popular message and the political opinion on the SC order is that Modi has emerged victorious. Your comment.

I will not make a political comment. What I would say is that there's no victory or defeat here. And there is neither exoneration nor indictment at this stage. The SC has very carefully and scrupulously refrained from making any comments on the merits of the allegations in Jafri’s complaint. But while the Court has decided not to monitor the case any further, it has done complete justice. How? The petitioner’s grievance was that an FIR was not being registered; what she has got now is an investigation done under the supervision of the SC itself and a direction to place the investigation report before the proper court, in addition to an independent assessment of the investigated material. The SC order has ensured that the process of law is set in motion. This order is neither a victory of X nor defeat of Y; it's the triumph of the Rule of Law, and of justice.

So, it’s not a setback, however minor, for the petitioners as it’s being perceived?

What are the implications of the order for the Gulbarg Society case that’s now being heard in Gujarat?

If that court decides that there is sufficient evidence against those whom the complainant had sought the registration of the FIR, such persons will also be arraigned as accused in that case.

So Modi and 61 others now stand as “accused”?

The persons in Jafri's complaint are not “accused” in the legal sense. A person becomes an “accused” when the police file a chargesheet or the Magistrate takes cognisance.

The SC appointed the SIT, it reportedly reached findings/conclusion different from and not borne out by its own investigation and evidence on record. The SC then directed in May this year that you as the Amicus Curiae would review SIT reports and material. In the light of your observations, would you say the SIT reached wrong/misplaced conclusions? How would you react to the infirmities in the SIT report, such as they are in the public domain?

Since the SIT’s report and my report are confidential till they are placed before the appropriate Court, I will not answer these questions. But the entire purpose of appointing an amicus in the first place was to ensure that if another view is possible, it would be given. It’s the additional safeguard now available.

Are we to believe that even the SC-appointed investigating authority cannot be trusted to do a fair job?

This question is based on the assumption that the SIT has not done a proper job. This is wrong. There is always scope for a different inference being drawn from the same material, and the Supreme Court has ensured that if a different view is possible, it would be made available to the trial court.

If there are differences between SIT report and the amicus’ report, how will they be resolved, for example, if SIT says there's no prosecutable evidence against Mr Modi but you disagree?

Firstly, it's your assumption that the SIT report contains this observation; I cannot confirm or deny it right now. However, assuming that there are two divergent views or conclusions -- where one is saying so-and-so should be prosecuted or there's material to proceed and the other says there's no material and a closure report should be filed -- the concerned trial court has the final word. That court will decide if the matter is fit for closure or not. As investigating agency, if the SIT feels there are no grounds to go further then it's entitled to file a closure report, but eventually the court will decide if this is justified. There's another aspect -- the complainant also has the right to file a protest petition asking for re-consideration of all the material placed before the court. And, in such an event the amicus’ report would be another viewpoint available to that court when it scrutinises the closure report.

So, even if there are divergences in the two reports, your report would be as binding as the SIT report? I ask because SC order uses the word "may", which could be discretionary, instead of "shall" which is mandatory, to consider the amicus’ report.

The amicus’ view given to the SC will be relevant in the trial court as well. The very fact that the SC appointed an amicus curiae in this matter means that it believed the matter required another independent view apart from its own high-level SIT. Viewed in this light, the word "may" is not at all discretionary. Lawyers know that 'may' can be read as 'shall' and vice versa, depending upon the context. Also, the complainants would have the right to ask for the amicus’ report to be placed on record, since it is a document available with the SIT. But neither the SIT report nor the amicus’ report is “binding” as far as the court is concerned. They are both relevant.

The SC made some initial observations which suggested its' dissatisfaction with the SIT. But the Sept 12 order puts faith back in it. This is contradictory, isn't it?

If the SC made some oral observations, it did not mean dissatisfaction with the SIT as an institution; it only highlighted the need to address the concerns which the amicus had raised. The amicus was supposed to look into the material and give an independent view. When the amicus was asked to give an independent assessment, it did not show lack of faith in SIT. The idea was that, given the importance of the matter, if another different view was possible, it should be made available. That was the whole idea of having an amicus. We take second opinions on a number of issues, a second opinion doesn't necessarily mean lack of faith in the first one. I believe the SC was being careful in ensuring that if another view was possible, it should be taken into account.

Conversely, in the final stage now, when the SC says the SIT should place its report before the trial court, that’s again in no way an endorsement of the SIT findings; the court has only ensured that the SIT, having done its job, places its report before the appropriate court, with an additional safeguard that the independent assessment is also placed simultaneously. It would be a mistake to read the SC order as an endorsement of the SIT, or the amicus’ report.

Now the onus is on the trial court in Gujarat. Isn’t this a paradox because the SC had earlier transferred 2002 cases out of Gujarat but appears to have put faith in the trial court there now?

There is no paradox. The fact that cases were transferred out of Gujarat several years back in the light of the situation then prevailing does not mean that the Supreme Court should lose faith in the entire Gujarat judiciary, and that too, forever. If at any stage there is a specific grievance against a particular judge, or there is basis for an apprehension that justice will not be done, the superior courts, including the Supreme Court, will not hesitate to intervene.

An edited version of this interview appeared in print