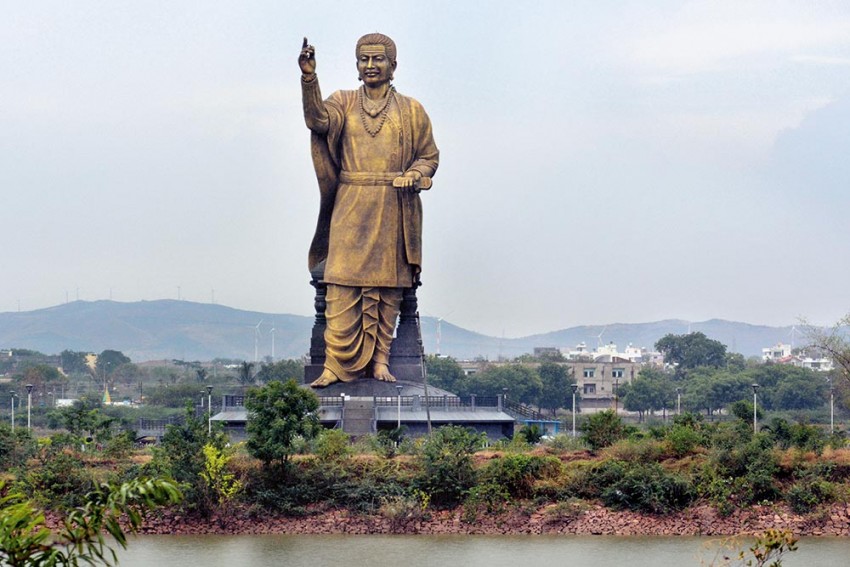 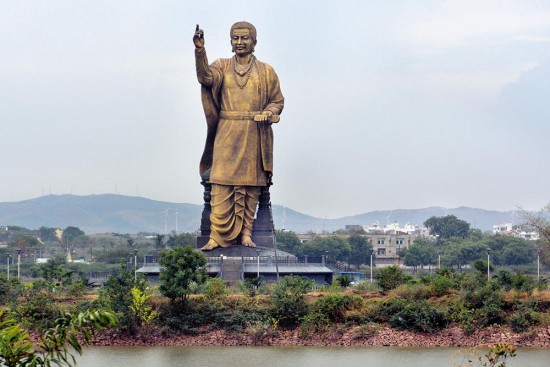 Academic and author Sunil Khilnani’s bestselling 2016 book Incarnations: India in 50 Lives, had short, fascinating profiles of people who made India. One of the chapters, A Voice In The Air, was on the poet and philosopher Basava. An excerpt.

Basava’s early life, as told in legend, is a characteristically Indian story of a spiritual search. Like the Buddha or Mahavira, the hero renounces his high birth, leaves home and wanders, before finding enlightenment. He was born in the early 1100s, in today’s Karnataka. We’re told that his parents, high-caste Brahmins, died young. He was raised by his extended family and trained in the Sanskrit tradition, but something pushed him to question their orthodox beliefs. He left home around the age of sixteen with an emphatic gesture. According to at least one version of the story, he didn’t just cut ties with his family; he literally cut the sacred thread Brahmins wear to represent their ‘twice-born’ status.

At Kudalasangama, one of the great rivers of the south, the Krishna, receives a smaller tributary, the Malaprabha.... Basava spent several years here in spiritual retreat. ‘Lord of the meeting rivers’: the phrase became a regular ref­rain in his verses because it was at this river juncture, or sangam, that he discovered his personal god. But Basava’s spiritualism had a worldly edge. He eventually moved to the city of Kalyana and became, of all things, an acc­ountant. Marrying strategica­lly, he rose to the rank of chief treasurer to the local king. But as with Wallace Stevens, insurance executive, or T. S. Eliot, bank clerk, or Philip Larkin, librarian, the day job belied the fullness of the life.

The flow of the Krishna river has now been altered by the Almatti dam, completed in 2005, which submerged many of the fields around Kudalasangama. But the engineers managed to save Basava’s samadhi, his last resting place—and even give it an added mystery. At the bottom of a deep spiral stairwell, about forty metres below the sangam, is a canopied memorial, where people come to pray and make offerings to Basava.  Today, the memory of Basava and his teachings is maintained by a substantial religious community called the Lingayats. To what might have been Basava’s consternation, they function as a caste group, with their own internal hierarchy.... The name Lingayat comes from the lingam—in this case, a small polished stone or phallic object symbolizing Shiva—which members of the community wear in a pouch around their necks. Though a religious mino­rity, they are a force in Kar­nataka’s electoral politics. Near the end of Basava’s life, his radicalism proved his personal undoing. In challenging the social and political order, he took a step too far and sanctioned an inter-caste marriage. The marriage was to join two children from his community of followers: a boy, born an outcaste, and a girl, born a Brahmin. The orders from his offended king were brutal. Members of the wedding party had their eyes gouged out. Their bodies were trampled by elephants in the streets. Rioting ensued, as Basava’s outraged followers ignored their guru’s pleas not to turn violent. Before long, the king was murdered, the Vira­shaiva community was scattered, and a broken Basava fled the city. His death came shortly after.