Prof C.N.R. Rao, a Bharat Ratna and recipient of over 60 honorary doctorates from across the world talks about the quality of our IITs. 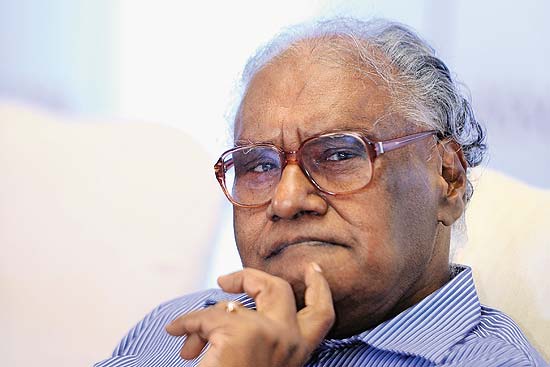 Prof C.N.R. Rao, a Bharat Ratna and recipient of over 60 honorary doctorates from across the world, worked at the department of chemistry at IIT Kanpur during the early and middle parts of his distinguished career. He is now Linus Pauling research professor and honorary president at the Jawaharlal Nehru Centre for Advanced Scientific Research, Bangalore. He took Outlook’s questions on the quality of our IITs:

Are IITs today as good as they were?

Soon after the first IIT was started in Kharagpur, in 1951 or so, I was there as a research scholar. I was one of the first professors at IIT Kanpur when it was started in the early 1960s. The dream of IITs that we had in the early years was that they will become like MIT or CalTech. This has not happened. But the IITs have served the country by producing outstanding graduates. The problem is that there has not  been proper balance between R&D and undergraduate teaching. Undergraduate education has been the main contribution of IITs and the contribution to R&D on average has not been as great. There are some exceptions, and a few IITs have done better than others in R&D.  IITs have to try to become world leaders in science and technology.

Was it a mistake to set up more IITs?

When the eight new IITs were announced a few years ago, it was done in a rush. The plan then was to have three new IITs. Somehow, three became eight and many of them were started without enough planning. Some of them do not have a proper campus and adequate infrastructure. We hope they’ll soon have satisfactory facilities.

What are the challenges before the IITs?

The proportion of postgraduate students in IITs is increasing. When it comes to PhDs and rese­arch, I would say that it is not a question of numbers; it is a question of what type of research we do. The IITs should contribute to the frontiers of science, engineering and technology. In this context, the contribution has been marginal, but some individuals have done well. On average, there is a need for improvement. I am sure that IITs are conscious of this and will improve.

My hope is that the IITs will eventually become like MIT or Caltech. When they become so, they will be in the very top 20-50 institutions of the world. I do not want to be pessimistic. There is a great challenge ahead and the government has to support the IITs better.

Where Has The Da Vinci Spirit Flown?