With 423 stores worldwide and sales of euro 38 billion annually, IKEA has committed about Rs 12,800 crore in India. 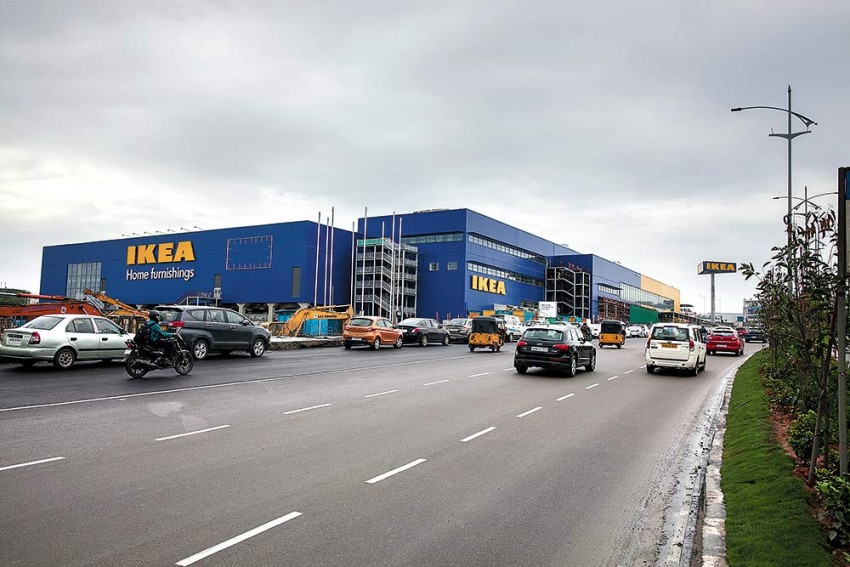 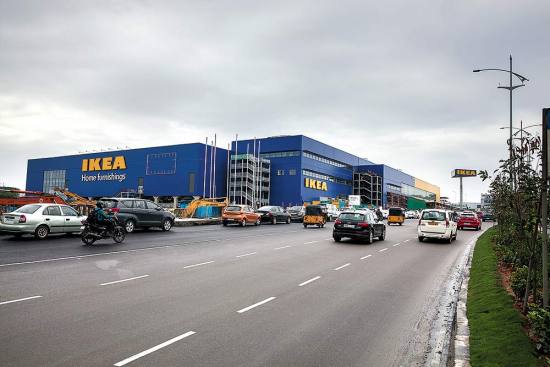 Is there a cinema hall here? It’s a question the staff at the IKEA showroom in Hyderabad hears often, since the Swedish furniture retail giant launched its operations in India this August. It’s entirely plausible to mistake the store for a mall because there’s 400,000 square feet of shopping to get by—not all in a day though, as the folks at the world’s largest furniture retailer will warn you. A sofa set? They’ve got them stacked up floor to rafter. Home layouts—just follow the arrows, room after room. Or a cutlery set? You don’t have to buy the knife that Indian homes rarely use. Yes, there is no cinema. But the show’s on.

A million visitors have turned up so far at the showroom, says IKEA which is in a hurry to get to other cities—its India debut has been  years in the making—with investments of roughly Rs 1,000 crore each on a big store. With 423 stores worldwide and sales of euro 38 billion annually, IKEA has committed about Rs 12,800 crore in India. “We are looking at long-term investments because we strongly believe India is the most exciting market for the future,” says Peter Betzel, CEO of IKEA India. The Mumbai store will open next summer and Bangalore, where construction formally began in mid-October, by 2020. 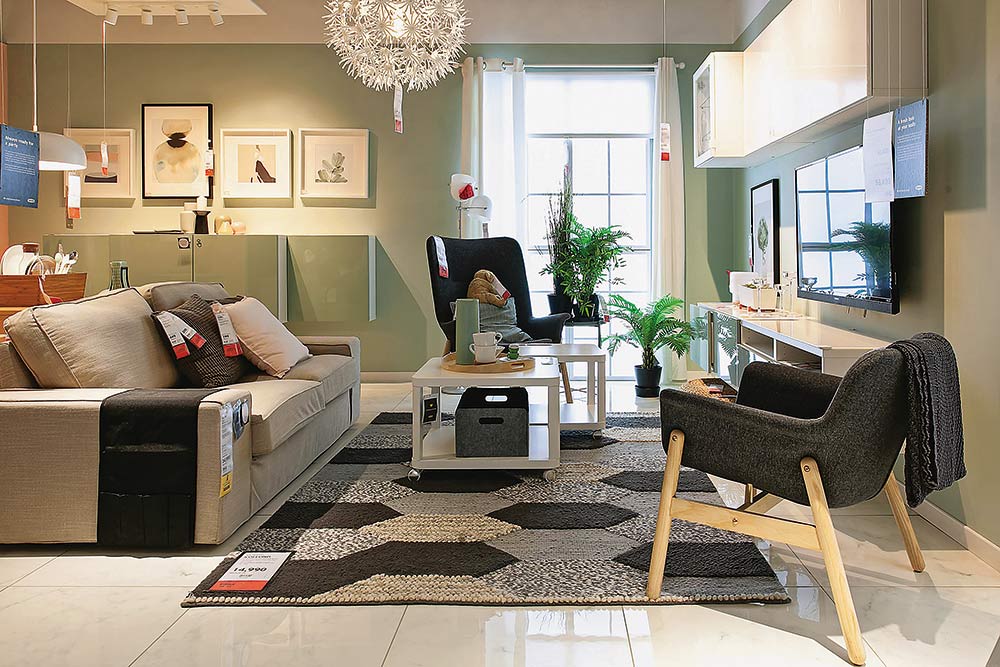 For IKEA, the mantras are Go Big—casting its net for 200 million people in three years—and Go Cubic, that is selling ideas for small space living. Patrik Antoni, deputy country manager, says it’s important for the group “to be a little bit different”. “We want to have thousands of people coming to the store every day, experiencing the furniture.” How will they manage that? The nice thing about India, says Antoni, is that the home furniture market is under-stimulated. “People love their homes but they may not really know what to do with them or how to do it.” There are few, if any, home furnishing shows on TV, for instance, he points out. “So we show all the solutions and ideas and tips; tell people it is possible to buy.” Affordability is the other catchword for IKEA. “We want to make it all-inclusive, not to try to be seen as exclusive for those with money. We should be a company for everyone.”

The Swedish global giant’s entry has put the spunk in the market with a DIY, affordable, wide range

On a recent weekday, Nitin, a techie from Hyderabad, and his wife, were on their third visit to the store. They had spent about eight hours on their previous visits, checking out the furniture section before buying two chairs—but only after comparing prices in the local market. “We are not really specifically looking at any competition in India. We are more into saying that we need to grow the market, we are not here to take your pie,” says Antoni. In South Korea, he explains, the home furnishing market doubled when IKEA came in.

Actually, the competition agrees on that count. A fortnight before IKEA launched in Hyderabad, furniture brand Urban Ladder claims that its online sales in the city reduced. “Exactly a week later, sales went back above the normal levels,” Rajiv Srivatsa, co-founder of Urban Ladder, tells Outlook. “It’s extremely important that brands like IKEA come because now customers will start looking for brands in furniture,” says Srivatsa.  Brands aren’t yet competing against each other in the furniture segment because there’s room for everyone, he says, adding that Urban Ladder competes head-on with IKEA on price in limited categories. “For us a two-seater sofa may start at, say Rs 10,000, and then there may be a two-seater at Rs 20,000 which is super-plush, super-comfortable. That’s the audience we want,” he says. 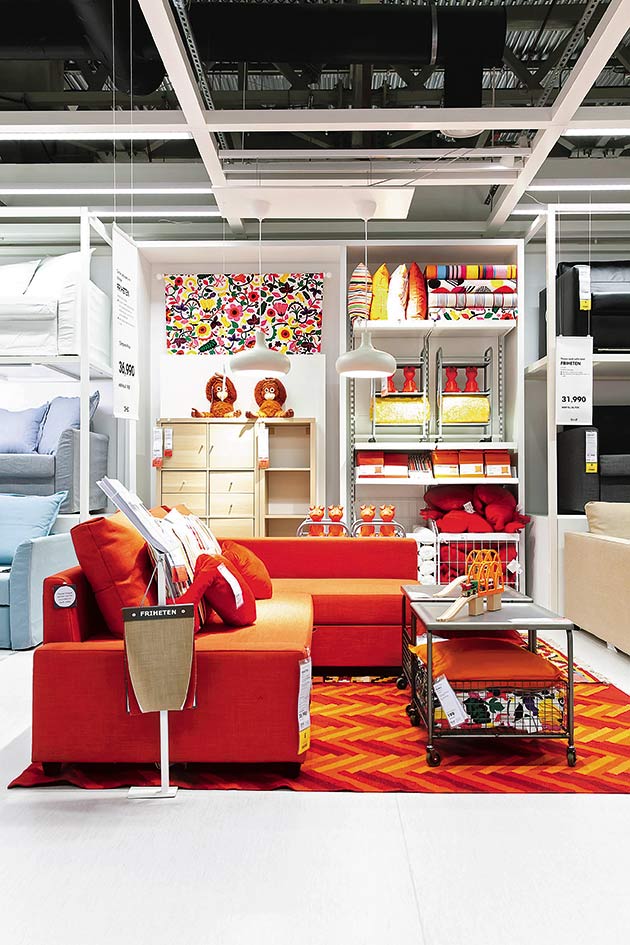 Generally, India’s furniture market is estimated at $20 billion of which perhaps 10 per cent is in organised retail—the rest still rely on local carpenters. There are chains like Home Centre and Home Town with large showrooms. Then, there are niche luxury stores—at least 40 European brands are present in India, reports say. Besides, there are online sellers such as Amazon and Flipkart. By some accounts, the big furniture chains in India currently register about Rs 500 crore in annual sales. Many standalone furniture stores, too, are looking to exp­and to newer cities. Take modular kitchen fitments, for instance. “There are kitchens which sell for Rs 5 lakh and those that go for Rs 15 lakh,” says a Bangalore retailer.

Srivatsa says Urban Ladder, which this year transformed from an online marketplace to a single-brand furniture store, is hoping to reach Rs 1,000 crore in sales in three years and, possibly, go public by then. “In a 15-year period, if 20 per cent of the industry is organised, we are still good because we can become billion-dollar companies that way,” he says. Venture capitals are eyeing a piece of the action in the business, backing new entrants. But, unlike other businesses, furniture retailers have figured out that they need to invest in brick-and-mortar stores to grow and not rely on online sales alone. 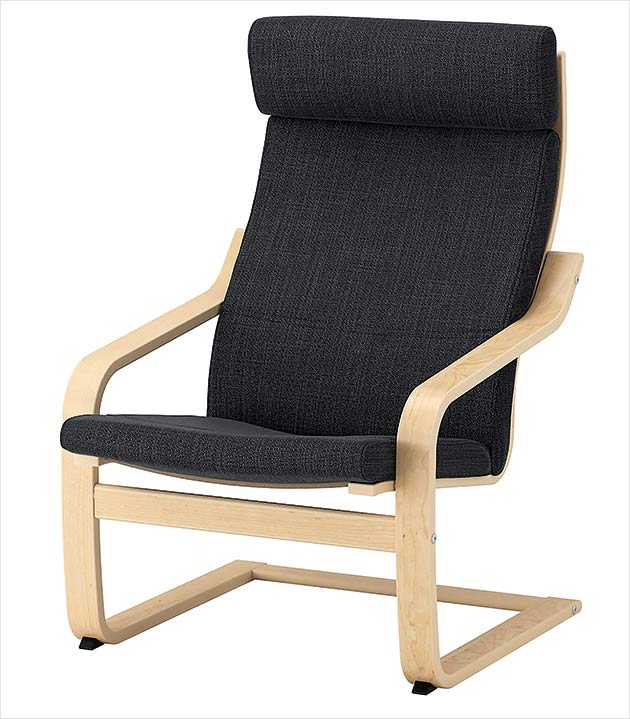 But how often do people buy furniture? “As long as there is a sale, we keep buying clothes and shoes and keep filling up our cupboard. In furniture, once a customer buys something, that person is out of the market for five to 10 years,” says Ajith Karimpana, founder of Furlenco, a Bangalore start-up that rents out furniture. Which is perhaps why IKEA focuses on families with children. “As soon as you have a child, things change...they grow up, you need a bigger chair, a table, there are new needs,” says Antoni. Generally, half of the sales in IKEA stores comes from furniture.

Its Hyderabad store has 7,500 products of which 1,000 items are priced below Rs 200. And, it is counting on its global inventory of nifty, functional designs to woo Indians. “What we are good at is small-space living. Instead of putting things on the floor you put it on the wall, or on the ceiling,” says Antoni. Indeed, its showroom displays reflect that functionality. “We have done a lot of research, so we know the size of rooms in India and the architectural elements of the big cities,” he says. There are challenges too. IKEA is known globally for its do-it-yourself assembly approach but the Indian homemaker isn’t familiar with that. Along with the large one-stop-shops, IKEA also plans to open up smaller store-formats in some cities.

Retailers are watchful of local preferences, particularly fabric, with colours and patterns, or even cutlery sets (a small spoon replaces the knife in India). Many IKEA products—in the cooking range—have been adapted for the local market, like idli and roti makers. So has the competition. “There’s always that element of Indianness that we want, but we want clean lines too. All the gaudy stuff is out,” says Urban Ladder’s Srivatsa. A couple of years ago, its decor designs were largely geometric shapes and patterns. “But the market wanted flowers and embroidery.”

By Ajay Sukumaran in Hyderabad

Putting An Abrupt Stop To Crop Burning Is An Impossible Aspiration