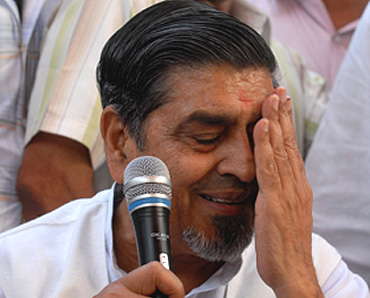 The episode had posed an awkward problem for the ruling party. As a senior minister put it, "It embarrassed all of us and revived memories of the darkest chapter after Mrs Gandhi’s assassination, when Congress leaders and workers indulged in the kind of violence we keep accusing the BJP of." For every Maya Kodnani—the minister in the Narendra Modi government in Gujarat who recently had to quit because of the 2002 anti-Muslim riots charges against her—there has been in the Congress a Jagdish Tytler and Sajjan Kumar (another accused in the 1984 riots who has been given the ticket from South Delhi). Now, the Congress will certainly try to take a moral position on having made Tytler and Sajjan Kumar withdraw. The party will now raise the issue of the BJP fielding candidates like Manoj Pradhan, the man involved in the Kandhamal communal violence.

There had been hard calculation at work. Once the shoe was thrown, there was the immediate question of the electoral impact in Punjab. Jarnail Singh’s much-televised act, giving vent to the pent-up frustration of Sikhs at not getting justice for the 3,000-odd victims of the 1984 riots, catalysed the scene. But 25 years is a long time in the consciousness of a people. When the Congress gave out tickets to Tytler and Sajjan last month, it had presumed that the majority of Sikhs had by now become indifferent to the issue.