Bold, brash and going where no MNC has gone before... Indian companies make their presence felt globally 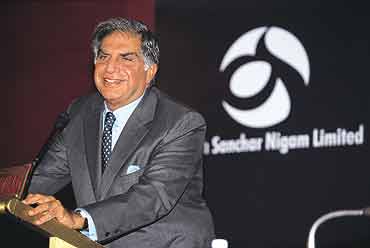 outlookindia.com
-0001-11-30T00:00:00+0553
Laxmi Niwas Mittal, the global steel magnate who holds an Indian passport but whose group’s headquarters are in Europe, best epitomises the changing image of Indian entrepreneurs. The new breed is confident it can successfully compete with the best in the world. It is aggressive, innovative, ambitious, flexible and unafraid of entering new markets. Some have even built brands that are recognised globally. Does this mean this century will witness the making of dozens of Indian MNCs that rub shoulders with the Pepsis, IBMs and Microsofts of this world? 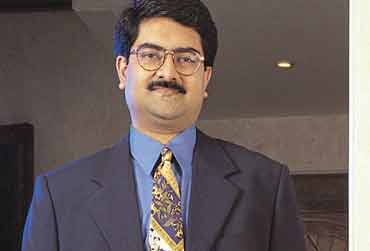 Says an economist with a leading business group: "The IT sector has proved beyond doubt that Indian firms can take on the world. The next decade will see many more developing into proper MNCs." Adds Venugopal Dhoot, chairman of Videocon Industries, which calls itself a $2.5-billion Indian MNC with interests in consumer electronics, appliances and petroleum, "Just going to another country does not make you an MNC. You have to make a sizeable contribution to the world market to be reckoned as a major force. You should also have a deep pocket to make investments which international markets require."

A major ingredient thus to qualify as an MNC is size, both in terms of production capacity and cash coffers. Given these, Moser Baer is the world’s largest optical media and CD manufacturer, Videocon the world’s largest maker of glass shells for TV, Bharat Forge the second-largest forgings maker, Ranbaxy the ninth-largest generics company and Asian Paints among the 10 largest decorative paint-makers. Add to that the fact that Mukesh Ambani and Ratan Tata have the resources to set up the world’s largest refinery and make the cheapest car respectively.

To increase their operational expanse, over the past two years, Indian firms have either opened overseas subsidiaries, set up plants abroad or taken the M&A route. Dhoot’s acquistion of Thomson’s facilities in China, Poland, Mexico and Italy made him the world’s largest manufacturer of glass shells for TV picture tubes. CII says Indians acquired 60 foreign firms in 2004 and 100 in 2005. Outbound investments from the country have already touched $10 billion, double the FDI we’ve received! The presence of Indian business is global—from the US and Africa to Europe and the CIS countries, even China. The best thing is that it is not restricted to IT or BPO, but cuts across manufacturing sectors from auto and pharma to metals and minerals. 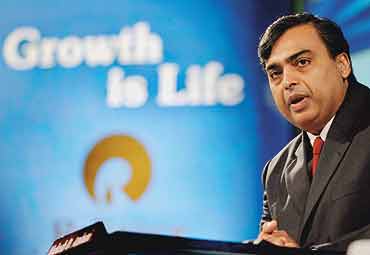 Mukesh Ambani, Reliance Industries: Plans to build the largest refinery in the world and has accessed knowledge and technology from multiple sources.

A change in the internal and external environment has dictated this new mindset. India has liberalised and allowed firms to invest abroad. And with the WTO forcing out protectionist barriers, the Indian market is no longer a protected playground for companies who survived under quarantined environs for decades. Indian firms therefore have no choice but to become global players. Explains N.K. Mishra, chief strategist for Tata Steel: "Increasingly, companies are realising that if they have to achieve scales, they need to look beyond the domestic market. Geographical barriers are passe. The entire world is the market today. If Indian companies do not act now, they won’t just be left behind, they’ll go out of business."

Take Tata Steel, arguably India’s oldest and best-known company, which was forced to shed its conservative image and undertake what it calls a "de-integrated production strategy". This meant it had to set up production facilities near the source of its raw materials and do the finishing near the markets. To do so, it took over Nat Steel Asia in Singapore, a company with manufacturing presence in six countries—Singapore, Malaysia, Thailand, Vietnam, China and Australia—and Millennium Steel in Thailand, and also signed a memorandum of understanding with Iran to set up a plant there.

Innovation, flexibility, and the ability to consistently spot new opportunities and change existing business models are other traits that define an MNC. Moser Baer, with a global share of over 20 per cent in optical media and CDs, has rejigged its model several times to keep pace with the fast-changing technologies and stay ahead. In doing that, it has constantly looked outwards. Says its chairman Deepak Puri, "You have to think big to be able to achieve big. Everyone bases their calculations on the home turf. We conquered the world first and then looked homewards." 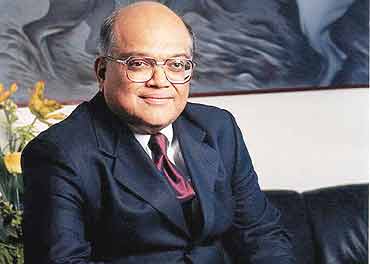 Ashwin Dani, Asian Paints: Tapped smaller markets in developing countries with 6% growth rather than markets in US or Europe.

Another interesting case is of Asian Paints which decided to tap markets in smaller developing countries rather than larger developed markets in the US or Europe. Today no one can dispute the company’s MNC status with a turnover of around $585 million and 29 manufacturing facilities in 22 countries, servicing consumers in over 65 countries. Says company MD Ashwin Dani, "The developed markets are growing at just 1-2 per cent per year, while developing ones are seeing a high growth of 5-6 per cent. That is where the opportunity lies. All you need to do is to adapt your product to suit the needs of these markets." In a sense, it reminds one of McDonald’s, which has redefined hamburgers to suit the Indian palate.

But it’s the pharma companies like Ranbaxy Labs, Dr Reddy’s Labs and Cipla that have proved that Indian firms have the skill and intellect to do mid-course strategic corrections a la an MNC. After India was forced to opt for a product patent regime rather than a process-oriented one, pharma firms had to adopt new strategies. They could either become generics players (like Ranbaxy), use R&D expertise to discover new molecules (Dr Reddy’s, the only Indian company to have ever out-licensed three molecules to other MNCs) or use low-cost structure to make cheaper drugs (Cipla, which is trying to sell its AIDS drug 98 per cent cheaper than MNC brands).

Ranbaxy, with $1.17-billion global sales, of which 76 per cent happened abroad, became a generics major via critical M&As. Its appetite for growth continues. Says Malvinder Singh, CEO and MD: "The global pharma arena is poised for consolidation. This is a big opportunity that could change the pecking order while determining who’ll dominate the generics business in the next decade." Given this ambition, Ranbaxy aims to become a $5-billion company by 2012.

Ask the management experts, and they will tell you that possessing even these characteristics is not enough. The new crop of MNCs needs to be able to scout for knowledge and technology globally and then use it to build world-class, innovative and cheaper products (see Subroto Bagchi). That’s where the two Ambani brothers (who have now split), Ratan Tata and Kumara Mangalam Birla are way ahead of the others. The two Reliance groups have accessed knowledge from several sources to build global-sized and world-class plants. Tata has done the same in a bid to build his dream car, which is likely to cost around Rs 1 lakh. In fact, he has used lessons that have been learnt from global experiments on lighter and cheaper components, engine designs and outsourcing strategies to cut costs. 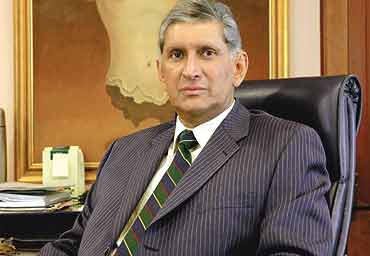 Deepak Puri, Moser Baer: With a global share of 20% in optical media and CDs, has rejigged its model several times to stay ahead of the pack.

However, some say that the brave new world of Indian MNCs is still at the exploration stage. Though the concept and definition of MNCs have changed radically over the past half century, acquiring a few overseas companies or becoming a big exporter is but the first tentative step to MNC nomenclature. Says columnist Gurcharan Das, "The real story is not going abroad. It is how capable Indian companies are to take on the world market. The real sense of becoming an MNC is to build a globally recognised brand. Very few Indian companies have reached there yet."

So, can the government and industry energise this trend? CRISIL suggests there should be a body to address the concerns of these companies and provide them a business scenario and facilities to equip them in their forays abroad since the policy framework is, by and large, in place. The recent move towards abolishing the remaining capital controls should be encouraging news. But beyond that, industry wants the government to just let it be. Quips Das: "Anything the government does is the kiss of death. It should allow businesses to grow by distancing itself and removing barriers to such growth." The industry, he feels, should have the confidence to face global competition. The Indian corporate sector, he says, has come out of its shell only 14 years ago. "Give us another 10 years," he predicts, "and we can show the world what we can do."