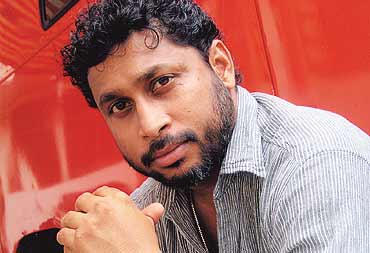 outlookindia.com
-0001-11-30T00:00:00+0553
It's normal practice for filmmakers to wax eloquent about their films. But Shoojit Sircar isn't too keen to speak on his latest project—three promotional ad films for the Samajwadi Party featuring Amitabh Bachchan. The films have currently booked airtime on prime-time TV, and are also on show at cinemas in the run-up to the UP assembly polls next month. Given the political content, Sircar is eager to clarify that he made them as a professional and personally does not endorse any political party's view.

The young filmmaker (his only film Yahaan, was low-key but well-received) says he took up the job only because Amitabh called him up. "Mr Bachchan had his own creative team and wrote the script himself. The entire creative work was done by Mr Bachchan himself. There was very little for me to do, except direct, which is what I did," Sircar told Outlook. According to him, the Union home ministry report on crime rates in UP being much lower than in other states provided a ready peg to build the campaign on. "After that, it was Mr Bachchan's idea through and through," says Sircar.

The three films were shot in several locations in Allahabad and Mumbai. Sircar says the whole campaign was conceived on a shoe-string budget. "I think the entire campaign must have cost less than Rs 15 lakh," he says. Which means, naturally, that Bachchan offered his services free of cost.