One does not need any skill to serve the destitute, only a ­desire for service 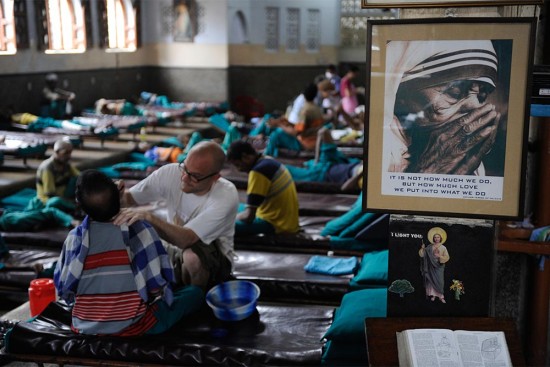 It was November 1992. I was working with Tata Steel at that point—I had appeared for the civil services exam the previous year and had been selected for the Indian Revenue Service. In order to improve my rank, I took the exam once again and so, that November, I had just finished my mains. I already had IRS as an option, but my real keenness lay elsewhere. I wanted to do social work. So I went to the Tata Steel management and requested them to transfer me to their social welfare department—the wing that does all its CSR work. They refused, saying they had hired me as an engineer and wanted me to do engineering.

I resigned from Tata Steel and, following my natural desire, went to meet the Mother in Kolkata. It was morning and there was a long queue of people who wanted to meet her. She was meeting everyone for a few seconds. When my turn came, she held my hand and asked me, “What do you want?” I said, “Mother, I want to work with you.” She asked me to go to the Kalighat Ashram—which was one of the important centres of the Missionaries of Charity—and work there. I did as she told me.