Most Foul And A Father Too 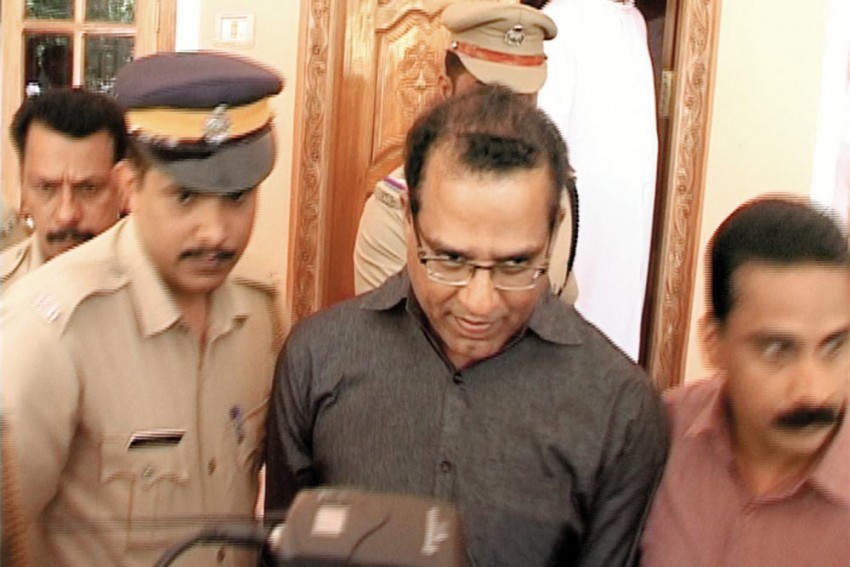 Bifocals
Fr Robin Vadakkumchery, arrested, at his parsonage in Kottiyoor
Courtesy: Madhyamam
Minu Ittyipe March 03, 2017 00:00 IST Most Foul And A Father Too 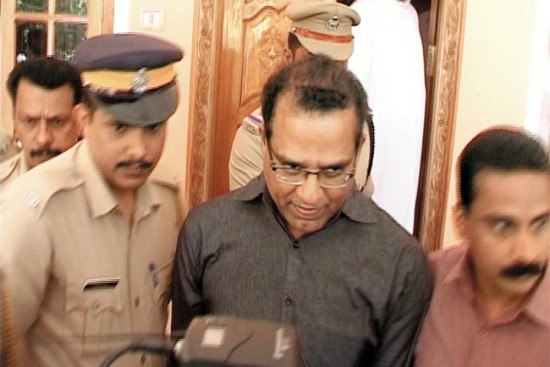 The Church did provide him with the customary accommodation for work and rest, but the vicar went on to use the parsonage for deeds inhuman. Fr Robin Vadakkumchery alle­gedly raped a minor girl under his parish in north Kerala and further exploited the victim’s poverty by reportedly forcing her father to own up the pregnancy. The 48-year-old priest was arrested three weeks after he fathered a child, leading to his suspension from performing the holy sacraments, including mass. But then, this isn’t the first time the cle­rgy sensed the dark acts of the man in white robes.

First, on how Vadakkumchery is said to have brushed the serial cruelty under the carpet. He is claimed to have paid the dirt-poor family in a rugged belt of Kannur district Rs 10 lakh to conceal the real criminal, having persuaded the expe­ctant teenager to tell the police that the rapist was her parent. Not knowing the gravity of the situation, the father of the 16-year-old said he was the one who committed the crime and that the family was not interested in pursuing the case. Only when the police moved to arrest him did the girl spill the beans and reveal the identity: Vadakk­umchery, who, ironically, used to speak against child abuse.

Earlier in February, the cops were alerted by a rights NGO, Childline India Foundation, after the minor gave birth to a boy in Christuraj hospital off hilly Koothuparamba. Twenty days since the delivery came the arrest of Vadakkum­chery, who was the vicar of the St Sebastian’s church in Neendunoki off Kottiyoor along the Western Ghats bordering Karnataka. While the newborn was shifted to an orphanage in Vythiri (the entrance to neighbouring Wayanad district), the accused priest is said to have attempted to flee India. He reportedly sought to fly to Canada when the police nabbed him on February 28 at Thrissur district’s Puthukad, 35 km north of the international airport at Kochi.

Wind back to Vadakkumchery’s early days as a priest with the Syro Malabar diocese of the Catholic Church in the southern coastal state. Claims are now out that he, as the parish priest in the highlands of his native Wayanad district, collected large sums of money from the farmers as head of the Indian Farmers Movement that claimed to strive for farmers’ welfare. The publicised idea was to start an instant coffee company in Mananthavady. Nothing materialised and Vadakkum­chery disappeared to Delhi, where he was assigned the charge of a small church. 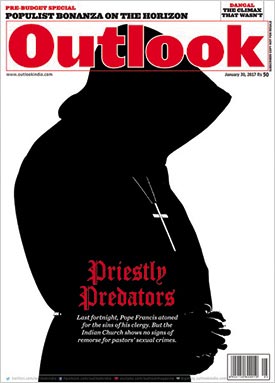 He is believed to have attended a course in journalism and bettered his already brilliant communication skills. The priest then cultivated contacts both within the Church hierarchy and outside. Mar Mathew Arackal, a former bishop of Kanjirappally in south-central Kerala, was impressed with the conduct of Vadakkumchery—and invited him to join two media houses run by the Church: Jeevan TV in Kochi and Deepika newspaper.

Kottayam-based Deepika is Kerala’s oldest newspaper; it was started in 1887 by the likes of Nidheerikkal Mani Kathanar and Chavara Kuriakose Elias, now canonised. The publication has been the pride of the church, with episodes of its spearheading several social and poli­tical movements. Chief among them is the 1958-59 Vimochana Samaram (liberation struggle) that brought down Kerala’s (and the world’s) first elected communist government. Says Advocate A. Jayasankar, a former legal adv­isor to Deepika: “The paper, managed by the CMI missionaries, was running on a huge loss and that’s when it was made a private limited company, Rashtra Deepika (in 1989). The new entity welcomed business people on board to imp­rove the paper. Non-Catholics, too, bought shares, but the company was still in a bad shape,” he recalls.

Then, in 2004, Bishop Arackal brought in a businessman on board as vice-chairman. Pharis Aboobacker, thus, became the establishment’s first non-Catholic and non-Christian to be on the editorial board. Aboobacker initially loaned the company Rs 2 crore, and then extended his largesse to Rs 10 crore—before taking over as the company’s chairman, points out Jayasankar.

It is reported that Aboobacker never had to attend the office meetings beca­use Vadakkumchery was following his orders to the letter. The new management won in changing the character of the paper considerably. Deepika, which had always been against communism, became a tool for the Pinarayi Vijayan faction of the ruling CPI(M) to criticise the rival camp headed by V.S. Achuthanandan, who was then the Kerala chief minister. “Soon, there app­eared page-one editorials, which is a rare thing among Malayalam newspapers,” notes Jayasankar. “Two or three editorials targeting Achuthanandan would appear every week, and the pap­er’s circulation plummeted. Even the priests stopped reading the paper.”

K.M. Shahjahan, a former Achutha­nandan aide, says that the Left veteran had written to Vijayan, then the party state chief, that the CM and his family were being targeted on a daily basis. Many of the articles were believed to have emanated from the CPI(M) party office itself, and there was talk of a thick friendship between Aboo­backer, Ara­ckal and politicians. Strangely, the laity as well as the clergy remained largely clueless about how this Chennai-based businessman with dubious antecedents was allowed to take control of the mouthpiece of the Catholic Church in highly literate Kerala.

In June 2006, news broke that a Singapore-based health organisation was suing Aboobacker for what amounted to Rs 35 crore. It said a former CEO of non-profit National Kidney Foundation was awarding money to the firm led by his ‘close friend’ Aboobacker for projects that were never delivered. After this, the Church wanted its daily back from the clutches of this man with a dubious rec­ord. The whole situation embarrassed the clergy, but they were helpless. Curiously, Vadakkumchery stood as a mediator between the Church and Aboobacker for the buyback deal. The Church could not gather the requisite funds and had to part with its land and an eight-storey building in downtown Kochi to take control of the daily.

In 2010, the Church regained control of the paper and Vadakkumchery was reli­eved of his duties as the managing director. He was sent to Mananthavady as a parish priest, where he is said to have continued to fleece the laity. In 2014, he became the parish priest of the church in Kannur’s Neendunoki—also doubling as the manager of IJM school, where the rape victim was a student. Most people in this interior area are extremely poor—and Vada­kkumchery is said to be rega­rded highly by the laity in spite of his past record, as he had helped many young girls get employment abroad. That, rep­orts say, was one reason why the rape victim’s family refused to reveal his name initially, the other being fear of isolation from the Church.

The air is now thick with speculation that Vadakkumchery took a cut of over Rs 2 crore for the resale of Deepika, and several news websites say he used a part of that money to try and hush up his all­eged crime in Kannur. “How else,” asks a portal, “can a priest who makes less than Rs 10,000 per month, just sufficient for his basic needs, pay Rs 10 lakh to the father of the victim?”

Success Has A Maha Face