As the world gets financially complex, it's time to understand just what's going on—and profit from it. 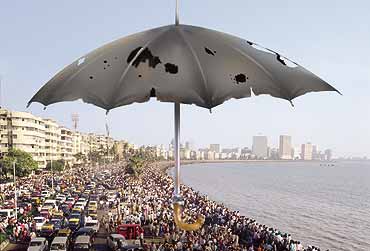 Om Prakash Aggarwal is a desperate man. At 66, the former engineer with a paints company has no sources of income apart from the investments he’s accumulated in the 31 years of his working life. When he retired at 60, he had his own home, his children were settled and all he had to look forward to was the happiness of grandfatherhood, to be financed by the Rs 17-lakh savings he had amassed. But the past six years have seen his quiet confidence give way to anxiety. Between 1999 and today, interest rates on his investments in post office small savings schemes and public sector bank fixed deposits have fallen by 4 percentage points, from 12 per cent to 8 per cent—apart from the expected 1 percentage point fall post-Budget 2003. "What am I to do?" he asks, as he sees his monthly income crash by two-thirds to Rs 9,900, even as inflation raises the cost of living.

To Aggarwal, his small savings are a lifeline to comfort. But standing stern on the other side of the same instruments is an equally desperate, equally helpless government. Propelled by the fear of reneging on interest and principal repayments and imploding into financial dire straits, the government has been slowly but certainly easing itself out of this tight situation by transferring the uncertainty of future returns—risk, if you please—from itself on to us, the citizens. Gone, therefore, are the high returns riding zero risk. Gone, equally, are the assurances that accompanied them. Gone, finally, will be all directives on our personal finances. Coming in their place is a new risk order, currently being authored by North Block, the hub of India’s financial policy-making, that says: "We, the government, can no longer take the risk of assuring you a wealthy financial future."

For four decades and some, post-independence, the government had taken upon itself the most critical function of our personal finances: where we should invest our money. The bureaucrats decided that the savings of the people were needed to build the temples of modern India. So, on the one side by not allowing markets to develop and on the other through a complex web of tax breaks that have helped the accountants more than anyone else, the government effectively decided where and how much we invested. The Rs 1,000 we lent to the government was converted into roads and infrastructure and dams and what have you. It was a win-win for both: in the autarchy that India was, the government got the only easy funding possible; in return, we got a surety that not only will our capital be safe, we’ll get the interest payments too.

All that has been changing since 1991, when India liberalised. The government is no longer able or willing to take the risk or the responsibility of our financial well-being. At best, it is creating systems and institutions that will allow us to generate wealth for ourselves, through our investments in stocks, mutual funds, bonds, insurance, pensions—all to be managed by private companies. A brief history of financial regulators is revealing. The stocks and mutual funds regulator, SEBI, was established in 1992. The insurance industry watchdog, the IRDA, was founded in 1999. The Pensions Authority is awaiting clearance and could be on its way this year. To top all that is a budding super-regulator which will oversee all financial regulators, including the regulatory aspects of the RBI.

Aggarwal’s problem is the death of assured returns schemes from lic and the perceived safety of government institutions like the uti. But there isn’t much to be gained by complaining about an eventuality. Aggarwal’s solutions lie in first, him being able to understand what’s going on, second, by figuring out what the new risk-bearing instruments are all about and third, by translating that financial literacy into an actionable financial plan so as to maximise the returns from his investments. The next step is for him to religiously pass on this information to Arun, his son, so that he and his family can plan their lives better and create wealth. While Aggarwal will possibly leave a legacy of low, assured-return savings behind him, his son has no such options—he has to make the shift.

The problem with Arun is that he considers wealth the same as income. A telecom professional, Arun takes home a good seven-digit salary. Unfortunately, and like most of his high-achieving generation, Arun spends most of it. Unless he saves—diligently and ruthlessly—he will continue to head a household that earns good money and has a good life; he won’t create wealth. He will have an enviable lifestyle, sure. But will he be able to sustain that lifestyle once income ends? In The Millionaire Next Door, a ground-breaking book I recommend to every young household, authors Thomas J. Stanley and William D. Danko reveal it all: "How do you become wealthy? It is seldom luck or inheritance or advanced degrees or even intelligence that enables people to amass fortunes. Wealth is more often the result of a lifestyle of hard work, perseverance, planning and most of all, self-discipline."

Like many of you, I began my financial life in a liberalised India. I have, since then, jumped into and out of stocks, ignored and then considered insurance, laughed at and then bought mutual funds, neglected and then fretted about taxes, condemned and then embraced small savings, bonds, pension products. Having run through the complete array of financial products, there is one thing I can say with absolute conviction: there is no single financial product that suits all the people all the time or some people all the time or all people some of the time. But there are some timeless—but boring and predictable and absolutely unsexy—rules of managing your money and converting that money into wealth, rules that would put you to sleep but also direct you towards wealth:

Spend less than you earn. A recent article in Vanity Fair talks about Michael Jackson going bankrupt. Scale apart, our lives could be no different if we showed the same contempt or carelessness towards our money as Jackson has—indulgence.

Understand how much you can lose. If your total savings added up to Rs 10 lakh and you were given a chance to invest that in an instrument that could either double or lose half its value in five years, would you be willing to invest? Yes? Go for stocks. No? Never buy stocks. Either way, make sure you insure yourself.

Diversify across assets. According to experts, your total returns are more a function of asset allocation than precise investments. So, even if you are an aggressive investor, it won’t hurt to put some of your savings in PPF for safety—and vice versa.

Get an education. With financial magazines, books, TV channels and websites trying to draw your attention towards them, financial consciousness is at a new high. But choose with care.

Start today—and follow up regularly. In the following pages, we attempt to deliver financial insights into taxation, insurance, housing, loans, small savings, mutual funds, stocks, pensions and financial planning. We hope these insights translate into real wealth for all of you—you too, Mr Aggarwal.

Call It A Frame-Up