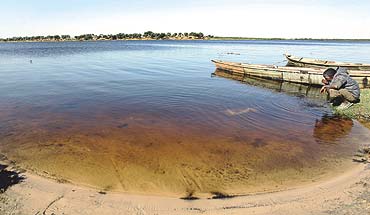 The recent talks of the G-8 nations on climate change, with India and China as observers, were inconclusive. Although Europe was willing to make commitments to reduce global greenhouse gas emissions, the US didn't wish to accept quantitative, time-bound cuts. India refused to give any obligations since it felt the developed nations are the biggest polluters and, hence should take the lead. German chancellor Angela Merkel admitted the deal was a compromise that fell short of her hopes.

But even as nations squabble over ways to tackle the menacing problem, Global Inc is showing the way to an emissions-free world. In recent times, Indian firms too have joined the race to acquire technologies, adopt processes, or work with new materials to achieve the same objective. It's a different matter that apart from stringent laws, private investments in sound environment practices help in boosting both the toplines and the bottomlines. The age-old profit motive is at work in this case too.

"Both legal requirements and economic gains are driving the shift," says Seema Arora, head, CII-ITC Centre of Excellence for Sustainable Development, an industry-led initiative. Adds Prodipto Ghosh, former environment secretary, "There is significant improvement in technology deployment by the industry to meet global norms, much improving their environmental performance." 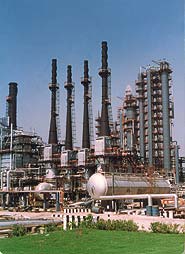 As India joins the global village, MNCs stride into the India, and Indian firms strive to become MNCs, intense competition has forced India Inc to be lean-'n-mean. Thus, it has become imperative for the domestic firms to look at any, and every, means to cut costs, reduce wastages, improve operational efficiencies, and find ways to reduce raw materials usage. Environment-friendly measures help achieve all four objectives. In other words, they improve margins.

Better energy efficiency is among the top priorities in most sectors, especially in energy-intensive ones like steel, cement, paper and fertiliser, where the electricity bill is 20-40 per cent of production costs. The Bureau of Energy Efficiency (BEE), which falls under the Union power ministry, says corporate India's savings in this area run into crores of rupees every year. "Energy efficiency is a pure economic decision," says Ajay Mathur, director general, BEE.

Using new technologies, the state-owned Rashtriya Chemicals & Fertilisers has reduced its power consumption by 60 per cent in the past decade. With energy comprising 80 per cent of costs, Indian Farmers Fertiliser Cooperative (IFFCO) reduced consumption by 6-14 per cent, with a Rs 8.3-crore upgradation of its Phulpur urea and ammonia plant helping the company save Rs 1.2 crore every year. By reducing wastages, Jindal Stainless Ltd (JSL) saved nearly Rs 4 crore in 2005.

Similarly, Chemfab Alkalis invested Rs 36.75 lakh to upgrade and replace inefficient pumps and compressors, and initiated other steps, which led to savings of Rs 82.75 lakh in the last three years. Jubilant Organosys' energy expenses, as a percentage of total costs, came down from 34.5 per cent in 1997-98 to 21.9 per cent last year.

To minimise other wastages, cement kilns have shifted from wet to dry process, the automobile industry is recycling waste water and re-using the sedimented heavy metals used in electroplating, while textiles firms are adopting cost-effective technologies. Pulp and paper majors like ITC and Ballarpur Industries have cut water usage by half.

"Investments in upgradation, modernisation, and new refineries capable of handling all kinds of crudes is driven by the desire to earn more profits," says a senior petroleum ministry official. Leading PSUs like Indian Oil, Bharat Petroleum and Hindustan Petroleum are together expected to invest Rs 8,000 crore this year in upgrading existing refineries and setting up new ones. These will help India, keen to become a petroleum hub, to keep pace with global norms of cleaner-quality fuels. 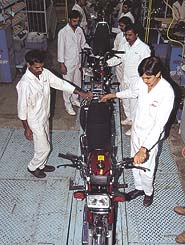 However, in many cases, firms are forced to become environment-friendly even if it adds to the costs. This is true of the automobile sector. Appetite for newer markets, global and domestic regulations, and the desire to become a global manufacturing hub has impelled auto majors to reduce pollution. Hero Honda has already switched over to asbestos-free brakes in its motorcycles.

"In most cases, the availability of technology is not an issue. It is a matter of price," explains K.K. Chakravarti, energy economist, BEE. Adds Rajeev Ratna Shah, member, Planning Commission, "The trend of global acquisitions being pursued by Indian firms helps them get cutting edge technologies." Arora thinks "large companies cannot afford to be non-compliant with global norms."

Given this focus, several institutions like Shriram Institute for Industrial Research (SIIR) and The Energy and Resources Institute (TERI) have started offering sector-specific solutions. "We come into the picture only when third party assurance, inspection, or BIS standardisation are required," reveals a senior SIIR official.