Both Pranab and the Congress tread gingerly on Mamata’s path 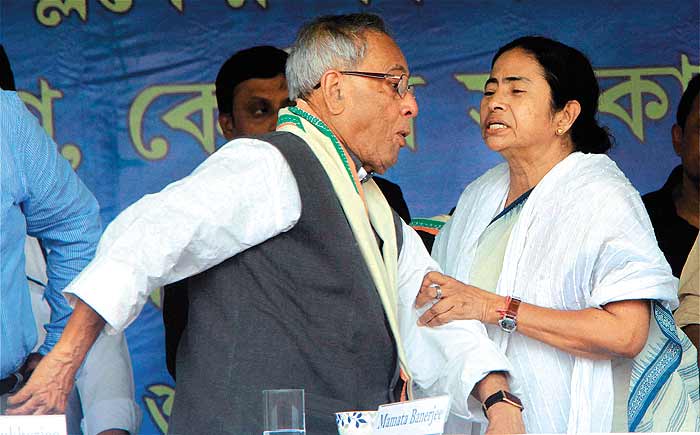 When Pranab Mukherjee visits his home state after filing his nomination for the presidential election, will he be calling on Mamata Banerjee? And will he do so at her home or at Writers Building? Even more importantly, will the gesture be sufficient to placate her and regain her support?

The UPA has been working overtime to placate her, publicly snubbing Digvijay Singh for his harsh comments on her. Congress spokesmen have stressed that the TMC remains a valued ally. But Didi remains as miffed as ever. If Pranab could call Prakash Karat in Kerala, and Mehbooba Mufti in Kashmir, why couldn’t he pick up the telephone and call Mamata, complain her confidants. But, they agree, the much anticipated meeting in Calcutta between the two will go a long way to melt the ice.