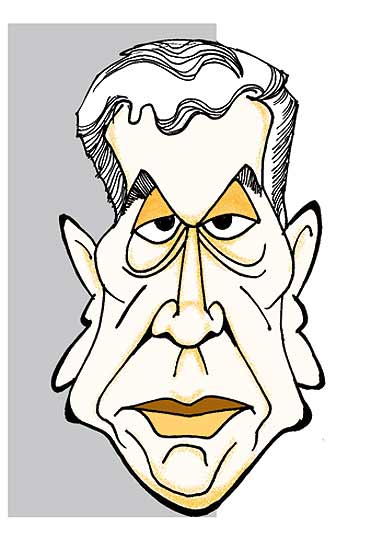 What shall I put down in my secret diary? If I can drown my sorrow in song, it would be “Yeh kya hua, kaise hua, kab hua, kyon hua...” or better “Ek dil ke tukde hazar hue, koi yahan gira, koi wahan gira....” How much can this heart bear? Out of the BCCI selection committee after just one year when I was supposed to be in it for three years? The jinx on the Amarnath name continues. Why me? As a player, despite doing well, the same damn thing used to happen. In for one Test, out for the next three. Then I would come back and be hailed as the Comeback Man! But I never thought this would continue in my career as national selector also.

Yet it happened. As a player, I called the selectors a bunch of jokers but who shall I blame now? Isn’t the BCCI a bunch of double jokers and why on earth am I a victim once more? Am I being blamed for the England and Australia Test disasters now? A BCCI source told me that some of the big brass did not like my commentary style and expert comments. They felt I looked too “sleepy”. That’s bullshit. It’s not my fault that I looked ‘sleepy’ all the time, even while taking guard at the crease or bending down to field the ball during my playing days. At least I did not jump about or indulge in jack-in-the-box activities, sniff all the time, look at the sun or talk to myself as Srikkanth did. And anyway, who was the Man of the Match twice running in the semi-final and final of the 1983 World Cup?

Of course, in this BCCI set-up, I could never hope to be chairman of selectors. I did not yack-yack-yack all the time on subjects I know nothing about, there were no conflicts of interest like doing commentary, being associated with an IPL team or promoting a son at the national level. Without all these qualifications, how could they continue with me in the selection committee?

Well, Sandeep Patil is the BCCI choice for chairman and they know what they are doing here. He used to be a glamour boy and even played hero in a film, Kabhi Ajnabi Thhe. Sandeep was always on a higher level, you knew how much he disdained fielding, to the extent of not bothering to bend to pick up the ball up or even chasing it. But I agree he could really hammer the bowling in a manner I could never do, though this happened only once every 100 innings.

Coming to Roger Binny, he always did well as a player and will be an asset. As for the others, I’m sure Sandeep will inspire them to rise to great histrionic heights and deliver one box-office hit after another. As for me, let me brush up on some ‘shayari’ which I can drone out from the experts corner. Curing insomnia is more important than selecting a national team which never wins anything.