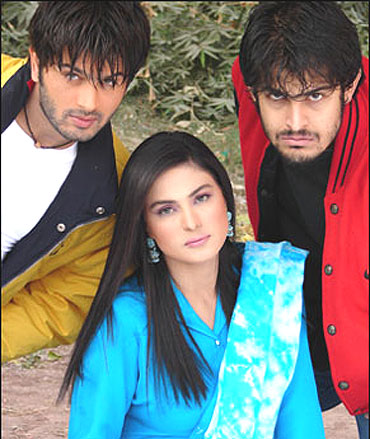 As multiplex owners and producers refuse to sign on the dotted line, it’s time for a mediocre Pakistani film to fill our forlorn screens. Mohabbatan Sachiyaan is in Punjabi and the faces on screen will obviously be unfamiliar to Indian audiences but the film itself is Bollywood in every way. The template is regulation Aditya Chopra-Karan Johar—about "traditional at heart but modern in facade" youngsters. The lovers, Salma (Veena) and Nomi (Adnan), are like DDLJ’s Raj and Simran. They’re in love, sing mushy songs and dance in pretty fields. But here’s the catch: Salma has been betrothed in childhood to a silly city-slicker, Sameer (Babrik). The theme is a throwback to the 1950s Hindi films—rural innocence pitted against urban degeneration. Been there seen that.