Jaitley promises succour, belatedly, to aggrieved sectors. But is it too thin a supply of oxygen for India’s distressed? 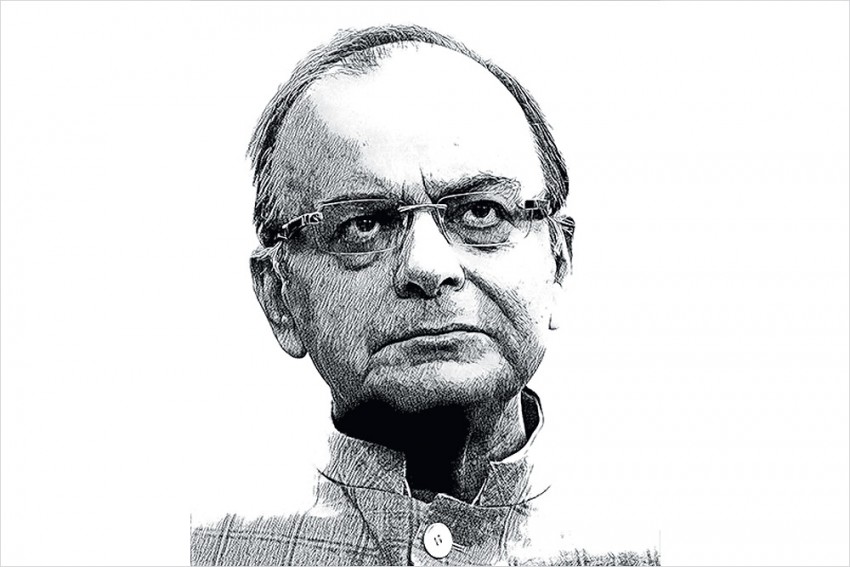 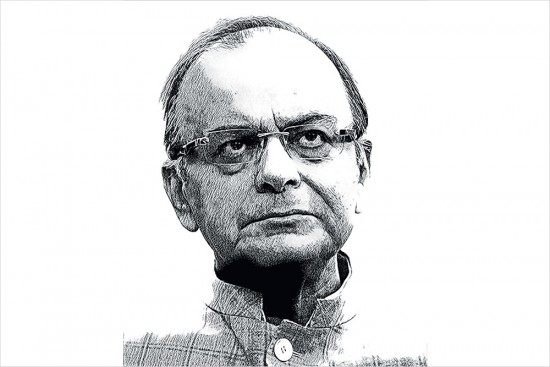 A pro-poor, pro-farmer language dominates. Even if the the middle class, the BJP’s core constituency, is alienated.

There’s a loud attempt to woo back a critical community the Narendra Modi government is widely alleged to have aliena­ted country-wide. Farmers are now being offered a raised minimum support price, while there’s a promise of heavy investment in the agriculture markets. Budget 2018-19 also proposes to aid the MSME sector that provides the bulk of employment. In all, the priorities remind one that this is finance minister Arun Jaitely’s last full Budget ahead of next year’s general elections.

Alongside is a major sop for the poor through a new health insurance scheme that is expected to cover 10 crore families or people five times more that figure. Whether it will replace the Rashtriya Swasthya Bima Yojana (RSBY) or be a parallel scheme is not yet clear. Even experts aren’t sure about the selection of the families eligible for the Rs 5 lakh per annum health insurance. “The National Health Protection Scheme is not backed by any budgetary allocation other than that for RSBY,” points out Subrat Das of the Centre for Budget and Governance Accountability. “There is a lot of stress on insurance where allocation for RSBY has increased from Rs 470 crore in 2017-18 (revenue estimates) to Rs 2,050 crore in 2018-19 (budget estimates).” As people await details on schemes to boost the farm sector and to impr­o­ve education and healthcare that figure among the key thrust areas in the Budget, alongside a continued push to infrastructure, the common man finds nothing new on the plate. In fact, he will be picking up part of the tab for a promised improvement in health and education facilities through a one per cent higher cess.

Dr D.K. Srivastava, chief policy advisor with EY India, says the Budget is on expected lines except for a “slippage in the fiscal deficit target”. That, he says, is entirely due to a revised estimate of revenue expenditure, which has exceeded the budgeted estimate by more than Rs 1 lakh crore. “A rise in tax revenue or in disinvestment returns couldn’t acc­ommodate it. Result: a significant rise in the base for next year also in percentage terms.” On capital expenditure, the estimate is “much less” than last year’s. “Had it been the other way round, it would have been a healthier trend.”

The focus on the farm sector is not enough to revive agriculture growth, says S. Mahendra Dev, vice-chancellor of Indira Gandhi Institute for Development Research. It won’t lead to doubling of farm income, as measures like fixing the MSP at 1.5 times the input cost are not clear, he tells Outlook. “Nor is it clear how the government is to implement the price deficie­ncy payment programme.” For, firstly, MSP is fixed only for 24 crops, and the government anyway procures only enough for the PDS or food security, Prof Dev points out. “Secondly, the rural market plan has been in the making for last several years, including during the UPA tenure. So far, institutional mechanisms for farmers—whe­ther in case of pricing or warehousing, food processing, exports or extension services—have all been lacking, whether through the public sector or PPP.”

Farmer leader Sudhir Panwar says for agriculture, the Budget is high on decibel but poor in gains. “As expected, the finance minister touched all issues faced by farmers but without any implementation mechanism,” he adds. He mocks at the minister’s claim of fulfilment of the election promise of 50 per cent of profit on input costs, rubbishing Jaitley’s statement of having already implemen­ted it for the rabi crop allegedly providing a  profit margin of 112 per cent on wheat and 72 per cent on gram. “Such calculations will hardly benefit farmers,” Panwar notes. “Similarly, increase of credit from Rs 10 lakh crore to Rs 11 lakh crore will enhance only private investment and add to farmers’ indebtedness.”

Dr Shashanka Bhide, director, Mad­ras Institute of Development Studies (MIDS), feels the Budget continues earlier initiatives, especially in the case of priorities for expenditure. For instance, the refo­rms relating to direct benefit transfers are set to strengthen, which will bring efficiency to programme impl­ementation. “The initiatives on health, education, affordable housing and rural infrastructure are within the overall framework followed over the years, with specific new emphases,” he says. “On the revenue front, there are no major chan­ges after the major GST reform of the previous year. This major reform needs greater attention to make it work.”

Mritiunjoy Mohanty, who teaches economics at IIM-Calcutta, points out that the Economic Survey 2018-19 did note the economy is yet to emerge from a historically unprecedented investment slowdown since 2012. “The Bud­get has rightly focused on rural output and inco­mes,” he says. “Whether this will spur rural investment without addressing the severe debt overhang is anybody’s guess. If not, expenditure on railway and airport infrastructure may not be sufficient to spur investment growth.”

Jaxay Shah, president of real estate developers’ apex body CREDAI, is confident that the government’s infrastructure push right from rural roads to affordable homes, metro connectivity, smart cities, housing for poor, among others will prove a shot in the arm. The plans rolled out by the government include building 31 lakh homes in urban areas and 51 lakh in rural areas, besides completion of 9,000 km of highways and doubling of 18,000 km of railway track.

On the socio-economic front, Jaitley focuses on the health needs of the poor and the pensioners. Development expert N.C. Saxena says one area the minister could have done more was enhancement of the National Social Assistance Programme payout of Rs 200 per month, which has remained unchanged for last several years. Currently, the poor not only suffer due to inadequate healthcare infrastructure but also find it tough to meet the expenses.

“The health insurance will do good to the 50 crore people if only the beneficiaries get cards and healthcare facilities are improved overall.”

The new health insurance is expected to benefit 50 crore people. To Saxena, the promise holds meaning only if the government acts quickly in not just identifying the beneficiaries and distributing the cards but also improving the healthcare facilities. Also, even as Jaitley acknowled­ges poor learning outcomes in a large number of schools at all levels, Saxena underlines that education, and all  other areas, including farm insurance and other government-run schemes, require more supervision and impact evaluation. “Unless you look at implementation and evaluation with naming and shaming, it is not going to yield any results,” he says. “Agriculture for instance has a large number of schemes but not enough review. Similarly, education needs more focus as outcomes show lack of quality.” The ruling BJP’s trade union arm is fuming. The Bharatiya Mazdoor Sangh has threatened agitations, starting with a countrywide demonstration immediately. The Budget has totally neglected the woes of labour, even though it has “for the first time” given more thrust to rural development, agriculture, health and infrastructure. “Anganwadi workers, ASHA karmis and other scheme workers who belong to the poorest-paid workers appointed under the central government have nothing as relief,” says BMS general secretary Virjesh Upadhyay. “Middle-class employees are unhappy with no increase in their ceiling for tax exemption; at the same time the cess on income tax is increased from 3 per cent to 4 per cent,” he says. “This was done at a time when the budget claims 41 per cent increase in the tax payers’ net.”

The government’s plans to merge the four public sector general insurance companies has greatly upset the BMS, which fears retrenchment. Having benefited from the energy major ONGC’s acquisition of the HPCL in exceeding its disinvestment targets, the plans for listing following a merger of the four insurance companies is expected to help the government meet its disinvestment target of Rs 80,000 crore for 2018-19 as against Rs 72,500 crore in 2017-18, which is now expected to reach Rs 1 lakh crore by this fiscal end

Overall, EY’s Srivastava says the net impact on infrastructure development will be limited even as the fiscal deficit target of 3 per cent has been shifted to FY 2021. Reason: the overall capital expenditure is coming down even as its focus is on infrastructure. “These reflect budgetary compulsions mostly driven by non-asset-forming expenditure. What it implies is that even as government dis-saving remains high, overall there is a continued fall in the savings rate,” he adds. “The two sectors responsible for this are the household sector and the public sector. When the savings rates fall, the corresponding investment rate also falls and this does not augur well for our long-term or potential growth rate.”

Prof Dev lauds government efforts to boost fisheries and animal husbandry through allocation of Rs 10,000 crore, but points out that mere allocation is not enough unless supported by proper imp­lementation. Agriculture investment—as a proportion of agriculture GDP—has decl­ined to 15 per cent in 2015-16 from 18 per cent in 2011-12. How the government proposes to revive it is not clear even as the old debate on investment versus subsidy remains unresolved.

One area of concern Bhide of MIDS voices is the maintenance of a balance between public investment in infrastructure and resources to meet the basic needs of the more vulnerable sections of the population. For, the expenditure growth in 2018-19 over the previous year is 10 per cent compared to the growth of 12 per cent in 2017-18. “Essentially, private investment revival, with the improved ease-of-doing-business metric in place, now will require clear signs of accelerating growth, both domestic and exports, although some tax measures may have helped,” he adds.