Keshubhai leads the charge against the Gujarat CM 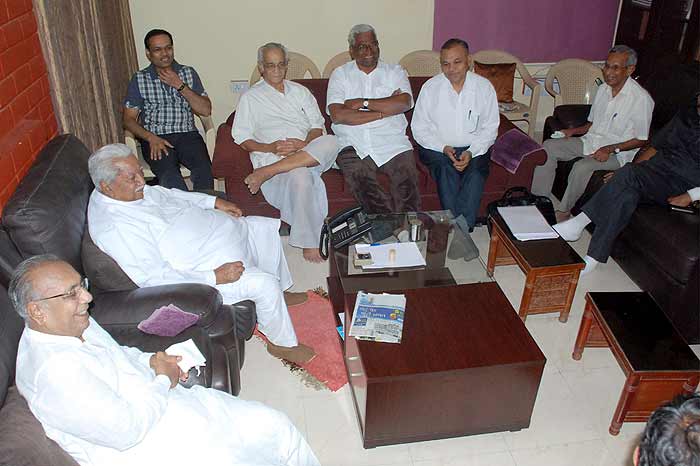 As Narendra Modi eyes New Delhi, dark clouds are gathering over the horizon in his home state in an election year. Veteran BJP leader and former CM Keshubhai Patel’s bungalow in sector 19 of the state capital, which until a few months ago looked deserted, is now buzzing with activity. Keshubhai had been disgruntled in 2007, but did not lead from the front. This time he plans to do exactly that and take Modi head-on. On the afternoon of May 30, stalwarts of the old brigade met at his residence to brainstorm on the future course of action. Besides Keshubhai, there were former chief minister Suresh Mehta, who had quit the BJP before the last assembly elections; former Union minister Kashiram Rana, who is still in the BJP but sidelined; former MP K.D. Jeswani; RSS leader Keshavrao Damle and one-time home minister in the Modi government and now Mahagujarat Janata Party president, Gordhan Zadaphia—all Modi-baiters. Mehta said the meeting was held primarily to discuss ways and means of creating awareness about the fear psychosis of Modi rule. But the possibility of creating a third front for the assembly polls was very much on the cards. It would be an interesting move at a time when the RSS at the national level is getting ready to back Modi even as Zadaphia who heads the set-up remains an integral part of the VHP and is considered close to its leader, Dr Praveen Togadia.

Modi’s treatment of Sanjay Joshi has also earned great sympathy for the pracharak who has spent years in Gujarat. Joshi has now been invited to attend Keshubhai’s birthday on July 24. The plan is that when Joshi comes by train, he will be welcomed at Gujarat stations by various Sangh parivar organisations who are permanently angry with Modi.

Attention will also be focused on a “grand” function of the Patel community slated to be held at Dholka in Ahmedabad district and organised under the banner of the Patidar Yuvak Mandal. Such community gatherings have leaders of all parties, including the Congress. The invitation card states—“Jay sardar kehvu, ek thak rehvu” (hail the sardar and remain united).”