Ever since I was framed by the CBI, several friends in the DMK have been trying to make me see the silver lining 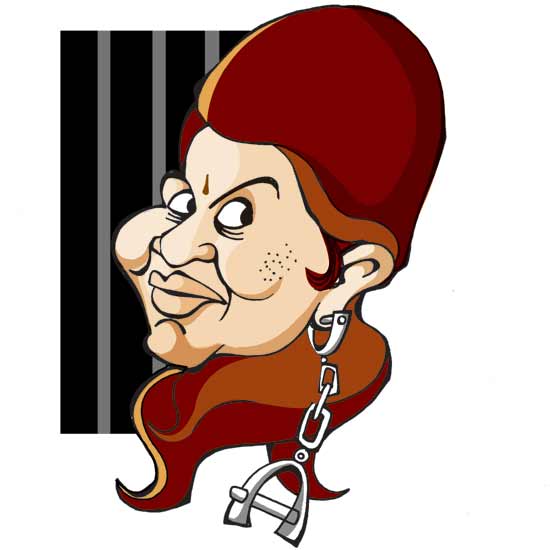 Within days of my being chargesheeted in the 2G kickback case, I received a mail from someone calling himself ‘Spirited Malayali’. He claims he had penned a few lines of poetry which he wanted to share with me. It went like this:

‘My heart aches and a drowsy numbness pains
My sense, as though of Spect(rum) I had drunk
Or emptied some dull wavelengths to the drains
One minute past, and Raja-like I am sunk...’

Now, the spirited gentleman claims the verse is an original, but it’s plain to see that he’s adapted the opening lines from Keats’ Ode To a Nightingale. Not that it particularly bothered me. You see, funny poems always cheer me up and, as for originality, I’m not the fussy type, being a fan of ‘inspired’ Tamil films and songs.

Incidentally, ever since I was framed by the CBI, several friends in the DMK have been trying to make me see the silver lining. “Kani, every mass leader, from Gandhi to Nehru, has spent time in jail. So, should they arrest you, it will do no harm. In fact, a few days in Tihar will only add to your stature,” said one leader. Azhagiri anna was certain the experience would strengthen me, maybe even teach me some lessons in time management. Stalin anna advised me to write a Gandhi-inspired ‘My Experiments With Spectrum’. “I understand that fellow Raja is writing his version of Mein Kampf. So you must not miss out on the opportunity. It’s time you wrote something more substantial than poetry.” He felt the book could be turned into a hit film or a puppet show with the Radia tapes as the soundtrack.

All that is very well but what about all those horror stories about life in jail? My...