From a Baby League to dreaming big, Mizoram is converting its DNA for football into an amazing success story 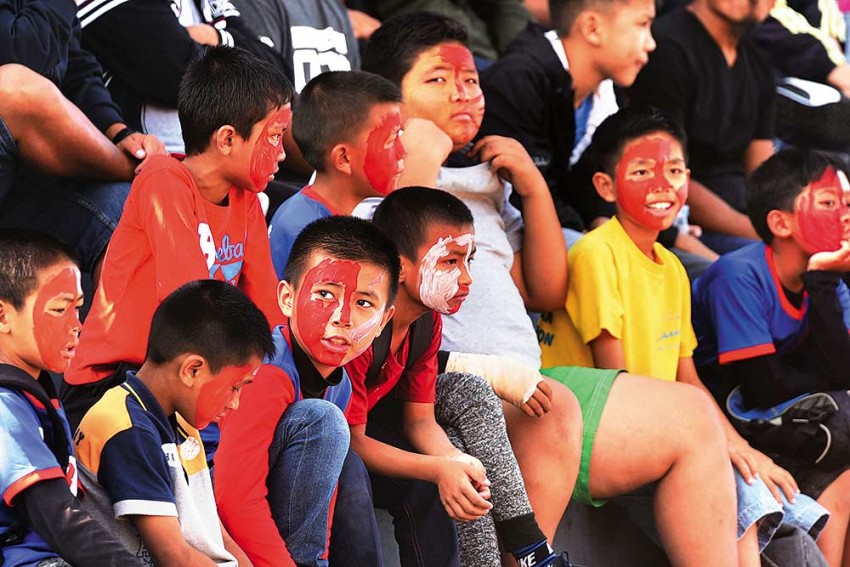 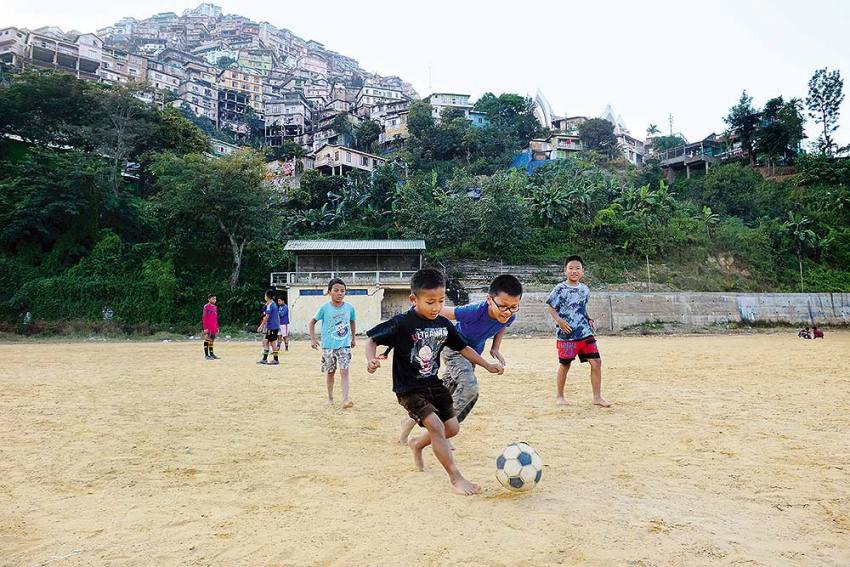 Youngsters jostle for the ball during a friendly match.
Photograph by Sandipan Chatterjee 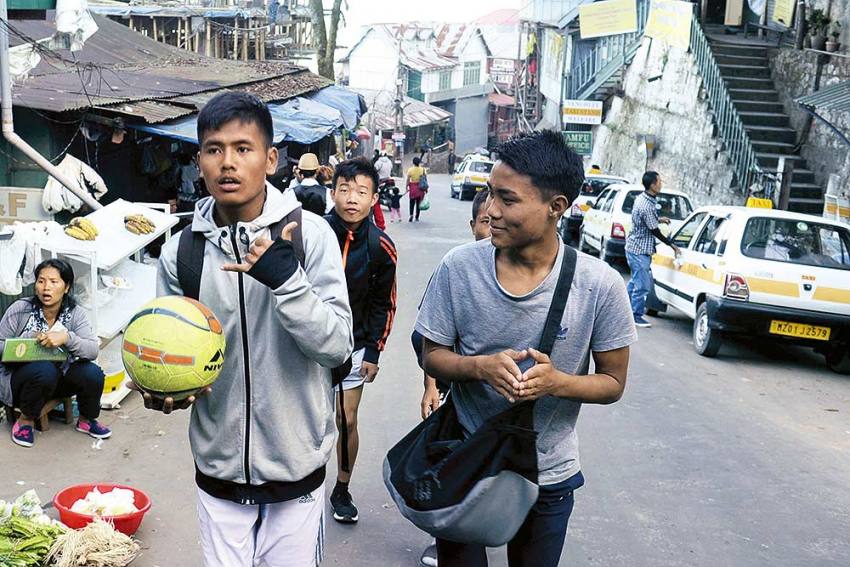 A young player returning from practice
Photograph by Sandipan Chatterjee 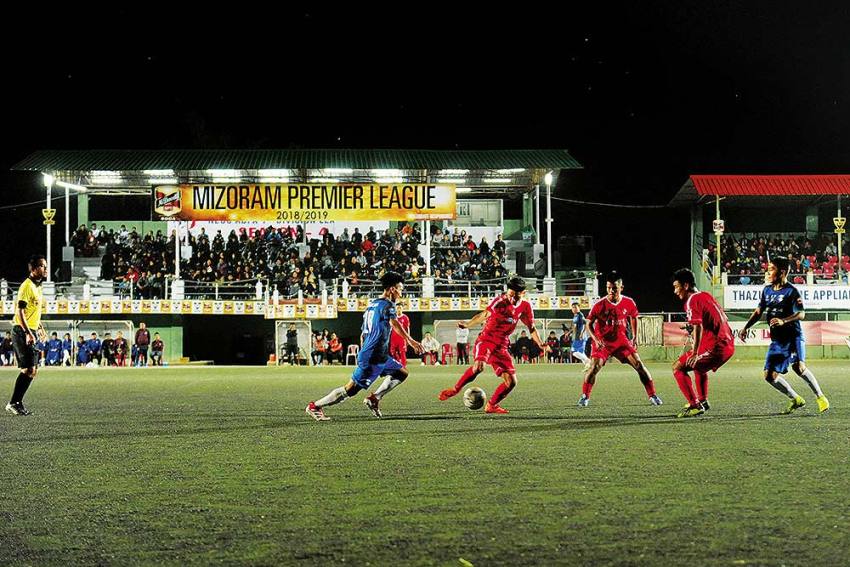 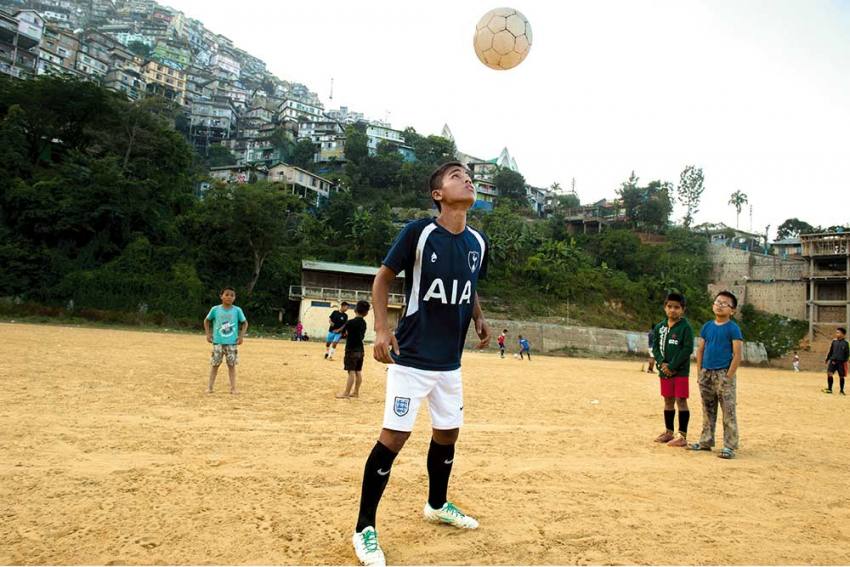 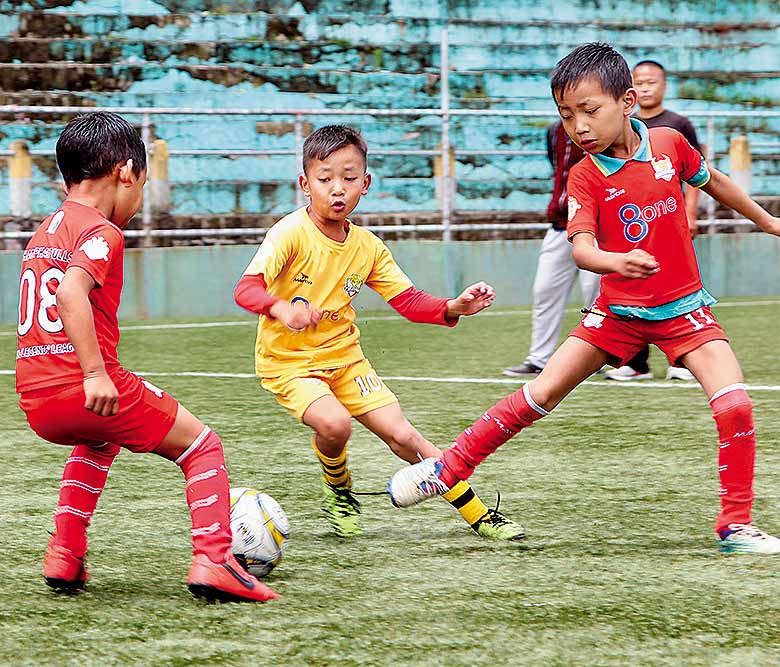 Mizoram is the first state to host a ‘baby league’ soccer tourney under a ‘Young Legends’ programme of the Mizoram Football Association.
Photograph by Sandipan Chatterjee 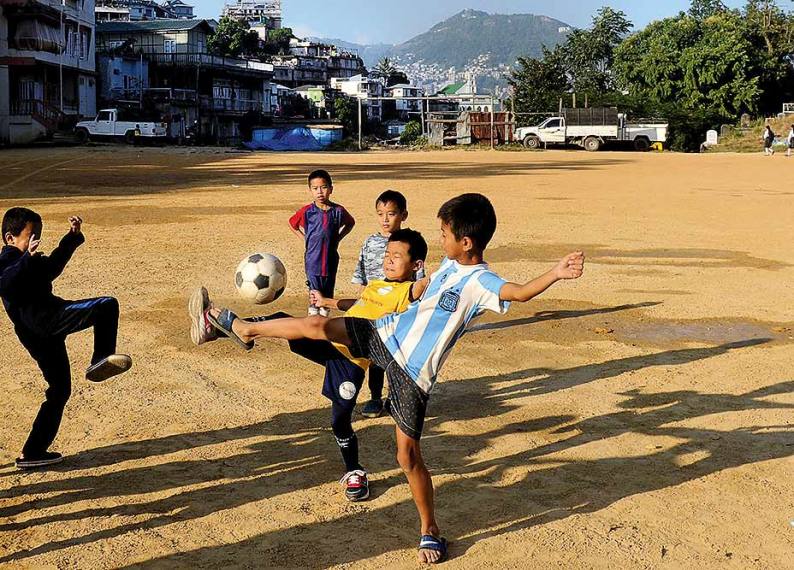 Enthusiastic boys at a playground in Aizawl.
Photograph by Sandipan Chatterjee 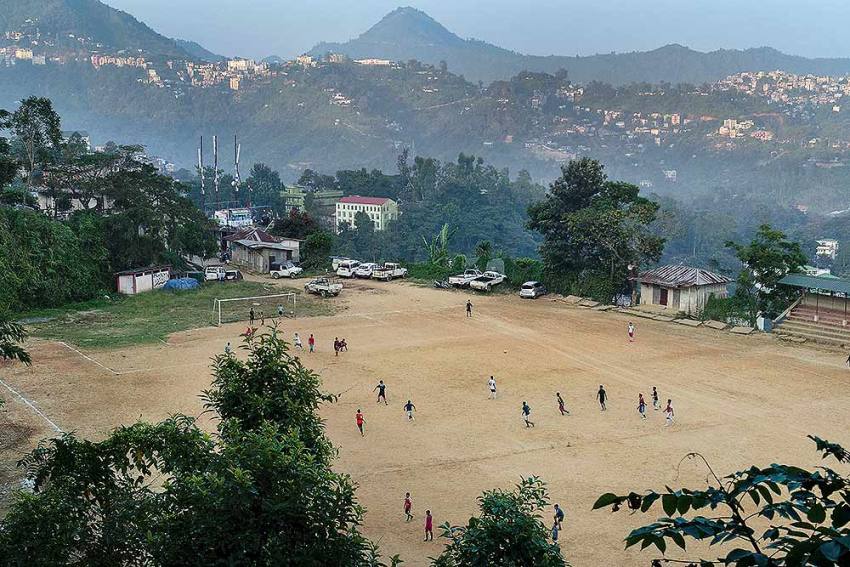 Darkness has just descended on the capital of Mizoram; the sun dipped beyond the peak that overlooks the playground in the heart of the picture-postcard hilltop city. But a group of youngsters are still playing, kicking up puffs of dust as they jostle for the ball in the hard, barren ground bereft of any grass from unrelented use. Some of the boys are in boots, most are playing barefoot. The youngest is bar­ely five years old. Among the 20-odd players is Lalmuanpuia Hmar, Wesley to his friends, a Class X student of Aizawl High School. And the 15-year-old is all concentration as he shows off his control over the ball—dribbling, balancing it on his toes, knees and even his back. “He is very good,” says a fellow player. “One day, he will play for Mizoram and even India”. Wesley is modest about his skills. “I am just learning. But I have a dream…”

Football in Mizoram is all about this dream. And the uncompromising Mizo passion for the beautiful game has turned the tiny state in India’s North­east into the soccer nerve centre in the country. It was only after Aizawl FC’s fairytale run the 2017 edition of the I-League that India took notice of Mizoram’s footballing genius. But for Mizos, it was the result of years of hard work and an unbelievably professional system of grooming talents that have started to show dividends. It is this dream and belief in themselves that have taken Mizoram to dizzying heights of success—the Santosh Trophy in 2014, National Games gold medal in 2015 besides victories in sub-junior, junior and the I-League. It’s what Lalngh­inglova Hmar calls “Mizoram’s destiny”.

Hmar—Tetea to all who know him—is the honorary secretary of the Mizoram Football Association (MFA) and the man credited with turning the P in passion into professionalism. “Skill comes naturally…But raw talent has to be polished to get the final product. That’s what we try to do,” Tetea tells Outlook.  The MFA, formed in 1973, also found ample support from the state government, led successively by Mizo National Front’s Zoramthanga and the Congress’s Lal Thanhawla, both of them equally enthusiastic football lovers.  From laying an artificial grass turf at the iconic Assam Rifles ground in Aizawl to building a state-of-the-art stadium and launching the game-changer, the Mizoram Premier League (MPL), the MFA has constantly led the game’s evolution in the state. The MFA organises four tournaments—the under-15, under-18, MPL and the veterans’ (above 40). Last year, Mizoram also hosted the first-ever ‘baby league’ in the country for players bet­ween 10-12. For the record, Mizoram also hosts the 200-team village league the biggest tournament in the country.

Catch them young is a mantra the MFA follows it seriously. And its scouts regularly visit various tournaments to look for raw talents. Under the MFA’s tut­elage, youngsters hone their skills and nurture their dreams. Among them is B. Lalpian­ghana, just 10 years old but already a master of his craft. “I want to be like Jeje,” he says. Jeje Lalpekhlua, 27, is the highest paid Mizo footballer who plays for Chen­naiyin FC in the Indian Super League. He was also India’s Player of the Year in 2015-16. Football has surely set the bar very high for young Mizos.

By Anupam Bordoloi in Aizawl; Photographs by Sandipan Chatterjee

Where Nexus Is Legitimate